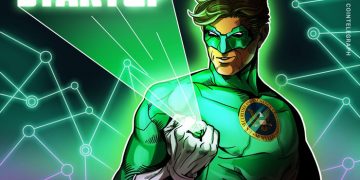 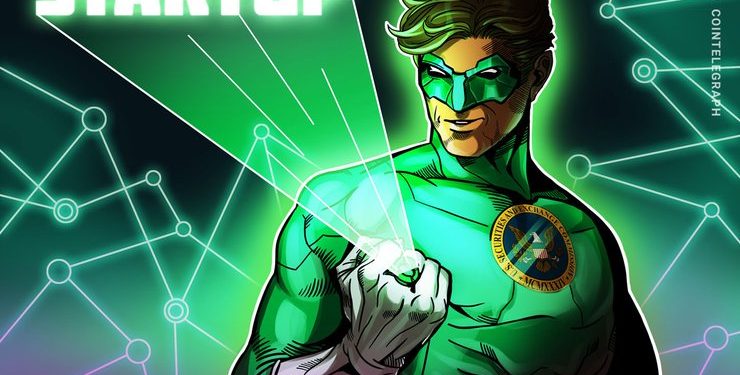 One of the most significant introductions that blockchain has made available in recent years is adding new tools through which companies can raise capital. The technology has made it possible to raise funds for a project from investors of just about any pocket size through initial coin offerings (ICOs) as well as security token offerings (STOs).

Typically, these investors put in their money not just in return for a big payday, but they’re usually believers in the project as well. These investors form the community around which new projects are built. This is the concept that popularized the colloquial term “hodl” in the crypto world. This is usually not the case in the traditional investment sphere.

Long-Term Stock Exchange (LTSE), which recently got approval from the United States Securities and Exchange Commission (SEC) to launch a new stock exchange, could soon make it possible for companies to also raise funds through traditional means. This means attracting the sort of committed, in-for-the-long-haul investors that we’ve seen in the crypto space — but through widely acceptable investment tools.

This could well prove to be a revelation for the crypto industry, since many companies operating in the space possess the characteristics that LTSE is after: early stage, sizeable long-term growth potential.

An LTSE spokesperson telling Cointelegraph that “the exchange will be available to companies in every industry” only supports that notion. The company, however, has not provided any further details on whether it expects to see a lot of interest from the crypto/blockchain industry. However, the fact that fintech-oriented investment funds like the Founders Fund and Andreessen Horowitz are backing the new stock exchange, potentially only adding to the excitement.

Should the crypto industry take a closer look?

Blockchain-based capital raising has developed from a unregulated model, through ICOs to the somewhat regulated model of STOs. A few firms — including U.S. online retailer Overstock.com-owned tZERO, Polymath, Securrency, Securitize and a few others — are building the infrastructure to allow companies to take advantage of the regulatory-compliant STO model to raise funds from committed investors that the blockchain world has been able to attract. The security tokens market, given its regulatory-compliant structure, appears to be in direct competition with LTSE.

However, the security tokens market has reportedly failed to live up to the expectations so far, partly because the investors who could bring liquidity to the market haven’t seen enough compelling reasons to take on the technological, regulatory and market risks associated with this new class of assets. For instance, liquidity at the security tokens exchange tZero has been reported low, and the company was reported making a loss.

LTSE, building on an already mature stock market, could become a viable alternative for both for blockchain-related and nonblockchain companies that may have been looking to leverage the security token market to raise funds from patient investors.

What problem is LTSE trying to solve?

For example, Jeff Bezos — the wealthiest man on earth, whose fortune is worth in excess of $100 billion — reportedly invested $3 million in Uber in 2011. The stake he bought then is reportedly worth about $400 million, as of Uber’s initial public offering (IPO) on May 10, 2019. If it were possible for a middle-income investor to invest $10,000 in the ride-hailing company at the same time as Bezos, their stake could now be over $1.3 million. But a stack of regulations makes it difficult for the average middle-income investor to participate at that level.

Early stage Coinbase investor Garry Tan alluded to this issue in a tweet:

LTSE aims to bridge this gap by encouraging early stage companies with long-term growth potential go public early. The hypothesis is that, if companies go public early enough, everybody can share in the newly created wealth.

The new stock exchange believes that companies delay IPOs mainly because of the market’s short-term thinking, which compels companies to focus on delivering stellar financial results from quarter to quarter. This, according to LTSE CEO Eric Ries, has led to a decline in innovation.

A recent survey of some hedge funds that invested in the popular ride-sharing company Lyft at IPO is an example of the near-term mindedness of the stock market. The survey showed that the investors didn’t believe in Lyft’s long-term prospects. Lyft went public via an IPO on March 29.

Vincent Ning, director of research and operations at Titan Invest, which conducted a survey on hedge funds revealed to the technology news publication Recode that some short-term oriented funds could be out of Lyft’s stock as fast as by the end of the first day of trading.

To potentially force market participants to adopt a longer-term view, LTSE is building a structure that would encourage growing companies to attract and reward long-term, patient capital in the public market. The stock exchange believes its own approach will help build more sustainable companies.

How does LTSE plan to encourage long-termism?

The company aims to mandate companies that list on its exchange to adopt a set of corporate governance principles that foster long-term thinking — both for the company and for the shareholders. It has developed a set of listing standards toward that vision.

The exchange will encourage listed companies to focus on publishing key indicators of future growth and limit emphasis on quarterly predictions. Another part of the principles is to encourage LTSE-listed companies to link executive pay and bonuses to projected performance over the coming decade, as opposed to the typical Wall Street status quo that links pay and bonuses to short-term achievements.

The board of LTSE-listed companies may also have set up a committee that will oversee and report on the company’s strategic plans for long-term growth. The exchange says it will have a structure that allows investors to keep their stake for longer in order to generate more voting rights. This could shield companies from investors with a short-term focus actively pursuing their agendas.

Existing exchanges including the New York Stock Exchange (NYSE) and Nasdaq have their own robust listing rules that contain corporate governance requirements in the same areas — voting rights, board composition — just like LTSE. They, however, do not appear to impose the long-term driven requirements that LTSE is proposing.

One significant downside of LTSE is perhaps that its attractiveness may be limited to just U.S. companies, since the exchange is basing its operations in the U.S. While foreign companies are able to list on the U.S. exchange, smaller companies that turn to the crypto market for funds may be overwhelmed by the listing requirements.

In such, the STO market, with its global reach, could still remain the best opportunity the small, non-U.S. companies have to gain access to long-term growth capital from public investors.

There’s also the possibility that the success of LTSE will validate the concept of giving companies access to public funds when they are starting out. A ripple effect could then lead to the growth of the STO market as well.

Moreover, since LTSE says it’s open to working with companies in every industry, coupled with the fact that some of its backers are pro-crypto, there could be a slew of opportunities for mutual growth.

Having a stock exchange on which crypto companies could list may level out the playing field between the crypto and other industries. This can also provide additional ammunition in the ongoing discussions on how to get traditional market players involved in the crypto sphere. So far, firms such as Bakkt and ErisX are leading the way — and if crypto firms obtain listings on LTSE, this will further promote the cause.