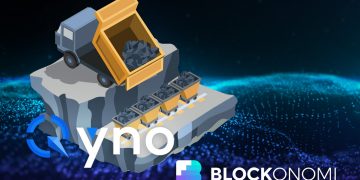 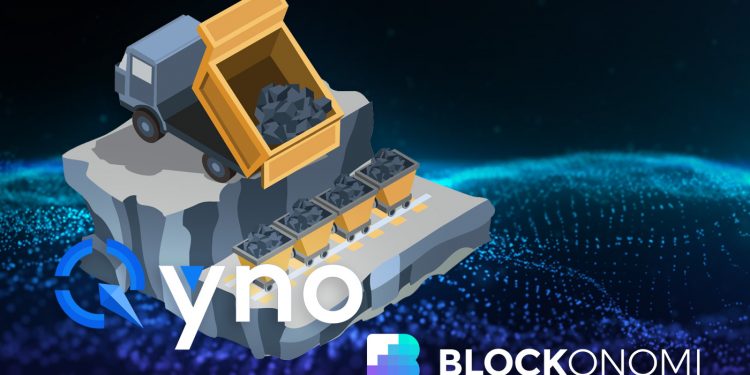 Qyno is a coin based on Dash, with many unique features. Qyno’s main goal is a fast cryptocurrency that everyone can use. Qyno has the same popular features of Dash, and aims to be a secure and instant cryptocurrency, with a mix of POW and POS mining, using masternodes. The masternodes get most of the block rewards. What is interesting about Qyno is the fact that the block reward is more of a slope then a downward line. The block reward starts out low, and gets higher as the blocks get mined, up until a point where it starts going back down. Qyno uses the NeoScrypt Algorithm, which is ASIC resistant.

Now that we know the details about Qyno, let’s get to mining some QNO!

One thing I would like to point out before we get started in this tutorial is the fact that the NeoScrypt algorithm runs much hotter than most mining algorithms. For example, if you take a look at my tutorial on mining Bitcoin Private (an equihash coin) at https://blockonomi.com/how-to-mine-bitcoin-private/ You can see that on the AMD mining picture my temperature reads around 47 Celsius (after running for hours it usually maxes out at 52 Celsius). For this tutorial, I ran the miner for 10 minutes and the temperature was around 70 Celsius (it got even hotter after running for a few hours)

The temperature differences of course will be different for everyone, even with the same software and hardware setup that I have. I just wanted to point this out though.

For this tutorial we will use https://tera.tn/. I have chosen this pool because the pool has low fees (0.5%) and seems to be the most popular pool for Qyno mining.

As for their features, there a medium large pool, with many different coins to mine.

For GPU mining there are many programs for Nvidia, but the one I have found to be the best is CCminer. The miner does not have a Dev fee. This mining software is compatible with Windows and Linux, however there are only precompiled binaries available for Windows.

You can find the official page and the download link at https://github.com/tpruvot/ccminer/releases

Replace “algorithm” with the algorithm you want to use. In this case we have to use “neoscrypt” For GPU mining there are many programs for AMD, but the one I have found to be the best is Claymore’s NeoScrypt AMD GPU Miner. The miner has a 2% Dev fee. This mining software is only compatible with Windows.

You can find the official page and the download link at https://bitcointalk.org/index.php?topic=3012600.0

If you are running large GPU’s (1GB of memory or more per GPU, jump down to the last part under the problems section, even if the mining software appears to work) If there are problems, you may not have enough virtual memory. You may need 16GB of virtual memory (for Vega GPU’s you need more like 16GB per GPU) to change this go to Control Panel -> System and Security -> System and the click Advanced system settings on the left. From there, click settings under the advanced tab. Next click change, and then on the third screen, uncheck automatically manage, choose custom size, and type in the size (in MB) for both text boxes. Then press the set button, and then the ok button.

How much Qyno will I earn per day? Hash rate: Enter your total speed (in Kilohashes per second) for all of your mining computers. This would be the “total speed” value in your mining software. Make sure to add up all of the computers your using for Qyno mining.

Power: Enter the total amount of power (in watts) that your mining rig is using. Some mining software will measure this for you. You can also measure total power consumption for your computer using special software, or a kilowatt meter. I prefer using a kilowatt meter, because I find it to be the most accurate. Make sure to add up all of the computers your using for Qyno mining.

#2 Look at the EX. volume 24h and the Market Cap. Generally, the bigger these are, the less volatile the price will be. We want the price to not be volatile so our calculations will be accurate for days to come. In this example, the market cap is tiny, so the price could change a lot day to day.

That’s it. You should now be mining Qyno! Make sure to type in your public key into the mining pool’s dashboard, to keep track of your statistics.

Regulators Are Landing Punches, But There’s a Long Crypto Fight Ahead