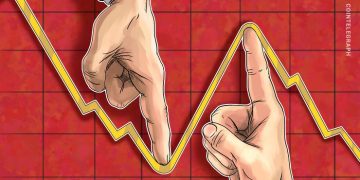 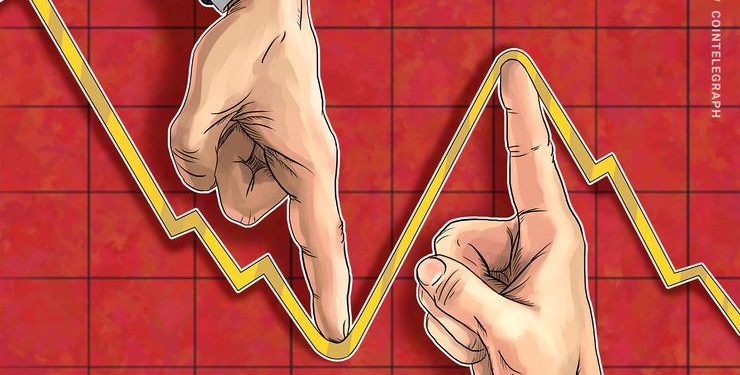 Monday, Oct. 22: markets have taken a slight downtrend after trading sideways last week, with 15 of the top 20 digital currencies by market capitalization in the red, and Bitcoin (BTC) trading around $6,400, according to data from CoinMarketCap.

The BTC price has been trading in a narrow corridor from $6,372 to $6,730 at its highest point during the day. The leading cryptocurrency has lost 0.45 percent over the last 24 hours, and is trading at $6,483 as of press time. In terms of its weekly performance, BTC has seen a price drop by 0.43 percent, per Bitcoin Price Index. 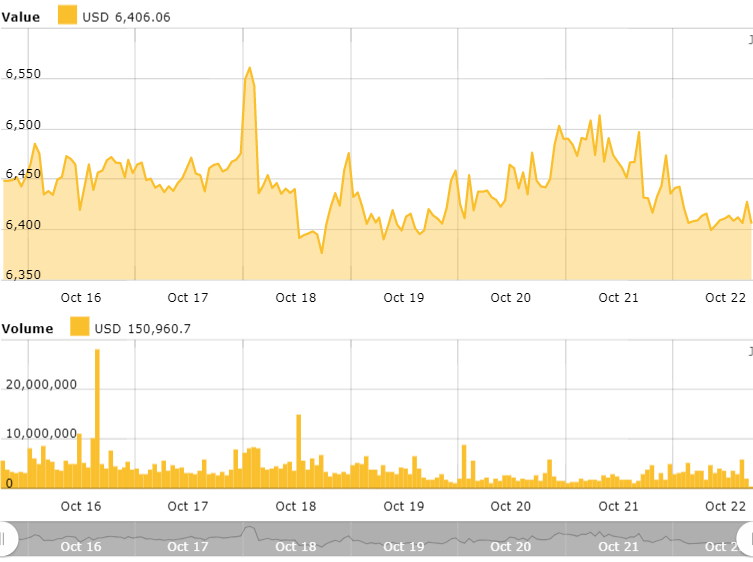 Ethereum (ETH) has seen larger losses on the day, with a 6 percent drop and trading around $201 at press time. Its weekly chart shows that ETH fell to as low as $202 on Oct. 19, while its highest point was $212 on Oct.16, subsequently correcting downwards and then sideways in the last few days. The second largest coin is down over 1.5 percent during the last 7 days, with monthly losses over 16 percent. 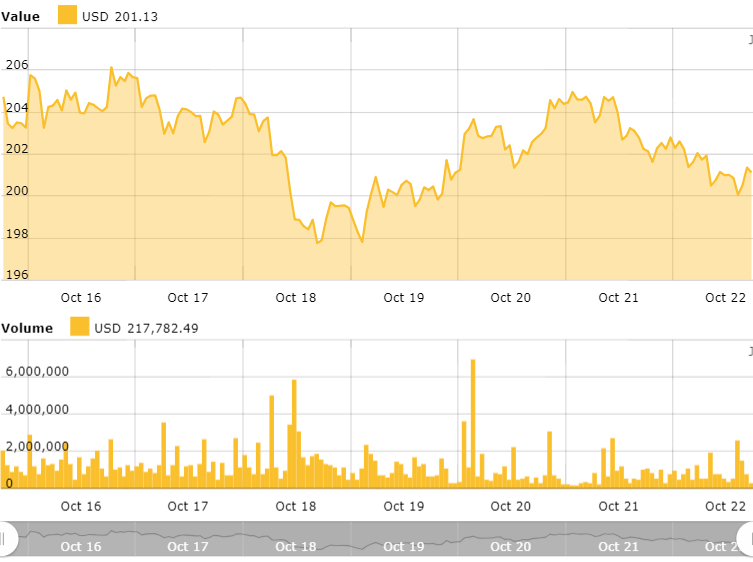 Litecoin (LTC) has gained 1 percent on the day and is trading around $53 at press time. On its weekly chart, LTC has declined from its peak of $55 on Oct. 16 echoing a similar value from Oct. 19. 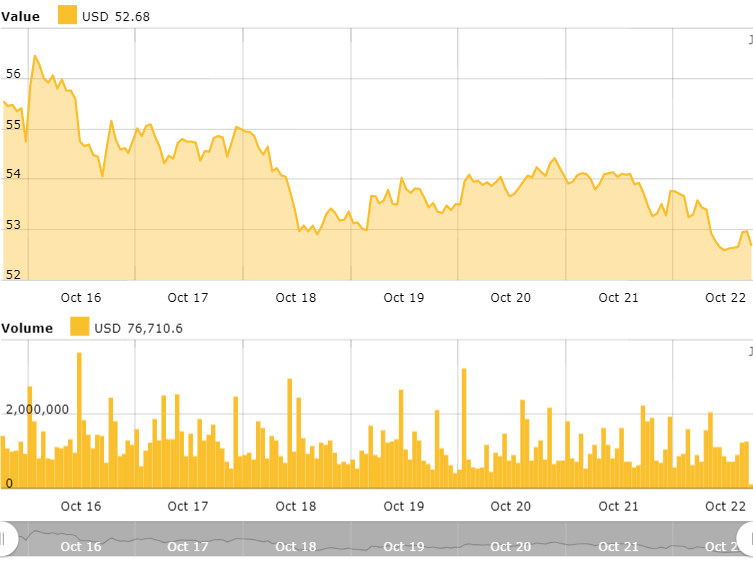 Tether (USDT) has seen a slight gain of around 0.33 percent, and is trading at $0.986 at press time. Today marks the higher price point of the coin over the last seven days, while its lowest point was $0.96 on Oct.18. 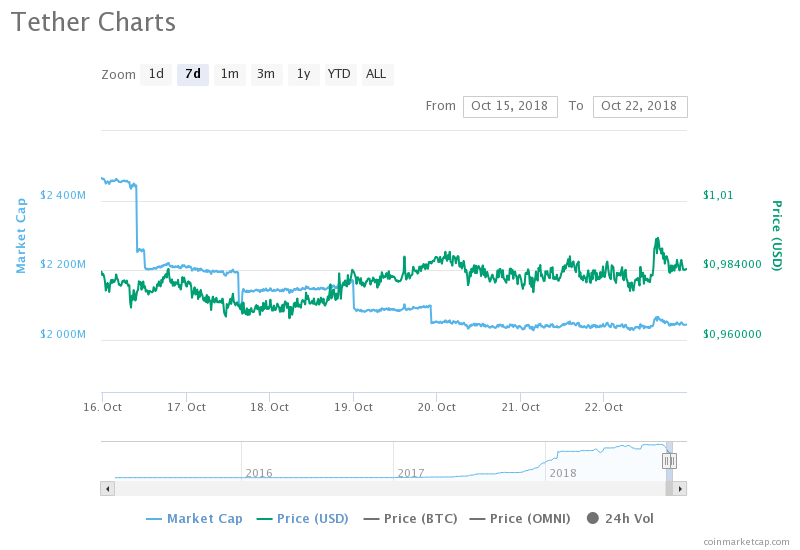 Total market capitalization of all digital currencies is over $209 billion at press time, up around $3 billion from its intraweek low of around $206 billion on Oct. 19. 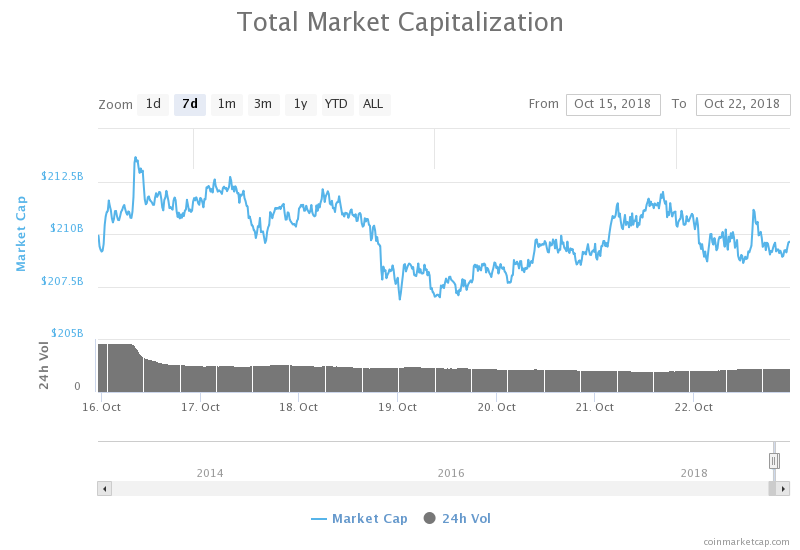 Digital currencies have mostly been trading sideways over the last week, though yesterday Oct. 21 the market saw a little momentum, with all the major cryptocurrencies making slight gains, and BTC trading back above $6,500. Total market cap saw a slight influx over the day, up to $210 billion from $209 billion.