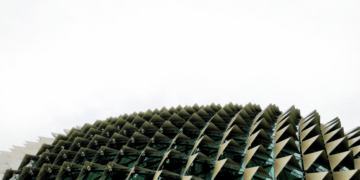 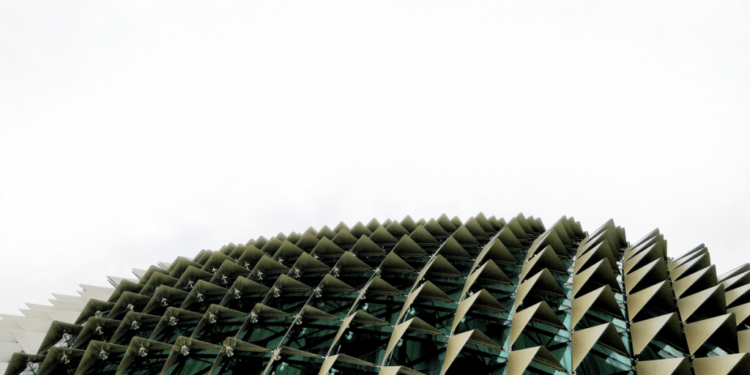 It is safe to assume that in today’s society, composing, sending, receiving, and interpreting email is second nature.
We do it on multiple devices, on the go, in meetings, at work, at home — you name it — and we do it quickly and easily.
If we asked Malcolm Gladwell, he’d say that of course we’ve collectively reached this level of competency because most of us have far exceeded the golden 10,000-hour rule.
But there’s something even more fundamental at work here: information standardization.

Our standard email contains the following fields: From, To, CC, Bcc, Subject, and Body.
Each field has a specific purpose and must meet a minimum standard in order to send an acceptable message.

Even within each field, there are norms and standards that must be followed.
For example, an email address structure might include [email protected]
Regardless of your service provider, the structure will remain the same.

This is how we should think about cross-border payment structures.
There must be a minimum level of data requirement if we are to ensure that the process is efficient, fast, defined, and scalable.
Unfortunately, there is no universal standard for cross-border payments, and the flaws have never been more apparent.

A World Without (Standards)

A network devoid of standardization in the realm of cross-border payment solutions is one of inefficiency and redundancy, with everything negotiated bilaterally or dictated by a central operator.
If that sounds dramatic, consider the email analogy again: there is a constant sense of palpable discord.

Historically, many different standards have been followed with varying degrees of consistency for cross-border payments.
As a result of incompatible or incomplete data formats, transactions that should be seamless and routine cause friction and confusion.
According to the Bank of England’s speech on the CPMI Building Blocks and Focus Areas for Enhancing Cross-Border Payments, 60 percent of payments require some sort of manual intervention, which can cost 25 to 30 times the cost of processing the payment itself1.

Even more fundamental is the definition of finality in a settlement. Without consistent standards, each institution on a network will have different expectations, resulting in contractual complications and disparate experiences across multiple partners.

To put it simply, global payment standards are fragmented.
Correction of what should be routine network activity frequently necessitates manual intervention, adding complexity, time, inefficiency, and cost.
Ripple, on the other hand, has identified and implemented the solution that our customers are using today.

Ripple is empowering its members to shape the future of cross-border payments.
Members — RippleNet customers who sign on to the membership agreement — drive the evolution of the standards in order to smooth the path to scaling and improve the payment experience on RippleNet.

When it comes to settlement finality, data standard practices, and data requirements, this means clarity over interpretation, unity over differentiation, and guidelines over guesswork.
RippleNet was founded on the principles of consistency, transparency, and equality, and it is proud to be taking the next step in global interoperability.

Every payment network has a “payment scheme.”
That is, each has its own definition of a governing rulebook.
The scheme usually includes transaction implementation guidelines, operational processes, technical specifications, and a slew of other member responsibilities.
On one end of the spectrum, there are many schemes that allow no member input at all.
On the other hand, there are flimsy, inconsistent data standards that cause network confusion.

RippleNet, on the other hand, hits the sweet spot.
There is a single rulebook that all members own equally and to which all members adhere.
More importantly, this rulebook is governed by the members – they have control.
Furthermore, RippleNet’s governance and participation model was designed to be inherently agnostic of institution type and location.
RippleNet does not distinguish between banks and payment providers; all members have direct access and a say in the network’s rules.

The first step was to address the issue of settlement finality on a peer-to-peer network in order to ensure that data standards were interpreted consistently across the network.
The ability to provide transparency and predictability to a party’s obligations in a payment, specifically when that obligation to make a payment transfers from one member to another, is equivalent to achieving this.
As a result, we devised a multilateral framework for what had previously been agreed upon bilaterally. The second step was to deal with the widely disparate data standards that can exist on a peer-to-peer network.
The key is to give each member the freedom to operate according to their jurisdictional requirements while standardizing data to bring predictability to the partnering process and consistent interoperability with domestic networks regardless of the payment’s origin and destination.
The members created a global standard for RippleNet through the formal governance structure and the support of Ripple — a minimum set of data that is required to be passed between members, with clear guidelines on position, formatting, and purpose of the data.

Because of this clear standardization of data, the RippleNet network can reduce inefficiencies, redundancies, and overall confusion.
This simplifies deployment and reduces operational overhead for RippleNet customers.

These standards are supported by ISO 20022, which is rapidly becoming the global standard for cross-border payment flows.
Ripple proudly announced in June 2020 that it had become a member of the ISO 20022 Registration Management Group (RMG) standards body — and the first partner focusing on Distributed Ledger Technology (DLT).
Participation enables Ripple to be the voice of members outside of the RippleNet ecosystem.

The world is convergent on a new global standard and moving forward.
We can’t say for certain what lies ahead, but we’re excited to be leading the charge into the next era of cross-border payments, network interoperability, and blockchain technology application in general.

Do you want to join on this adventure?
To learn more about how we’re changing the world of global payments, download this ISO 20022 one-pager.