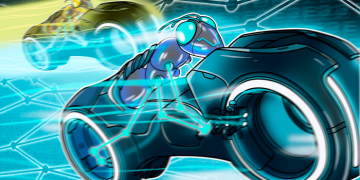 SWIFT Vs. Ripple — The Importance of Speed in Cross-Border Payments

SWIFT Vs. Ripple — The Importance of Speed in Cross-Border Payments 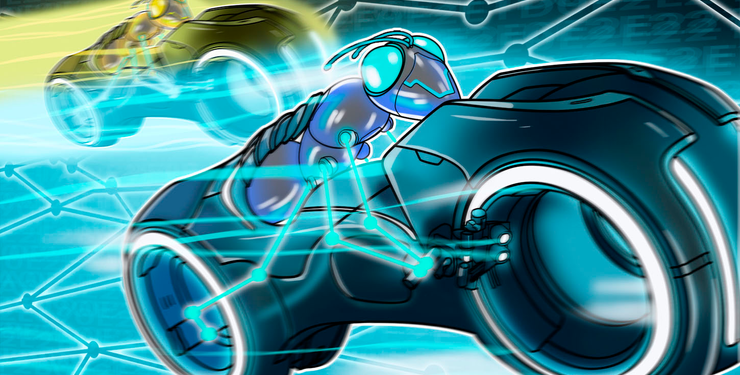 The emergence of blockchain technology has undoubtedly altered the course of global digital payment development. With the likes of Ripple and Facebook’s Libra challenging the monopoly of banks and other financial institutions, mainstream players like SWIFT, Visa and Mastercard have been forced to seek significant improvements to the legacy system.

Moving forward, the burning issue appears to be relevance. Blockchain systems run on the premise of replacing the legacy system with a more secure and efficient payment infrastructure. The mainstream players seem forced to face the quintessential evolutionary puzzle of “adapt or die out.”

Like in every technological race, competitors have to figure out which parameters will give them an edge over the rest of the playing field. Transaction speed, security and cost-efficiency are a few of the pain points in the modern-day cross-border remittance industry.

Faster, cheaper and even faster

The move is part of SWIFT’s plans of enabling instant settlement capabilities through its Global Payments Innovation (GPI) in the wake of imminent competition from the likes of Ripple. SWIFT also promises that the new system will reduce the cost of adoption for financial institutions that use the framework.

Related: XRP, Libra and Visa to Fight It Out for Cross-Border Remittance Crown

Usually, the balancing act for most projects is how to attain two out of the three parameters previously listed. For cross-border remittance, technological innovation arguably takes care of the speed and cost components. Blockchain companies such as Ripple promise transaction settlements in as little as four seconds, costing a few cents to move money from one corner of the globe to another.

Cointelegraph spoke with Kenny Li, the CEO of Worthyt and a blockchain technology commentator, about the overall importance of transaction speed in the developing cross-border remittance arena. According to Li:

“I do think that people care about speed, definitely. Speed and convenience are more important, even in the blockchain space. That’s why people are willing to trade the security of decentralization and ownership with the convenience of speed on centralized exchanges. So, I do think that the fast ones will win. But I don’t think you need to be the fastest. Fast enough is enough. Visa does around 1-2k transactions per second (tps). There are blockchains that can already do that with delegated PoS — Proof of Stake, (EOS being the prime example, and I’m sure Libra will have no trouble with it as it also seems to use delegated PoS).”

Li, however, maintained that transaction throughput on its own isn’t the be-all and end-all for a system like global remittance. Explaining further, Li opined:

“Once you hit a threshold then the rest is just bragging rights. I think that threshold may be 3-5k tps (rough napkin estimate based on an assumption of Visa’s market share, penetration in firewalled countries like China, global penetration, and the fact that one system is unlikely to be a monopoly).”

Take Ripple, for example: The company says XRP can handle 1,500 TPS and is scalable up to 50,000 TPS. On a global scale, 50,000 TPS might even be considered overkill. However, is being the fastest and the cheapest enough for blockchain systems to displace the traditional banking apparatus?

The burden of banking

Commercial banks around the world tend to hold accounts with correspondent banks overseas to implement cross-border wire transfers, usually over the SWIFT network. Blockchain payment proponents like Garlinghouse say the Nostro/Vostro account mechanism creates delays and inefficiencies in the system.

For wire transfers via a system like SWIFT, the participating banks need to have correspondent relationships abroad. A correspondent bank makes or receives payments on behalf of another financial institution in a different country.

According to the Bank of International Settlements (BIS), global correspondent banking relationships are declining by the year. Apart from the shrinking nature of the network, BIS reports that it is becoming even more concentrated, thus worsening the lack of access to international payments for historically disenfranchised remittance corridors.

The emergence of new international payment methods is one of the reasons identified by BIS that is responsible for the decline of the correspondent banking network. An excerpt from the report reads:

“The continuing decline in the number of correspondent banking relationships in many countries around the world remains a source of concern. In affected jurisdictions, there may be an impact on the ability to send and receive international payments, which could push people into using unregulated and potentially unsafe ‘shadow payments’ with further consequences for growth, financial inclusion, and international trade.”

Thus, while SWIFT can attempt to match Ripple’s speed, the correspondent banking relationship might mean it is only a faster iteration of the current system. Also, with some corridors already having trouble being served by legacy finance, newer payment portals might constitute a better proposition.

For Ripple, banks do not need to hold correspondent relationships abroad to facilitate wire transfers. Instead, financial institutions acquire Ripple’s xRapid software and use XRP as a bridge currency for instant cross-border remittance.

Blockchain companies, however, have to worry about the regulatory implications of their business model. Where SWIFT can operate from a trusted position as a legacy system, Ripple and the likes need to satisfy regulators in multiple jurisdictions.

The emergence of Facebook’s Libra project also carries with it the possibility of increased regulatory scrutiny for all things crypto- and blockchain-related. Even Ripple’s CEO has concerns that the company could become caught in the middle of regulatory firestorm ignited by Libra.

Fully blockchain or a hybrid of DLT and centralized systems?

In the pursuit of the most efficient framework for cross-border payments, projects likely have to consider the tradeoff between centralized and decentralized architectures. However, there appears to be an emerging trend of utilizing hybrid systems that take the best from both worlds.

Back in June 2019, Cointelegraph reported that SWIFT has plans to allow firms running distributed ledger technology (DLT) systems to use its GPI platform. Visa also announced a new centralized payment network for business transactions that incorporates elements of decentralized technology.

There is also the Fnality Consortium that plans to use utility settlement coins to facilitate point-to-point cross-border payment transactions. Major banks from the United States, Europe, and Asia are already part of the project. Like the Visa B2B Connect initiative, Fnality sits at the heart of the inter-bank matrix, eliminating the complex intermediary steps for international payments. While the areas of focus appear to be different, the operating philosophies exhibit some striking similarities.

As events unfold in the developing payment environment, there appears to be an emerging trend of legacy systems and novel innovators copying aspects of each other’s operations. Mainstream actors like SWIFT and Visa are developing protocols that will interface with DLT systems, while Ripple is seeking to acquire the trusted status of the established financial apparatus as a gateway to ensuring its network becomes the de facto channel for global remittance along multiple payment corridors.