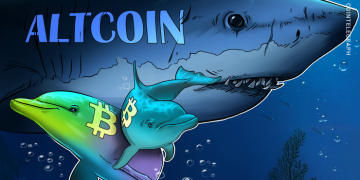 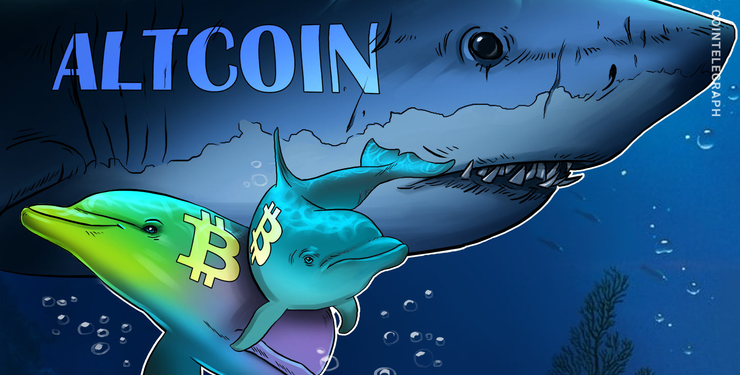 Bitcoin (BTC) whales may have made headlines this month, but its wealth is more evenly distributed in 2019 — the opposite of major altcoins.

That was among the findings of research by Clovr, which analyzed wallets and transactions from various cryptocurrencies in November.

The results showed that Bitcoin’s wealth distribution has improved versus 2018, but among the top altcoins by market cap, whales are controlling more and more of the supply.

According to Clovr, which excluded wallets known or suspected to be attached to exchanges, Bitcoin’s Gini coefficient — a measure of wealth distribution — fell from 0.66 to 0.64 this year.

Combined with the lower number of accounts needed for whales to theoretically conspire to control the blockchain, altcoins show themselves to be much more vulnerable than Bitcoin.

For whales to group together and control more than half the supply, the minimum number of controlled wallets for Bitcoin is 4,545.

Contrast that with Ether, where requires just 322, and Bitcoin Cash’s 1,109. Litecoin (LTC), another major altcoin, could be cornered from just 189 wallets.

Beyond the big players, the research also found wealth inequality to be much more severe among major tokens on the Ethereum blockchain, or ERC-20 tokens.

Chief among these were Huobi Pool Token (HPT), the native currency of exchange Huobi’s mining pool, which had a Gini coefficient of 0.99 where 70% of the tokens are owned by a single address.

Across ERC-20, the smaller the token’s market cap, the bigger the wealth inequality problem becomes.

“If centralized wealth worries you as a cryptocurrency investor, then it may help to avoid buying tokens with a market capitalization of less than $100 million,” researchers recommend.

As Cointelegraph reported, major transactions continue to catch the attention of analysts, particularly those whose origin or destination is unknown.

In September, a 94,000 BTC transaction saw its recipient wallet become what appeared to be the richest not belonging to an exchange.

Whale movements can also impact the market, as was allegedly the case last week when one of Bitfinex’s biggest traders appeared to “prop up” BTC/USD with a transaction worth 800 BTC (at the time $5.7 million).