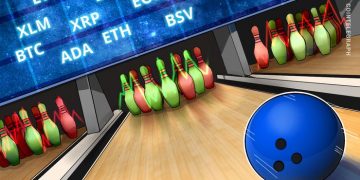 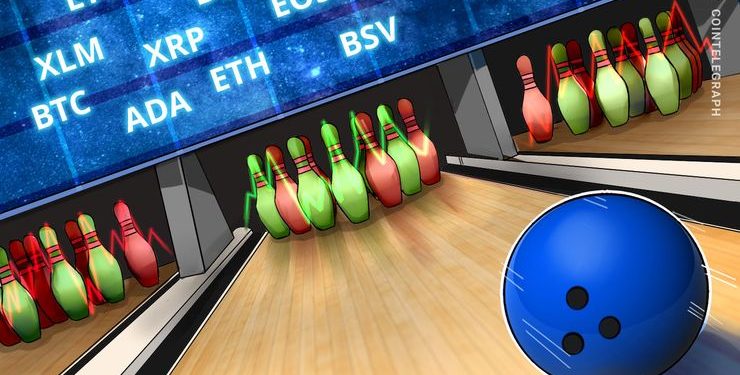 When markets were rising, the novice traders believed they can never go down, and one must only have the courage and patience to HODL. However, after this year’s nerve-racking correction, most of those same traders now believe that the cryptocurrencies are going to zero. They were wrong on the way up, and they are wrong again on the way down. The fundamentals are getting better and are pointing to a better future.

Mike Novogratz, former hedge fund manager and Goldman Sachs Group Inc. partner said that the markets are sober now, as the speculative mania is gone. He remains bullish and believes that Bitcoin is not going to zero, it is just in a “methadone clinic.”

The most popular twins in the crypto space, Tyler and Cameron Winklevoss, are also undeterred by the current bear market. They have launched a new mobile crypto trading app with various investment features. Their crypto exchange, Gemini plans to enter the Asian crypto space in 2019.

But not everyone is bullish about the future. Harvard University Professor of Economics and Public Policy Kenneth Rogoff believes that the long-term value of Bitcoin is “more likely to be $100 than $100,000,” as reported by The Guardian.

We, however, believe that the current fall is a good buying opportunity, but the traders should not expect a vertical rally. The markets are likely to form a large base before starting a new uptrend.

Bitcoin is currently trading inside a descending channel. The bulls have been attempting to defend the $3,500 mark for the past three days. A break of this first support will result in a retest of the Dec. 7 low of $3,329.05.

If the bulls hold $3,500, the BTC/USD pair might pull back to the resistance line of the channel, just below the 20-day EMA. We expect this level to act as a stiff resistance.

Though the moving averages continue to fall, the RSI has been forming a positive divergence for the past few days. This is a bullish sign. If the price climbs above the 20-day EMA, we can expect the pullback to reach the next overhead resistance of $5,000.

If the bulls hold the support and break out of the 20-day EMA, we expect the XRP/USD pair to rally to the 50-day SMA. A sustained move above $0.4 will increase the probability of a rally to the top of the channel at $0.5. Therefore, we suggest traders hold on to their existing long positions.

The RSI has been forming a positive divergence, which increases the possibility of a pullback. On the upside, any recovery attempt will face resistance at $102.5, the 20-day EMA and at $130.5.

If the ETH/USD pair plummets below $83, the downtrend will resume. Its next lower target is $66. The traders can wait for a bullish pattern to develop before entering any positions.

Stellar is trying to pull back from the lows. It has broken out of the downtrend line, which shows some respite from the incessant selling. The recovery will gain strength if the price breaks out of $0.13427050. On the upside, the 20-day EMA and $0.184 will act as major hurdles.

On the other hand, if the XLM/USD pair turns down from the overhead resistance and breaks $0.10488320, the downtrend can extend to $0.08. The down sloping moving averages and the RSI in the oversold territory suggest that the downtrend remains. We shall wait for a new buy setup to form before proposing any trades in the pair.

EOS has broken out of the downtrend line, which suggests that the intensity of the selling has reduced. But the trend remains headed downward, as both moving averages are still falling, and the RSI is in the oversold zone.

If the bulls break out of the immediate resistance of $2.1733, the pullback can extend to the 20-day EMA, which is likely to act as a stiff resistance. A break above this can carry the EOS/USD pair to $3.8723.

If the next dip doesn’t break the low of $1.55, we can confirm that a bottom is in place. However, if the next dip breaks the Dec. 7 low, the digital currency can fall to $1.2. We suggest traders wait for a reversal pattern to form before entering any long positions.

Currently, the bulls are attempting to push the price back above $94. If successful, the BCH/USD pair will continue to trade in the range of $92.13–$115.61. Both moving averages are falling, and the RSI is deep in the oversold territory. This confirms that the trend is down with no signs of a reversal yet.

The first sign of buying will be when the bulls break out and close (UTC time frame) above $116. In such a case, the pullback can extend to the 20-day EMA. Though the digital currency has a history of vertical rallies, we suggest traders wait for buying to resume before attempting a trade in it.

While the other cryptocurrencies are showing signs of bottoming out, Bitcoin SV is facing selling at higher levels.

For the past five days, the BSV/USD pair has been falling gradually and has reached the bottom of the range. A break below the range can result in a retest of $38.528.

On the other hand, if the bulls bounce from the bottom of the range, we can expect the digital currency to reach the top of the range at $123.98. Trading inside a price range can be volatile, so we shall wait for a break out of the range before recommending a trade in it.

Litecoin has been consolidating close to the lows for the past five days. Though the price has stayed above the low of $23.1, it has not been able to move up. This shows a lack of buying at higher levels. The trend remains in favor of the bears as long as the price is below the downtrend line.

A return of buyers will be signaled when the LTC/USD pair sustains above the 20-day EMA. The RSI has formed a bullish divergence, which is a positive sign.

Aggressive traders can wait for the price to close above the 20-day EMA and establish long positions with a short-term target of $40. The stop loss can be placed at $23. The traders should keep the position size at only about 30 percent of usual because it is a countertrend move. If the digital currency slides below $23.1, it can reach $20.

TRON has formed a symmetrical triangle, which is usually a continuation pattern. However, in some cases it acts as a reversal pattern as well.

Conversely, if the TRX/USD pair breaks out and closes (UTC time frame) above the triangle, it has a pattern target of $0.02055867. However, we believe $0.0183 will offer a stiff resistance. If the digital currency doesn’t break down or break out of the triangle within the next few days, the pattern will be invalidated.

Cardano has been consolidating close to the lows. It is currently facing resistance at $0.35. Any recovery is likely to face resistance at the 20-day EMA. If the bulls break out of this resistance, a rally to $0.456 and thereafter to the 50-day SMA is probable.

The RSI is developing a positive divergence, which is a bullish sign. But still, in a downtrend, traders should wait for the price to show an uptick before jumping in to buy because positive divergences turn out to be bear traps.

If the ADA/USD pair turns down from one of the overhead resistances and slides below $0.027237, the downtrend will resume. The next stop on the downside might be $0.025954. We can’t find any reliable buy setups yet, so we are not recommending a trade in it.