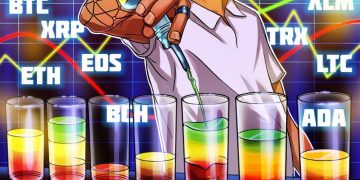 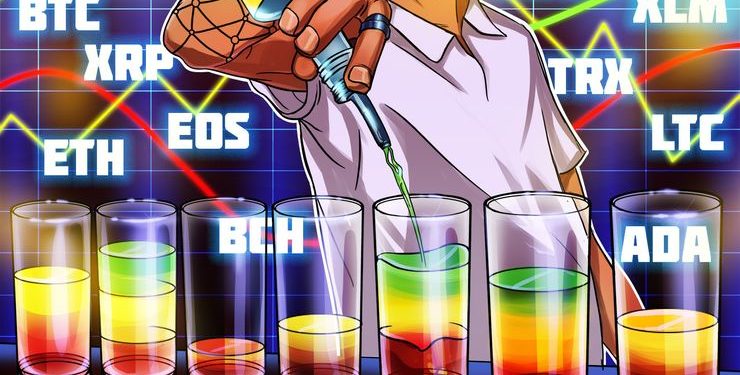 While some are predicting the end of cryptocurrencies, the co-founder and CEO of Twitter Jack Dorsey has projected a very bullish future for Bitcoin (BTC). During a podcast with Joe Rogan, Dorsey said that he sees Bitcoin as the Internet’s native currency, his point of view later supported by Binance CEO Changpeng Zhao.

In a poll conducted by Finder.com.au, crypto experts predicted that Bitcoin will see a reversal of fortune in 2019 and can rally to $7,000 by the end of the year. The most bullish forecast among the respondents was made by COO of Digital Capital Management, Ben Ritchie who put the number at $9,500 by the end of 2019.

Mike Novogratz, CEO of crypto bank Galaxy Digital tweeted that the crypto prices might take longer to turn around. However, he is confident that the institutional players will take the plunge and carry the market higher.

We believe that cryptocurrencies are at a tipping point. A breakdown from the critical support levels will extend the bear market, while a sharp move up could signal a probable bottom.

Small range trading action continues in Bitcoin (BTC). The bulls could not push the price above the 20-day EMA in the past two days, which shows weakness.

The bears will now attempt to push the price to the critical support at $3,236.09. A break of this level will resume the downtrend and negatively affect the sentiment. The next support on the downside is at $3,000, which is a psychological threshold. If this level also cracks, the slide could extend to $2,600.

On the other hand, if the bulls scale above the 20-day EMA, the BTC/USD pair will rise to the 50-day SMA. We shall turn bullish if we see a range expansion to the upside that sustains for at least a couple of days. Such a move will indicate strong buying and a probable change in trend.

The downtrend line has been acting as a stiff resistance since late November of last year. A break out of this line is likely to attract further buying. We might propose long positions on a breakout and close (UTC time frame) above the downtrend line.

Conversely, if the bulls defend the support at $0.27795 and push the price above the 50-day SMA, the XRP/USD pair is likely to pick up momentum. We believe that a break out of the 50-day SMA can propel the pair to $0.4, with a minor resistance at $0.38239. The traders can initiate long positions as recommended in our analysis on Jan. 30.

Ethereum (ETH) turned down from close to the overhead resistance on Feb. 3. The 20-day EMA is sloping down, and the RSI is below 50 levels, which shows that the bears have the advantage.

A breakdown of the support at $103.2 will be a negative development that can drag the ETH/USD pair to the next support at $83. If that support also breaks, the downtrend will resume.

A failure to rise above the moving averages will invite selling that can sink the EOS/USD pair to the critical support of $2.1733. A breakdown of this support will result in a drop to $1.7746, and below that to $1.55.

On the other hand, if the bulls break out of the moving averages, a rally to $3.05, followed by a move to the top of the range at $3.2081 will be possible. We shall wait for the price to close (UTC time frame) above the 50-day SMA before suggesting a trade.

Bitcoin Cash (BCH) is facing stiff resistance at $121.3. The 20-day EMA is also located just above this level. Hence, we expect it to act as a major hurdle. If the price turns down from the current levels, it can again drop to $105 and below that to the low at $73.5. The failure of the bulls to scale the 20-day EMA shows that the sellers still have the upper hand.

The BCH/USD pair will show strength if it sustains above the 20-day EMA. On crossing this resistance, a rally to $141 is probable. With the 50-day SMA close to this level, we expect another roadblock at $141. After this level is scaled, the pair is likely to pick up momentum. We might suggest long positions if the price closes (UTC time frame) above $141.

A small positive is that the bulls have managed to sustain above the breakout level of $33 since scaling it. If the price rebounds sharply from $33, we anticipate a move to $36.428, and above it to $40.784. The traders can retain their stop loss at $27.5.

Conversely, if the bears sink the LTC/USD pair below $33 and then below the moving averages, it will be a bearish sign. Support on the downside is at the small uptrend line, and below it in the support zone of $27.701–$29.349. A breakdown of this zone will be a negative development that can plunge the pair to the yearly low of $23.090.

Tron (TRX) fell below the 20-day EMA repeatedly from Jan. 31 to Feb. 4, but the bears could not capitalize on the falls. The lower levels attracted buying, which pushed the price back above the moving average.

If the bulls fail to break out and sustain above the overhead resistance, the bears will again attempt to sink the pair below the 20-day EMA. The important levels to watch on the downside are $0.02306493, and below it $0.02113440. We recommend traders hold their long positions with the stop at $0.023.

Stellar (XLM) continues to trade near the yearly lows without any signs of a sharp bounce. Both moving averages are trending down and the RSI is in the oversold zone, which shows a lack of buying support even at these levels.

Nevertheless, if the XLM/USD pair turns around from the current levels and rises above the 20-day EMA and the 50-day SMA, it can reach $0.13427050. A break out of this resistance could carry the pair to $0.184, which will act as a major hurdle. We shall wait for the price to scale above the 50-day SMA before turning positive.

The failure of the bulls to achieve a strong bounce from the critical support level shows a lack of buying at the higher levels. The falling 20-day EMA and the RSI in the negative zone show that the sellers are overpowering the buyers.

Conversely, if the BSV/USD pair bounces sharply and rises above both moving averages, it can rally to $102.58, and above it to $123.98. We shall wait for the pair to show some strength before proposing a trade in it.

Cardano (ADA) could not climb back into the ascending channel for the past three days, which is a negative sign.

The bears will now attempt to plunge the ADA/USD pair below the support at $0.036815. If they are successful, it can result in a fall to $0.027237. The 20-day EMA is sloping down, and the RSI is stuck around the 40 levels, which shows that the sellers have the upper hand.

However, if the bulls defend the support at $0.036815, the pair will again attempt to rise into the channel and scale the moving averages. We shall wait for a trend reversal to be signaled before turning positive.

A Court Date for QuadrigaCX: What to Expect at Tomorrow's Hearing