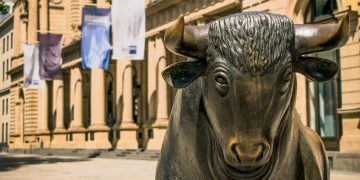 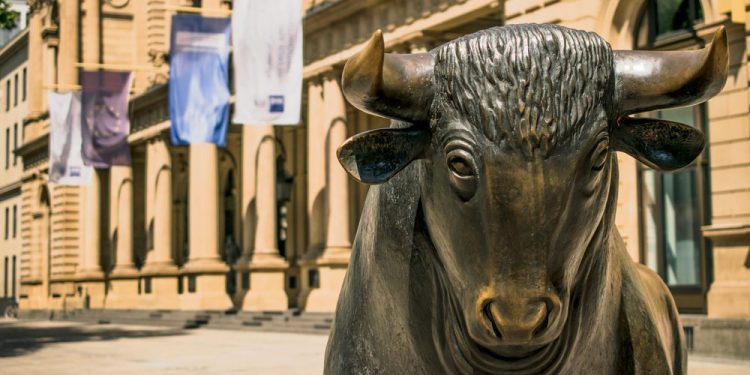 A widely tracked bitcoin price indicator is about to flash a bullish signal for the first time in five months.

The moving average convergence divergence (MACD) histogram, a technical tool used to gauge trend strength and trend reversals, looks set to cross above zero on the weekly chart next week.

That would be the first positive (bullish) reading since mid-August, as seen below.

A crossover to positive territory is considered a confirmation of bearish-to-bullish trend change. Meanwhile, a crossover below zero is taken as a sign of bearish reversal.

Seasoned traders would argue that the MACD is a lagging indicator, as it’s based on moving averages and the upcoming bullish crossover could end up trapping buyers on the wrong side of the market, as it did in 2018.

The histogram crossed above zero in September 2018, signaling a bullish reversal.  That, however, failed to inspire the bulls and the cryptocurrency remained sidelined above $6,000 for the next five weeks before falling sharply to below $5,000 in mid-November.

Essentially, the MACD’s bullish cross turned out to be a bull trap.

However, back then, the broader market conditions were bearish. The cryptocurrency had charted a series of lower highs since topping out at $20,000 in December 2017.  The situation is quite different so far in 2020.

The sell-off from the July 2019 high of $13,880 ran out of steam near $6,400 in mid-December and the cryptocurrency has been better bid ever since.  More importantly, bitcoin broke out of a falling channel two weeks ago, indicating a resumption of the rally from the April 2019 low of $4,100.

Additionally, the historically price-bullish mining reward halving (a bitcoin supply cut) is due in May.

As a result, the MACD’s impending move above the zero could bolster the bullish setup, strengthening the case for a rise to the high of $10,350 reached in October.

Bitcoin is trapped in a sideways channel on the 4-hour chart.

It’s worth noting that $8,461 is also the low of the bearish outside-day candle created on Jan. 19. So, a move below that level would validate bullish exhaustion signaled by the candle and invite stronger selling pressure.

On the higher side, acceptance above the channel resistance at $8,750 would shift the focus to $9,000.

At press time, bitcoin is changing hands at $8,640 on Bitstamp. The global average price, as calculated by CoinDesk’s Bitcoin Price Index, is seen at $8,650.