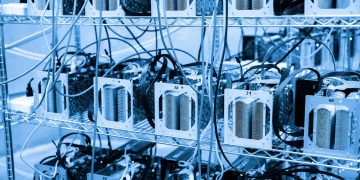 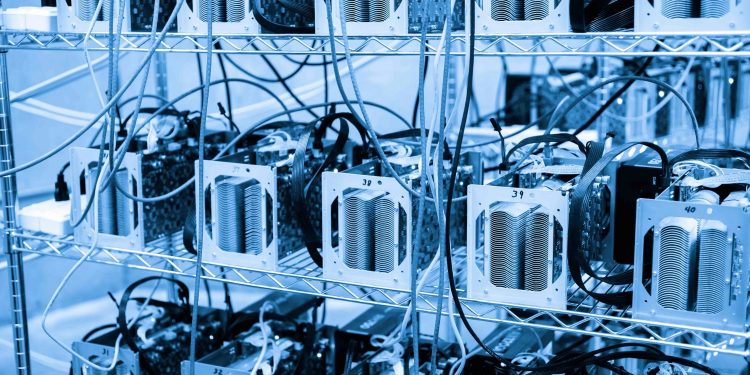 Based on a seven-day average, the hash rate has risen sharply from approximately 93 exahashes per second (EH/s) on Dec. 30 to more than 106 EH/s on Sunday. The best day overall was Jan. 1 when the hashing power exceeded 119 EH/s, surpassing the previous record of 114 EH/s set back in October.

Bitcoin’s hash rate has increased considerably over 2019, rising from a weekly average of 40 EH/s at the beginning of the year to 80 EH/s by September.

That shift corresponded with the rise in bitcoin’s price from roughly $4,000 to more than $10,000 over the same timeframe. The hash rate first crossed the 100 EH/s milestone on Sept. 26, but it wasn’t until late October that it stayed above 100 EH/s for more than a day.

A plus-100 EH/s rate has become an increasingly frequent sight, with only one day so far this year reporting under the new benchmark.

Hash rate is a measure of the processing power dedicated to a blockchain. A high hash rate means more miners are working on the bitcoin network, suggesting it is increasingly economically viable at both the current bitcoin price and difficulty level. A report published in September predicted that bitcoin’s two-week average hash rate would cross 100 EH/s at the end of 2019.

Bitcoin’s difficulty level automatically adjusts to ensure that block time stays broadly at around the 10-minute mark, regardless of how many miners are working on the network. It adjusts every two weeks, the last being on Jan. 1 when it increased by 6.75 percent, the largest since September.

Plummeting cryptocurrency prices in 2018 forced many miners to shut up shop, with only the largest able to remain profitable. The industry faced an existential crisis as recently as last April when a government agency in China – home to more than two-thirds of all bitcoin mining operations – called mining “undesirable.”

However, the situation looked brighter for miners last year as the bear market faded. More than half a million new application-specific integrated circuit (ASIC) rigs are estimated to have come online in Q3 2019, following a summer in which the bitcoin price more than doubled.

In recent days, bitcoin prices have taken an upturn, rising nearly 10 percent from lows near $6,850 seen on Friday. The rise may have set the cryptocurrency up for a bullish trend shift, charts suggest, further encouraging miners.

2020 is set to be a crucial year for many miners looking to increase their capacity. Bitcoin’s block reward is expected to halve to 6.25 BTC in the coming months. While Bitmain is expected to make job cuts in anticipation of a drop in revenue, according to Chinese media, other companies are significantly scaling their operations.