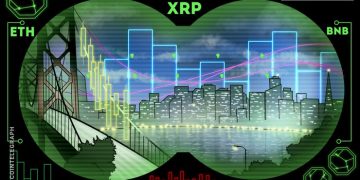 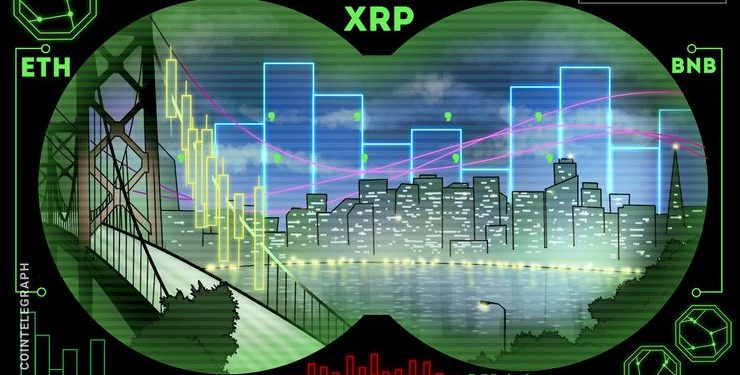 Billionaire investor Tim Draper believes that crypto and fiat currencies will reverse their roles in five years. According to Draper, fiat will mostly be used by criminals, while cryptocurrencies will be used for regular day-to-day transactions.

Tesla CEO Elon Musk also said that “crypto is a far better way to transfer value than pieces of paper.” He praised the structure of Bitcoin, calling it brilliant. However, Musk thinks that Tesla should not enter the cryptocurrency industry, and should instead focus on accelerating the advance of sustainable energy.

Musk and Draper are not the only ones who are confident about the future of cryptocurrencies. In a survey of millenial traders by eToro, 43 percent of the respondents said they had less trust in the United States stock exchanges than in cryptocurrency exchanges.

So, is this a good time to dive into the crypto market? Let’s look at the charts and try to find out.

Bitcoin (BTC) closed above the downtrend line on Feb. 18, triggering our buy recommendation provided in the previous analysis. We had suggested buying only 30 percent of the desired allocation to minimize our risks. The remaining amount can be added when the leading cryptocurrency scales above $4,255.

If the recovery continues, a rally to $4,255 will be likely. Above this level, the BTC/USD pair will complete a double bottom pattern which has a target objective of $5,273.91.

Conversely, if the pair turns down from the current levels, it will find support at the downtrend line, and below it at the moving averages. A breakdown of these support levels will indicate weakness and can plunge the virtual currency towards the low. The downtrend will resume below $3,236.09.

Ethereum (ETH) is facing profit booking close to the psychological resistance of $150. If the bulls scale this level, a rally to $167.32 will ensue. Traders can continue to hold half of their long position with a tight stop, and keep the stop on the rest at $125.

The moving averages are on the verge of a bullish crossover, and the RSI is in the overbought territory, which is a positive sign.

If the ETH/USD pair doesn’t move up within the next couple of days, a retest of the breakout level of $134.5 will be on the cards. A bounce, following a successful retest of the breakout level, would show strength and increases the probability of a rise to $167.32. However, if the bears sink the pair below $134.5, it can drop to the moving averages.

Although Ripple (XRP) spiked above $0.33108, it could not close (UTC time frame) above this level. Hence, our suggested trade did not trigger.

Both of the moving averages are flat, and the RSI has entered into the positive territory. This shows that the trend is showing signs of a reversal. If the bulls sustain above $0.33108, a rally to $0.40 will be probable.

Hence, the traders can buy on a close (UTC time frame) above $0.33108 and keep a stop loss of $0.275. We shall raise the stop loss at the first available opportunity.

Our expectation of a trend reversal will be invalidated if the bears force the price to turn down from the current levels. If that happens, the XRP/USD pair is likely to remain range bound for a few more days.

EOS has met our first target objective of $3.8723, where it is facing selling. If the bulls don’t push the price above this resistance quickly, it is likely to enter into a correction or consolidation for a few days. The traders can protect half of their long positions with a tight stop, and trail the remaining with the stop loss at $2.9.

The 20-day EMA has turned up and the 50-day SMA is flat. The RSI has entered into the overbought zone, which shows that the buyers have the upper hand in the near term.

On the other hand, if the bears reverse direction from the current levels and sustain below $3.2081, it will signal weakness.

Litecoin (LTC) had a one-day pause at the resistance of $47.246, after which the bulls have resumed the recovery. The first level to watch on the upside is $56.910. If this level is crossed, the next target will be $60, and above it $70. The traders should trail 50 percent of the positions closely, so as to lock in the paper profits when the upward move stalls.

As the LTC/USD pair has broken out of the critical resistance after a long time, remaining long positions can be held with a slightly deeper stop loss at $40. We want to give some wiggle room to the pair to move up because the trend is changing.

The 20-day EMA is sloping up, and the 50-day SMA has also started to turn up. The RSI is close to the overbought zone. This clearly shows that the bulls are in command.

Our positive view will be negated if the price turns down sharply from the current levels and plummets below both of the moving averages.

Presently, the bulls are attempting to sustain above $141 and push the price higher. If successful, the BCH/USD pair can move up to $163, and above it to $175.

Our bullish view will be negated if the price slips below $141 and plunges below the moving averages. For now, the traders can keep their stop loss at $116. We shall try to trail the stops higher at the first available opportunity.

Stellar (XLM) has cleared the hurdles at the 20-day EMA and the downtrend line, but is currently facing resistance at the 50-day SMA. While most other major cryptocurrencies are way above their lows, Stellar is still struggling near the lows. This shows that it is an underperformer, so we are not suggesting a trade in it.

A break out of the 50-day SMA will be a positive move that could carry the XLM/USD pair to $0.13427050. The 20-day EMA is flattening out, and the RSI has also risen into the positive zone. This shows that the buyers are slowly returning back in action. Still, we shall turn positive only after we find a bullish trend reversal pattern.

Conversely, if the price turns down from the 50-day SMA, it can again drop towards the recent lows.

The bulls are trying to push Tron (TRX) above the downtrend line. If successful, they will make another attempt to clear the critical overhead resistance at $0.02815521.

Although we had expected Binance Coin (BNB) to face some resistance in the zone of $10–$12, the current momentum looks strong enough to carry the coin out of it. Both of the moving averages are sloping up, and the RSI is in the overbought zone. This shows that the bulls are in command and any dip is likely to find a strong support at the 20-day EMA.

Our bullish assumption will be invalidated if the BNB/USD pair fails to break out of $12. In such a case, it might consolidate between $10 and $12 for a few more days before making a decisive move in either direction. We might suggest a short-term long position above $12 if we spot a good risk-to-reward setup.

Cardano (ADA) has been consolidating between $0.036815 and $0.051468 for the past three months. The bulls had attempted a breakout of this range in early January but failed. After that, the bears tried to break down of the range in early February but could not do so.

Currently, the ADA/USD  pair has approached the top of the range. A break out of this will be a positive move and can start a new uptrend. Therefore, traders can buy on a break above $0.056100.

Conversely, if the bears defend the top of the range, the pair will remain range bound for a few more days. A breakdown of the range will be a negative development that can retest the lows.