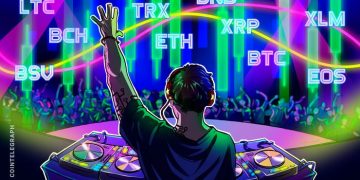 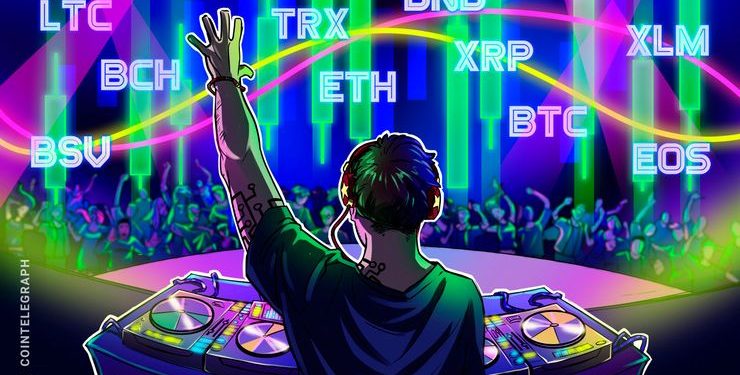 Crypto companies are attracting talent from traditional industries. This shows that firms in the crypto space are preparing for the long-term, undeterred by the current bear market. Similarly, traditional companies are attempting gain footing in the crypto space. Ernst & Young, one of the Big Four auditing firms, has come up with a tool for calculating taxes on crypto holdings. The software will cater to both institutional and retail clients.

Japan is among the leaders in adopting cryptocurrencies. Major Japanese banks are gearing up towards improving blockchain and cryptocurrency services to their clients. The government of Argentina has also taken the plunge as it plans to invest in crypto projects along with Binance labs and crypto exchange LatamEx.

Rumors are rife about Starbucks — which is one of the founding partners of Bakkt — allowing the use of crypto-based payments shortly after an equity deal. If this becomes a reality, it will increase the exposure of cryptocurrencies.

Every day the crypto markets are treated to improved fundamentals. It is only a matter of time before the price of cryptocurrencies responds positively. What do the charts forecast? Let’s find out.

Bitcoin (BTC) held on to the 50-day SMA support and climbed above the 20-day EMA on March 5. This shows buying at lower levels, which is a positive sign. If the bulls continue the buying pressure and breakout of $3,900, a retest of $4,255 is probable.

Currently, both the moving averages are flat and the RSI is marginally positive. This points to a consolidation in the near term.

On the contrary, if the bears defend the overhead resistances and sink the digital currency below the 50-day SMA, a drop to $3,355.00 is probable. If this level breaks, the critical resistance is at the yearly low of $3,236.09. For now, traders can retain the stops on their long positions below $3,236.09. We shall soon recommend trailing the stop loss higher.

Ethereum (ETH) took support at the 50-day SMA and bounced off it. Currently, it is facing resistance at $144.78. Both the moving averages are flat and the RSI is just above the midpoint. This points to a consolidation in the near term.

The next up move will start on a break out above $145. The target of this move is $167.32. If this level is scaled, the ETH/USD pair will pick up momentum. Hence, traders can continue to hold the remaining long positions with a stop loss of $125.

If the price reverses direction from the current level and breaks down of the 50-day SMA, it can plummet to $116.30, which is a major support. Below this level, the trend will turn in favor of the bears.

Ripple (XRP) has largely been range bound between $0.33108 and $0.27795 from Jan. 11. Repeated attempts to break out of the overhead resistance have failed to sustain above it. Both the moving averages are flat and the RSI is also at the midpoint. This points to a balance between demand and supply.

EOS successfully completed a retest of the breakout level on March 4 and bounced from it. It is currently at the overhead resistance of $3.8723. If the bulls push the price above this level, a rally to $4.4930 is probable.

Both the moving averages have curled up and the RSI has jumped into positive territory, which shows that the bulls have the upper hand.

However, if the EOS/USD pair fails to break out of $3.8723 and plunges below $3.1534, it will indicate weakness. Therefore, traders can trail the stop loss on the remaining long positions to $3.10.

Litecoin (LTC) took support at the 20-day EMA and rallied on March 5. It broke above the overhead resistance of $53.40 and invalidated the developing bearish head and shoulders pattern. Failure of a bearish pattern is a bullish sign.

The LTC/USD pair is currently hitting against the $56.91 resistance. If the price scales above this level, it can move up to $61.5680 and above it to $65.5610. Traders can trail their long positions with a stop loss of $44. If the price closes (UTC time frame) above $56.91, stops can be raised to $50. As partial profits have been booked earlier, traders can trail the stop with enough wiggle room, but protect the paper profits.

Our bullish view will be negated if the digital currency turns down from the current levels and plunges below the 20-day EMA. The only bearish development on the chart is the negative divergence on the RSI.

A failure to break out of $140 will keep the pair range bound for a few more days. The bears will gain an upper hand if the price drops below $120. For now, traders can hold their long positions with the stop loss at $116.

Binance Coin (BNB) soared above the overhead resistance of $12 on Feb. 5. It is now likely to rally to $15 and above it to $18. Traders can trail the stops on their long positions to $10. We shall raise the stops again within the next couple of days.

The trend remains up, with both moving averages sloping up and the RSI close to overbought levels. After the sharp rise on March 5, the BNB/USD pair might consolidate for a few days before resuming its up move.

Our bullish view will be invalidated if the price turns down from the current level and slips below the 20-day EMA.

Conversely, below $0.08184371, a retest of the lows is probable. The XLM/USD pair will resume its downtrend if it slides to a new yearly low.

Though Tron (TRX) dipped below $0.02306493 on March 4, buying at lower levels helped it recover and close (UTC time frame) above the support.

The bears are trying to defend the 20-day EMA, which is sloping down. If the TRX/USD pair turns down from current levels, it will again try to break below $0.02306493.

On the other hand, if the price rises above the 20-day EMA, it will move up to the 50-day SMA, which is flat, indicating consolidation. The next major move will start after a breakout of $0.02815521 or on a breakdown below $0.02306493. Until then, volatile range bound action will continue. We shall wait for a breakout and close above $0.02815521 before suggesting any long positions.

Though Bitcoin SV dipped below $65.031 on March 4, the bears could not take advantage of the opportunity and break below the $60–$58 support zone. This shows demand at lower levels.

Our bullish view will be invalidated if the bears defend the overhead resistance and sink the digital currency below $58.

Ripple CEO Brad Garlinghouse on JPM Coin: Other Banks Won't Use It