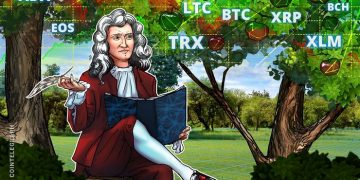 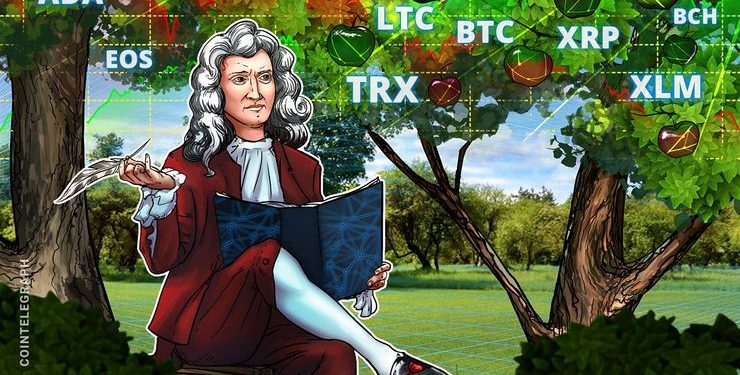 In 2017, Bitcoin (BTC) was being projected as an alternative to gold. Many believed that with its unique properties, the leading digital currency would replace the precious metal as a preferred choice of investment when the markets enter a risky environment.

However, during the recent drop in the stock markets, cryptocurrencies were also sold aggressively. Does this mean that digital currencies will not be considered as a safe haven investment in the future?

Not likely. There have been many instances in the past when gold has faced aggressive selling along with the more risky assets. In 2008, even though gold was in an uptrend, it was initially sold off along with the other asset classes, only managing to find its footing in the last quarter of the year.

It’s too early to say that virtual currencies are not a safe haven investment and are doomed. Those who don’t understand the significance of the new technology are mostly the ones who continue to criticize it.

Others, including governments and a number of large corporations, are exploring options to use blockchain technology in various fields. Several prominent Universities’ endowments are investing millions of dollars into cryptocurrency funds.

After the recent steep fall on crypto markets, do the chart patterns predict an even deeper fall, or a sharp rebound? Let’s find out.

Bitcoin nosedived Oct. 11, breaking below the support at $6,341. Though we would have expected a retest of the critical support zone at $5,900–$6,075.04, the bulls are currently attempting a pullback.

If the bulls close (UTC time frame) above $6,341, the BTC/USD pair will again try to break out of the downtrend line of the descending triangle. The bulls will have to scale a slew of overhead resistances before the trend changes. A rally above $6,831.99 will indicate the start of a new uptrend.

A break of the $5,900 mark will trigger a number of stops, resulting in a sharp fall. Currently, the moving averages are flat, with the 20-day EMA showing signs of turning down and the RSI in the negative territory. This shows that the bears have an upper hand.

Therefore, we suggest traders keep their stops at $5,900. The next few days are critical and can shed some light on the future direction.

The tight range bound trading in Ethereum has resolved on the downside and broke below the support at $200. The bulls are currently trying to bounce from $188.

Both moving averages are turning down and the RSI is in the negative zone, which shows that the bears have an advantage. A break of the Oct. 11 intraday low of $188.35 can result in a drop to the Sept. 12 low of $167.32.

The ETH/USD pair will gain strength and show signs of a trend change if it sustains above $249.93. Until then, we suggest traders stay on the sidelines.

Ripple broke below the support at $0.4255 on Oct. 11, triggering our stop loss. The price nosedived below the 50-day SMA and found support close to the 78.6 percent retracement level.

On the upside, the zone between $0.4255 and the 20-day EMA will act as a strong resistance. The 20-day EMA has started to turn down and the RSI is in the negative zone, which shows strong selling pressure in the short-term.

If the bears break below Oct. 11 intraday lows, the XRP/USD pair might plunge to $0.26913, completing a 100 percent retracement of the recent rally. The first sign of strength will be a move above the downtrend line.

The bulls are trying to keep Bitcoin Cash inside the symmetrical triangle. A break down of the triangle and the Sept. 11 intraday low of $408.0182 will resume the downtrend. The next support on the downside is $300.

If the bulls succeed in defending the support line of the triangle, the BCH/USD pair will again attempt to rise to $530.

The 20-day EMA is starting to slope down and the RSI is below 50 levels, suggesting bears have the upper hand. We recommend traders keep a stop of $400 on their long positions.

After clinging to the resistance line of the symmetrical triangle for three days, EOS tumbled on Oct. 11, breaking below both moving averages and the trendline of the triangle.

The bulls are currently attempting to hold the $5 line, below which, a drop to $4.49 is possible. The traders can protect their long positions with a stop of $4.9. The EOS/USD pair will attract buyers if it breaks out of the overhead resistance zone at $6.044–$6.3117.

The fall in Stellar hit our stop loss suggested at $0.21. The current pullback attempt might face resistance at the 50-day SMA and the 20-day EMA.

The XLM/USD pair will invalidate the descending triangle pattern if it can sustain above the downtrend line. The failure of a bearish pattern is a bullish sign; hence, we might suggest long positions on a successive close above $0.26.

On the downside, any break below the Oct. 10 intraday lows can push the price towards the critical support of $0.184.

From the midpoint of the range, Litecoin has declined to the bottom of the range of $49.466–$69.279. A break of the support can resume the downtrend and push the price towards the next support at $40.

The bulls are currently trying to bounce from close to the $50 mark. $60 will continue to act as a resistance on the upside.

The LTC/USD pair will show strength if it can sustain above $69.279. Until then, volatile trading inside the range is likely.

The aggressive investors can wait for today’s close and buy a small quantity with the stops below $47. A conservative investor should wait for the break out of the range before attempting a buy.

If the bears thwart the attempt, the cryptocurrency can decline to the recent low of $0.060105. We can’t find any buy setups and are not recommending a trade on the pair.

After days of tight range bound trading action, Monero broke down of the range on Oct. 11, triggering our suggested stop loss at $106. It is currently trying to bounce off the psychological support at $100.

The previous support of $107.8–$112 will now act as a strong resistance. The XMR/USD pair will show signs of strength if the bulls scale above the moving averages.

If the bears defend the overhead resistance, a drop to the lower level of $90 is likely. Traders should wait for a new buy setup to form before attempting to get in again.

Both moving averages are flat and the RSI has dipped into the negative territory, which shows that the sellers have an advantage in the near-term. If the bulls fail to scale the 20-day EMA, the probability of a fall to the bottom of the range will increase.

The TRX/USD pair will resume its downtrend if the bears succeed in sustaining below $0.0183. Traders should wait for a breakout and close (UTC time frame) above the range to establish new positions.