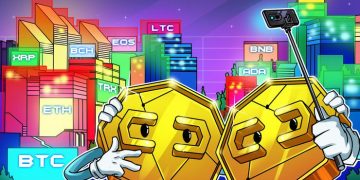 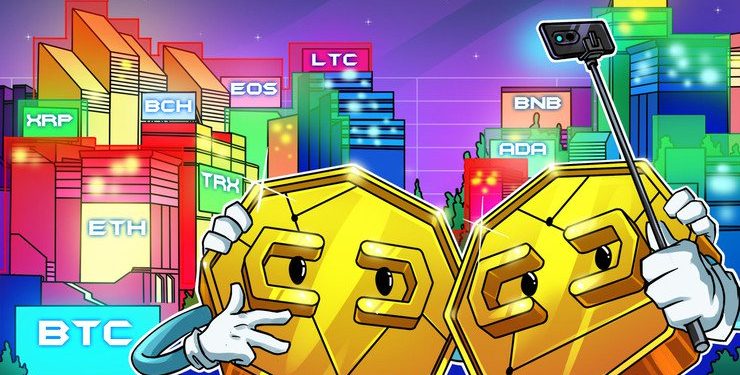 Legendary tennis player Serena Williams disclosed that she has invested in cryptocurrency exchange Coinbase through her investment business Serena Ventures.

South Korean investors are using low crypto prices to buy more. Their average investment has increased by about 64% compared to 2017, according to a survey by Korea Financial Investors Protection Foundation. It is interesting to note that the most common crypto investors are in their 50s, followed by the 30–40 age group. This shows that crypto has touched one and all.

Fundstrat Global Advisors founder Tom Lee expects a bull market to start in Bitcoin. His assumption is based on the reading of the Bitcoin Misery Index (BMI), that is at levels not seen in this bear phase. The BMI reading has skyrocketed to 89, which is way above the previous high of 67. However, such elevated levels have previously resulted in a correction, averaging about 25%. Therefore, Lee expects a drop in Bitcoin but remains bullish as he expects the price to turn around and reach new highs once again. Unlike previous occasions, he has not committed to a specific time frame for a new high.

What does our analysis say? Let’s find out.

Bitcoin (BTC) is trading close to the overhead resistance of $5,404.82. A breakout of this level can push the price towards the next overhead resistance zone of $5,674.84–$5,900. We anticipate a stiff resistance at $5,900, hence, traders can book profits on 50% of their remaining long positions above $5,600 and keep the stop loss on the rest at $4,800. Both the moving averages are trending up and the RSI is close to the overbought zone, which confirms that the bulls are in command.

Contrary to our expectation, if the BTC/USD pair reverses direction from either of the overhead resistances, it can again correct to $4,914.11. This is a strong support. The pair remains positive as long as the price sustains above this.

But if the bears sink the digital currency below $4,914, it will be a spoiler and can result in a quick fall to $4,255. We expect a large range move within the next 3–4 days.

The bulls are unable to push Ethereum (ETH) above the overhead resistance of $187.98. This suggests profit booking closer to $180. However, the positive thing is that the price has sustained above $167.32 for the past four days. The 20-day EMA is also close to this level, hence, we expect the bulls to defend it strongly.

A rebound from the current levels will again try to rise above the overhead resistance of $187.98. If successful, a rally to $251.64 is likely. There are slew of resistances between $220 and $251.64. Hence, we might suggest booking profits on the position if we find the ETH/USD pair struggling to move up.

Contrary to our assumption, if the bears sink the pair below the 20-day EMA, it can fall to the 50-day SMA. Therefore, traders can keep their stop loss on the remaining long positions at $150. With both the moving averages sloping up and the RSI in positive territory, the path of least resistance is to the upside.

Ripple (XRP) again took support at the 50-day SMA on April 21. Currently, the bulls are attempting to hold this level. Both the moving averages are flat and the RSI has dipped into the negative territory. This points to a balance between the buyers and sellers.

If the bulls provide buying support at the current levels and carry the XRP/USD pair above $0.34835, it can move up to $0.38. The pair will pick up momentum if it breaks out of the overhead resistance at $0.40. We suggest long positions on a breakout above $0.35. The stop loss can be kept at $0.31.

On the other hand, if the bears sink the digital currency below the 50-day SMA, it can drop to the next support of $0.27795.

Bitcoin Cash (BCH) has dipped to the 20-day EMA where buying has emerged. However, the bulls have not been able to push the price higher. This shows the probability of a breakdown below the 20-day EMA. If that happens, the digital currency can drop to the critical support of $255.

The 20-day EMA is flattening out and the RSI is gradually dropping towards the center. This suggests that the pair might remain range bound for a few more days.

But if the BCH/USD pair rebounds sharply from the current levels, it can move up to $363.30. If this level is crossed, it is likely to pick up momentum and rally to $451.32.

After holding the 20-day EMA for the past few days, EOS plunged below it on April 21. However, a small consolation is that the price rebounded from the lows and closed at the 20-day EMA on that day.

Currently, the bulls are again trying to push the price back above the 20-day EMA. If successful, the digital currency will try to move up to $6.0726 and above it to $6.8299. Both the moving averages are sloping up and the RSI is just above 50, which suggests that the bulls have a minor advantage.

But if the bulls fail to sustain the EOS/USD pair above the 20-day EMA, it might dip to the 50-day SMA. The zone between $4.4930 and $3.8723 is a critical one. We anticipate buying in this zone. We shall wait for the pair to rebound from the supports or wait for a breakout above $6.8299 before recommending a trade in it.

Litecoin (LTC) had been trading in a tight range of $74.6054–$84.3439 for the past few days. On April 21, though the bears broke below the support of the range, they could not sustain it. At close (UTC time frame), the price was back in the range. This suggests demand at lower levels. Currently, the bulls are attempting to sustain the price in the range.

The 20-day EMA is flattening out and the RSI is close to the midpoint. This indicates equilibrium between the buyers and the sellers.

A breakout and close above $84.3439 will tilt the advantage in favor of the bulls. Therefore, we retain the buy recommendation given in the previous analysis. However, if the bears sink the LTC/USD pair below $73, a fall to the 50-day SMA is probable.

Binance Coin (BNB) is trading near lifetime highs. Though it did not make a new high on April 20, it came very close. The positive thing is that it has not given up much ground since then, which shows that the bulls are not booking profits aggressively as they expect higher levels.

Both the moving averages are sloping up and the RSI continues to trade in the overbought zone. This shows that the bulls are in command. If the BNB/USD pair breaks out and sustains above the previous lifetime high of $26.4732350, it will be a bullish sign. The next target on the upside is $32.

However, if the pair makes a new high but fails to sustain it, that will be an indication of profit booking at higher levels. It will turn negative on a breakdown below the 50-day SMA. Though bullish, we do not find a trade set up that has a good risk to reward ratio. Hence, we are not suggesting a trade in it.

Stellar (XLM) has declined to the 50-day SMA, which is likely to provide some support. The 20-day EMA is gradually turning down and the RSI has fallen into the negative zone. This suggests that the bears are making a comeback.

If the XLM/USD pair breaks down and closes below the immediate support of $0.1090, the fall can extend to the uptrend line. This is a critical support. If this is breached, it will complete a breakdown of the wedge, which is a negative sign.

On the upside, the pair will show signs of strength on a breakout and close above $0.12039489. However, we shall wait for the price to sustain above the downtrend line and the overhead resistance of $0.14861760 before turning positive.

Cardano (ADA) has broken down of the critical support of $0.075920. It can now slide to the 50-day SMA, which might act as a strong support. The 20-day EMA has started to turn down and the RSI has dropped below 50. This suggests that the bears are at an advantage in the short term.

The ADA/USD pair is currently trading inside a descending channel. If the bulls fail to defend the 50-day SMA, the pair can decline to the support of the channel.

On the upside, a breakout of the channel will be the first signal that the correction is over. Any up move will face resistance at $0.082952 and above it at $0.094256. We shall wait for a buy setup to form before proposing a trade in it.

The 20-day EMA has started to turn down and the RSI has also dipped into the negative territory. This shows that the bears are gaining an upper hand in the short term.

Nonetheless, if the bulls defend the 50-day SMA support, the TRX/USD pair might remain range-bound between the 50-day SMA and $0.02815521 for the next few days. The pair will turn bullish if it rebounds strongly from the current levels and breaks out of $0.02815521. For now, the traders can retain the stop loss on the long positions at $0.0240.

Coinbase's Political Action Committee Shuts Down Without Ever Raising a Cent