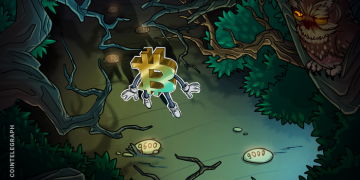 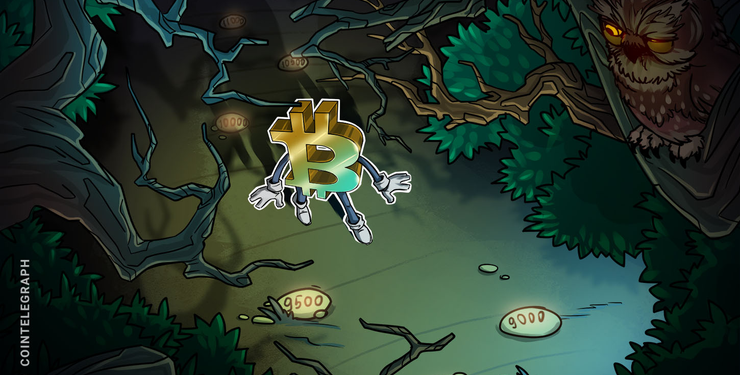 Since July 10, the price of Bitcoin (BTC) has fallen from $13,200 to $9,684, with major cryptocurrency exchanges including Coinbase, recording a 26.6 percent drop within a period of seven days. The recent pullback of Bitcoin is widely believed to be technical that was pushed by sellers who took control of the market once the dominant crypto asset breached below key support levels in $11,000 and $10,700.

Alex Krüger, a global markets analyst, hinted that the criticism of bitcoin by U.S. President Donald Trump and Treasury Secretary Steve Mnuchin could have contributed to the fall:

“When the U.S. government attacks bitcoin directly, saying it’s exploited to support billions of dollars of illicit activity, based on thin air, and how they are concerned about its speculative nature, and the crypto echo chamber roars ‘bullish,’ it probably is a good time to short. There is nothing bullish in antagonizing with the largest gorilla in the room. Most U.S. politicians unfortunately seem to be convinced crypto is the realm of money laundering and drug trafficking. This needs to change. I bet people use Paypal or Venmo more than bitcoin to pay for illicit activities. Also bet most criminals don’t even know what monero is, yet they all heard about the dollar. Unfortunately, perception trumps facts.”

The change in sentiment around the crypto market following the remarks of President Trump and Secretary Mnuchin as well as bearish technical indicators are considered to be the major factors behind bitcoin’s most recent correction.

Some industry executives like Digital Currency Group CEO Barry Silbert and Ikigai Fund founder Travis Kling have said that the remarks on Bitcoin by President Trump and Secretary Mnuchin can be acknowledged as a bullish event for the first cryptocurrency.

Essentially, Silbert and Kling stated that Bitcoin has gained enough awareness and interest from the mainstream and a broader market of investors to the extent in which the President of the largest economy in the world was pressured to comment on its growth. Kling was quoted saying:

“The Chairman of the Fed and the Treasury Security both agree that Bitcoin is a speculative store of value. Both of them, along with the President, agree that Libra and Bitcoin are two very different things. Wildly no bullish,”

Silbert, who leads a venture capital firm in the cryptocurrency sector  similarly expressed optimism towards the remarks. When Secretary Mnuchin held an official briefing at the White House about cryptocurrency regulation, Silbert said that it was “complete and total validation of bitcoin,” adding in a twitter post:

“Never imagined I’d be watching the Treasury Secretary of the United States hold a press briefing from the White House re bitcoin and cryptocurrencies so soon.”

“There are many regulatory and supervisory questions regarding libra, virtual assets, and virtual currencies. Cryptocurrencies such as bitcoin have been exploited to support billions of dollars of illicit activity like cybercrime, tax evasion, exortion, ransomware, illicit drugs, and human trafficking. Many players have attempted to use cryptocurrencies to fund their malign behavior. This is indeed a national security issue.”

With the formation of the Financial Stability Oversight Council’s Working Group on Digital Assets by the Treasury Department, Secretary Mnuchin also warned that money transmitters and other entities operating within the crypto sector will be governed by agencies like FinCEN, the Securities Exchange Commission (SEC), and the Commodities and Futures Trading Commission (CFTC) at full capacity. The  U.S. Treasury Secretary also added:

“The rules governing money service providers apply to physical and electronic transactions alike. As money service businesses, cryptocurrency money transmitters are subject to compliance examinations, just like every other U.S. bank. To be clear, FINCEN will hold any entity that transact in bitcoin, Libra, or any other cryptocurrency to its highest standards.”

How will markets continue to react?

Speaking to Cointelegraph, a cryptocurrency trader and technical analyst known to the community as Satoshi Flipper stated that despite volatility in the price of bitcoin and other major crypto assets, there are many fundamental catalysts for bitcoin to observe.

Several fundamental factors for bitcoin in the near term include the emergence of trading venues like ICE’s Bakkt and custodial services from major financial institutions such as Fidelity. In anticipation of the block reward halving in May 2020, many miners are reportedly intending to hold onto Bitcoin, expecting the block reward halving to impose a positive effect on the medium to long term trend of the asset.

In a block reward halving, a mechanism of the Bitcoin blockchain protocol that is triggered in approximately every four years, the reward miners receive in Bitcoin for mining blocks for the blockchain network is decreased by half. Consequently, the rate in which new Bitcoin are mined drops, causing the circulating supply of the asset and the pace in which new supply of the asset is sent to exchanges to decline. The trader went on to clarify:

“There are so many catalysts for bitcoin right now. Too many to list. But this time around, Wall Street and mature institutional players are much more involved in trading and building products around #Bitcoin for adoption. Everywhere you look now, you can see cryptocurrency influence starting to take hold. All industries are getting involved. I expect this major push for adoption to accelerate even more during this current bull market. To the point where in a few years, we will see Bitcoin and crypto influence in everyday life.”

Brian Kelly, the CEO of BKCM, said on CNBC’s Fast Money that many miners he had spoken to in May have confirmed to have secured sufficient capital to sustain their operations for an extra 12 months. The intent of financing 12 months of operations, according to Kelly, is to hoard bitcoin and refrain from selling the asset. Kelly explained:

“I’ve talked to a lot of miners around the world, a lot of them have said they have sold enough bitcoin to get us through the next year or so and we are going to hoard bitcoin at this point in time and we are not going to sell it and the supply of bitcoin will get cut in half. Just real simple economics: lots of demand hitting little supply, price goes higher.”

The drop in the price of bitcoin from around $10,500 to below $9,500 within minutes came across as a shock to many investors and traders, not because of the range, but due to the speed of the decline. In the short term, traders expect Bitcoin to sustain its volatility and struggle to recover beyond key resistance levels. Peter Brandt, a best selling author and a highly regarded trader, stated on Twitter that the total market cap of bitcoin could correct by 80 percent based on technical indicators.

“While the parabola in BTC was subject to different renderings, the parabola in the total market cap chart was loud and clear. Total cap should correct 80%. Most of the damage of decline will occur to altcoins.”

Is Libra a factor?

Throughout the past several days Libra, a cryptocurrency created by the Libra Association, a consortium based in Switzerland kickstarted by Facebook, has faced fierce criticism from the U.S. government. U.S. House Representative Kevin McCarthy, who publicly expressed optimism towards Bitcoin due to its decentralized nature, shared concerns regarding Libra.

“When I’m on Facebook, I’m not the customer, I’m the product. Facebook is free because they sell your data to make money. Now they want to get into the business, and they’re not Bitcoin, in this Libra. They’re not decentralized. I want to see decentralization because Libra concerns me that they’re going to control the market.”

When Libra first released its whitepaper to the public, executives of cryptocurrency companies including Ripple CEO Brad Garlinghouse said that it brought significant attraction to the market, leading stalled contracts to materialized. It is therefore possible that the unveiling of Libra led to a spike in retail interest in late June and that the increasing scrutiny from regulators could hinder the near term future of Libra, which may lead some investors to doubt the short term performance of the crypto market.