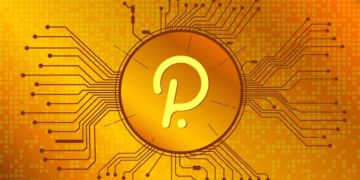 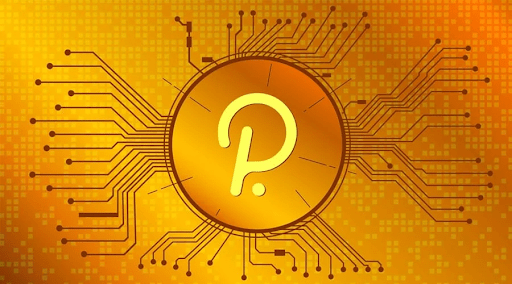 Although Polkadot has been in development for half a decade, it has only been gaining momentum among entrepreneurs and developers over the last year or so — with a dramatic uptick in interest in the platform emerging after its mainnet launch in May 2020.

Now, Polkadot has grown to become one of the ten largest cryptocurrency platforms by market capitalization and one of the most actively developed blockchain ecosystems. Here, we take a look at some of the reasons why builders are now focusing their development efforts on the Polkadot ecosystem.

Traditionally, both organizing and funding a blockchain-based project was a challenging task. Not only do builders need to scout and incentivize the correct talent needed to bring their ideas to fruition, but they also need to solicit funding for it — no small task.

But Edgeware provides a simple solution to these problems with its decentralized network of DAOs and its highly capable smart contract chain that empowers those looking to build in the Polkadot ecosystem.

As a platform built to support the next generation of decentralized applications (DApps), Edgeware makes it easy for developers to easily deploy or port their DApp to its Substrate-based chain. But more than this, Edgeware provides an ecosystem where users can join or create a working group to help network with like-minded individuals and contribute to the development of a project.

It also goes one step further and enables creatives to easily source funding for their projects from Edgeware’s community-governed treasury. Builders with an attractive development plan can propose a treasury spend and have no upper limit to the amount they can request. If approved, these funds could then be used for development, marketing, UX improvements, customer onboarding, or practically anything else as specified in the proposal.

Since Edgeware is built as a Polkadot-compatible Substrate-based blockchain, developers using its solution will be able to leverage the broader Polkadot ecosystem — helping to build high-speed, cross-chain applications.

Ensuring that different blockchains can communicate with one another has long been known as one of the biggest challenges facing the blockchain industry today.

After all, a network of blockchains that can seamlessly and securely share data, as well as initiate actions across a broader decentralized ecosystem will enable more powerful applications and help to eliminate competition between chains.

However, there have already been dozens of attempted solutions to the issue — ranging from cross-chain bridge platforms to sidechain solutions, and more than a few second layer platforms. But as of yet, none of these have provided a truly chain-agnostic solution that can be used to connect practically any decentralized network.

Many believe that Polkadot represents the first such platform, since it enables different blockchains to transfer tokens and data without any restrictions. It also doesn’t require extensive modifications for blockchains to integrate with the Polkadot network, thanks to its powerful bridge capabilities.

With Polkadot bridges, sovereign chains like Ethereum, Cardano, Bitcoin, and more can easily bolt on connectivity to other blockchains in the Polkadot ecosystem — potentially enabling new uses and new classes of applications to be built.

Many developers are now building on Polkadot with the hopes of creating applications, which for the first time, can leverage the capabilities and user-bases of multiple chains.

One of the challenges many application developers face when building with blockchain technology is ensuring their products and services appeal to not only crypto-native users but also to new adopters.

But Polkadex, an upcoming Substrate-based product ecosystem, is about to provide an entire suite of tools that will help not only build out the Polkadot landscape but also make it most accessible to casual investors and experts alike.

📝 Weekly update from our developers 📝

Its chief product, known as Polkadex Orderbook, is set to provide a fully decentralized orderbook-based exchange platform where users can exchange cross-chain assets in a trustless environment. It’ll also include a fiat on-ramp, near negligible transaction fees, and high-frequency trading capabilities — making it a powerful base for building DeFi legos.

Once the platform launches on a Polkadot parachain later in 2021, it will be immediately interoperable with all Polkadot network chains, allowing anybody building in the Polkadot ecosystem to leverage the capabilities of the DEX and build interoperable products on top of it.

This, combined with its upcoming IDO pallet makes Polkadex an attractive entry route for building in the Polkadot ecosystem.