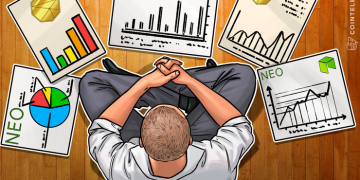 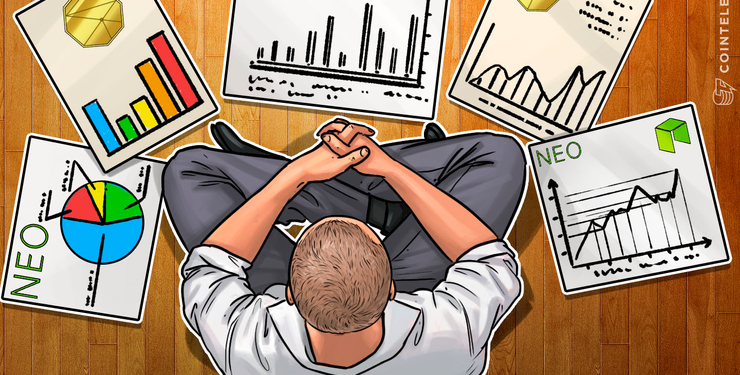 NEO has been an underperformer in the ongoing recovery from the lows. It has dropped to the tenth spot in terms of market capitalization.

Many believe that NEO’s potential will be fully realized only in about 3-5 years from now, so it seems to be a good idea to ‘hodl’ the cryptocurrency through the dips.

Let’s look at the charts and try to analyze its long-term and short-term potential.

Post listing, NEO exchanged hands below $1 for a long time. Then, at the end of May 2017, the price started to rise and hit a high of about $58 levels in August of last year.

After such a sharp rally, it was logical to expect some profit booking, and that is what happened. Prices corrected to the 20-week EMA but managed to stay above it until early December.

The cryptocurrency again broke out of the range in mid-December, and the up move topped out around the $200 mark in mid-January 2018. The ensuing correction reached a low of just about $44 levels in early April of this year.

If history is an example, the digital currency rallies hard, follows it up with a deep correction and after a period of consolidation the up move resumes.

In the current bear phase, NEO has completed a sharp correction, we can now expect it to consolidate for a few weeks and then resume its uptrend once again. Currently, the 50-week SMA is providing support, while the 20-week EMA is acting as a resistance.

Let’s identify the important levels on the daily chart.

The NEO/USD pair recovered smartly from the lows but is facing a stiff resistance at the downtrend line and the horizontal line around the $80 mark. Though the bulls succeeded in breaking out of $80 on April 24, they could not sustain the highs, and the price dipped back below the trendline on the very next day.

Currently, we find a rounding bottom pattern, which will complete on a breakout and close above $80 levels. This has a pattern target of $115. Another possibility is that, above $80, there is a minor resistance zone between $92.5-$95.5. Once this is crossed, the cryptocurrency could skyrocket to $140 levels.

On the other hand, if the price breaks down below both moving averages and $64, it will become weak and slide back towards the early April lows.

Can we make use of the information above?

How to trade the NEO/USD pair now

Long-term investors can expect a few weeks of consolidation, but history suggests that the next trending move should be to the upside. Therefore, they can wait and buy NEO on dips and keep a stop loss of $40.

Short-term traders can wait for a breakout above $85 to establish long positions with stops around $65 levels.

Traders who follow us and are long at $64 levels should maintain their stops on the remaining position at breakeven. Currently, the cryptocurrency is finding support at the moving average. A bounce and a break above $85 should reward the traders immensely. Hence, hold the position with the designated stops.