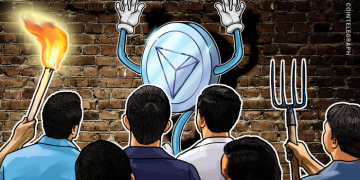 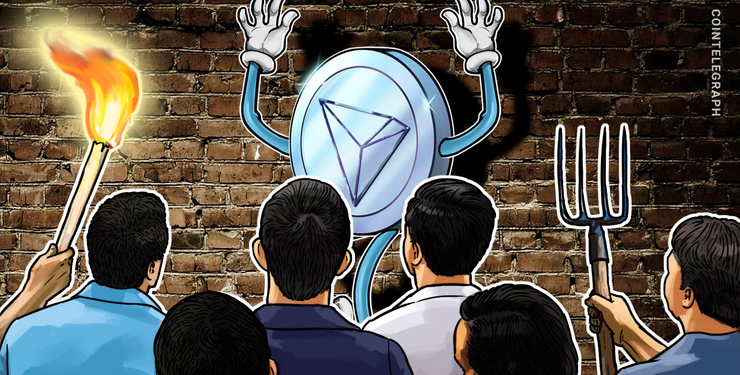 The Tron office in Beijing has been surrounded by police as a crowd gathered to protest against a Chinese ponzi scheme that went under a Tron-like name, Twitter personality Crypto Authority reports on July 8.

Videos with crowds surrounded by police officers in the Tron’s office have spread over Twitter, with people apparently coming to express outrage at a local crypto scam that reportedly led to $30 million worth of losses and one suicide.

As can be seen on the videos, people are apparently considering Tron to be the fraudulent entity, with the crowd reportedly yelling “Tron is a scam.”

While Tron has not provided an official feedback on the matter to date, the firm’s CEO Justin Sun has recently warned investors against scam schemes using names of Tron and Tron-owned BitTorrent.

“As a leading blockchain protocol, there are Ponzi schemes using TRON, BitTorrent or uTorrent names like “MMM bitcoin, Ethereum pyramid & EOS ecosystem schemes,” wrote Sun on July 5. “We will never ask you to send money.”

Tron CEO’s response has followed reports on the alleged crypto scam scheme known as “Wave Field Super Community,” which was associated with Tron by local investors, since in China, Tron is reportedly known by the name “Wave Field.”

According to a report by Chinese news agency Nuclear Finance, “Wave Field Super Community” was launched in January 2019, claiming to by a “super representative” of Tron. While Investors claim to have asked Tron to clarify on the connection between the entities, Sun has reportedly not commented on the issue since January, the report notes.

Based on that, angry people went to Tron’s office to express resentment about the company’s silence over the scam entity operating under a similar name.

“A lot of misinformation floating around, so to clarify. The Tron office wasn’t raided by the cops. Tron was the one who called the police to protect them from investors who are upset that Tron scammed them.”

Some online commentators meanwhile quipped at Tron’s reputation of announcing collaborations, considering the case as a new partnership between Tron and the local police.