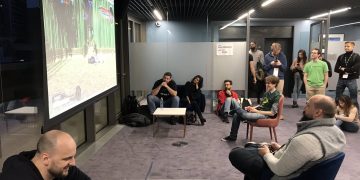 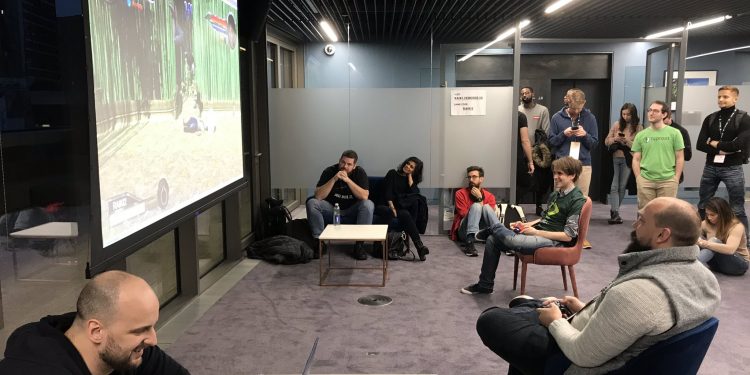 In a video game from bitcoin startup Zebedee, the two developers played digital versions of themselves kicking and punching each other on a screen in front of a crowd of conference-goers.

Beyond yielding a few laughs, the esports smackdown was meant to highlight the power of bitcoin’s lightning network – since the cutting-edge payments system is fast, cheap and lets users send tiny payments, even a fraction of a cent. Zebedee’s Raiki is an interactive game, where the audience participates, potentially swaying the direction of the game with the strength of their wallets.

You can’t really do this with today’s centralized systems, such as PayPal and Visa, since the payments aren’t tiny, cheap or fast.

Crowding around the boxing developers, audience members that had a wallet with lightning loaded could go to a Raiki website featuring a QR code to pay whichever developer they wanted to win.

Power-ups included bombing the other player, making one player much bigger than the other or summoning a wizard hat.

Why add bitcoin to a game? And why lightning in particular?

“Innovation in the video game industry has been held back by the limitations of traditional financial services,” Zebedee declares on its website. “Game revenues are typically restricted to in-app purchases and advertisements.”

To the game’s creators, Raiki is a proof-of-concept for launching new in-game economies.

To that end, Zebedee’s closed beta product is a set of developer tools for adding lightning payments into video games, or, as the startup puts it,