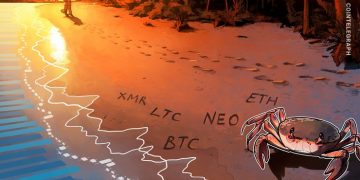 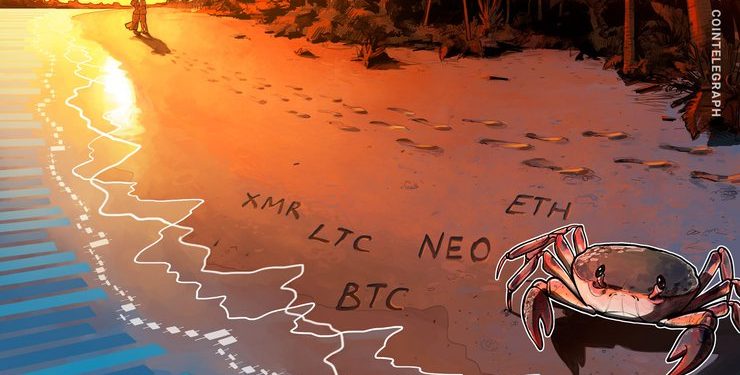 The total market capitalization of cryptocurrencies had come scaringly close to breaking down below the $100 billion mark in mid-December of last year. At that time, sentiment was very weak and every rally was being sold on. There were talks of cryptocurrencies never seeing their lifetime highs again.

However, fast forward seven months and total market capitalization is inching towards the $300 billion mark. Every dip is being bought aggressively and a few cryptocurrencies have already gone on to make new highs. The sentiment has changed within a short span of time.

While the underlying fundamentals had been improving throughout 2018, a few notable events have helped to speed up the recovery of 2019. One among them is the launch of Facebook’s secretive cryptocurrency, Libra. The company is expected to announce the list of the Libra Association founding members and launch the testnet of its blockchain on June 18.

Along with Facebook’s crypto project, the markets are also eagerly awaiting the launch of TON, the blockchain platform being developed by messaging app Telegram. With Bakkt having announced a date for bitcoin futures testing in June, hopes are high that the platform will also soon start operations. Unless these events fail to live up to expectations, a sharp fall is unlikely. Let’s look at the top five performers among the major cryptocurrencies in the past seven days.

Neo (NEO) co-founder Da Hongfei had recently announced a new $100 million EcoBoost fund that aims to provide support to various projects at different stages of development to build the NEO ecosystem. The first phase of the project has kicked off wherein official partners will be recruited.

The recent upgrade of its consensus algorithm on its mainnet is a key step in the development of NEO 3.0, which is expected to be released by the second quarter of next year. Can these developments prop prices higher? Let’s find out.

The NEO/USD pair has not shown any fireworks in its rise from the bottom. After every small upwards move, it enters into consolidation before rising again. This looks like an accumulation by stronger hands. The price has sustained above 20-week EMA for the past three weeks and the RSI has rallied into the positive territory, which shows that bulls are in command.

Currently, the pair is facing stiff resistance at the 50-week SMA, above which the rally can extend to $20. If this level is also crossed, a move to $25 is probable. The cryptocurrency will pick up momentum if it makes a large range move and follows it up with further gains. Traders can watch for such a move before hopping on to benefit from the positive momentum.

Our bullish view will be invalidated if the price reverses direction from the current level and plummets below the 20-week EMA. The next support to watch on the downside is $8.17090666.

Litecoin (LTC) has continued to perform well on the back of its upcoming halving, which is 50 days away. In a sign of growing adoption, Glory kickboxing is not only accepting litecoin, but it is also offering an opportunity to pick up a VIP ticket by paying using the cryptocurrency. This adoption is a positive sign. However, after the runup, is it time to book profits or can it move higher? Let’s find out.

The digital currency has cleared the resistance line of the ascending channel and is now attempting to ascend the overhead resistance at $140.3450. If successful, it can rally to its target objective of $158.91, above which the upward move can extend to $184.7940.

We have spotted a large rounding bottom that is developing on the LTC/USD pair. This bullish setup will complete on a breakout and close (UTC time frame) above $184.7940, with a target objective of $346.498. However, we will not get overly bullish until the pattern completes.

The 20-week EMA is sloping up and the RSI has entered into the overbought zone, which shows that the bulls are in command. Nonetheless, the overbought nature of the RSI points to a mild correction or a consolidation in the short-term.

If the pair turns down from the current levels or from $140.3450, the bulls will try to defend the support line of the ascending channel. If successful, the uptrend will continue, otherwise, the pair might re-enter the channel. The uptrend will weaken and our bullish projections will be negated if the bears sink the cryptocurrency below the support line of the channel.

Bitcoin (BTC) is on fire as every dip is being bought aggressively. Some of the critical news and events that might be helping the rise are the upcoming testing of futures trading on the Bakkt platform, the end of the bear market, the ongoing trade war between China and the U.S., the reported launch of Facebook’s own stablecoin, etc. Can the rally continue and force the investors sitting on the sidelines to jump in, or will the rally fizzle out near the overhead resistance? Let’s find out.

The BTC/USD pair is looking strong with the 20-week EMA sloping up and the RSI in overbought territory: this suggests that bulls are in command. The pair has broken out of the recent high at $9,053.12 and will now attempt to reach the next overhead resistance of $10,000. This is a psychological resistance where we anticipate a consolidation or a minor correction.

However, the sentiment has become positive and any favorable news is likely to attract buyers. The traders who are waiting to buy at lower levels are feeling left out. Hence, if the bulls propel the price above $10,000, the momentum can pick up and can carry the pair to $12,000.

Currently, there is no negative setup on the chart. The first indication of exhaustion will be if the bears sink the cryptocurrency below $7,413.46. That can drag the price towards the 20-week EMA and below it to the critical support of $5,900.

Enigma released the testnet of its discovery network and the developers can now build decentralized applications that can be deployed immediately once Enigma goes live on the Ethereum (ETH) mainnet . In a first, Coinbase has also added a course on the Ethereum-based stablecoin dai (DAI) to its Coinbase Earn platform. This provides an opportunity for enthusiasts to know more about the token and earn some DAI. Can ether breakout of the overhead resistance and head higher?

The ETH/USD pair is consolidating roughly between $225 and $300 for the past three weeks. This is a positive sign as it shows demand close to $225. The moving averages are on the verge of a bullish crossover, which indicates a change in trend.

The longer the consolidation, the stronger the eventual breakout from it will be. If the bulls push the price above $307.67, it is likely to start a new uptrend that can carry the pair to $500, which is likely to act as a stiff resistance.

Our bullish assumption will prove to be wrong if the bears defend the overhead resistance zone of $280 to $307.67 and sink the cryptocurrency below the moving averages.

A web address is spreading a botnet that installs a monero (XMR) mining component and also holds DDoS capabilities, according to cybersecurity firm Trend Micro. However, in a positive for monero, the CEO of Binance tweeted that if India pushes through the crypto bill, the crypto enthusiasts of the country might shift to privacy coins.

The XMR/USD pair has been consolidating between $81 and $100 for the past three weeks, which is a positive sign. The price has sustained above both moving averages, which are likely to complete a bullish crossover. This will indicate a change in trend.

If the bulls push the price above $100, a rally to $150 in the medium-term is probable. It is unlikely to be a straight dash to this level as the cryptocurrency might face minor hiccups at $114.840 and $128.650. However, if the sentiment remains positive, these levels will be crossed.

The first sign of weakness will be a breakdown and close (UTC time frame) below $81. That can drag the price lower to the 20-week EMA and below it to $60.147.