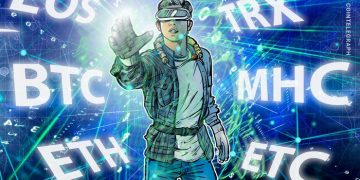 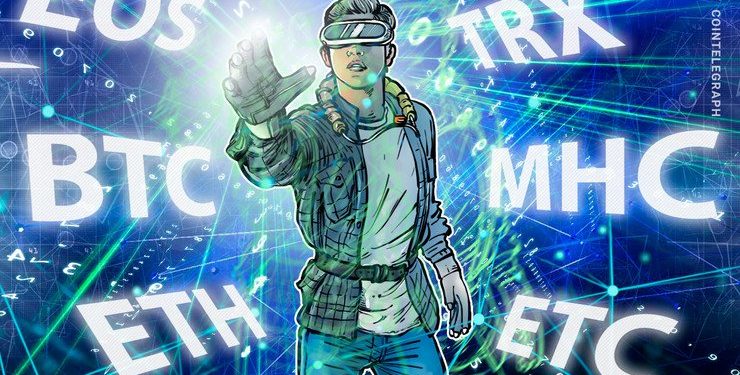 The International Monetary Fund and the World Bank have launched a private blockchain and quasi-cryptocurrency to bridge the gap between its employees and the blockchain technology. The cryptocurrency will be called “Learning Coin” and will have no monetary value, but the staff will earn these coins after reaching certain educational milestones. The developers are yet to decide on how these earned coins can be redeemed by the staff. This is a major step as it shows that international agencies are making efforts to understand the technology seriously.

In a recent Twitter poll, IMF asked: “How do you think you will be paying for lunch in 5 years?” 56% of the respondents said that they would be paying in cryptocurrencies, well ahead of the 27% by mobile phone. Bank cards and cash were way behind at 9% and 8% respectively. To some extent, this projects the prevailing mood in the masses against cash and bank cards.

Fidelity Digital Assets has appointed Christine Sandler — former head of institutional sales at Coinbase — as head of Sales and Marketing. While the groundwork is being laid out to facilitate the entry of institutions into the crypto space, we are yet to see their presence in a big way.

After the rally from the lows, most cryptocurrencies have cooled off. Will the bears now sink the price back to the lows, or will the major cryptocurrencies form a higher low and indicate a bottom? Let’s find out by analyzing the charts.

Institutional players are buying Bitcoin (BTC). Their purchase volume, the percentage of the total volume has reached 19% in April. This indicates that the large players expect the bear market to end in the near future. With a rise in prices, the Chinese traders have returned to action. However, due to the cryptocurrency ban in China, they are paying a premium to the over-the-counter services to take a position in Bitcoin. This shows that even in a place where Bitcoin trading is banned, traders are looking at ways to buy it, well above the prevailing prices.

The rise from the lows has pushed Bitcoin to the most overbought levels since the bull run, according to Bloomberg Intelligence analyst Mike McGlone. On the other hand, the “Bitcoin Misery Index,” created by Fundstrat Global Advisors Thomas Lee, has reached its highest level since 2016. This can either be a good sign or a bad sign, according to Lee. But what does our analysis project? Let’s see.

The BTC/USD pair picked up momentum after it broke out of $4,255, quickly climbing above $5,000 and reaching a high of $5,404.82. With this rise, the 20-week EMA has started to turn up and the RSI has inched into the positive territory. This shows that the bulls are asserting their supremacy in the short-term.

Our bullish view will be invalidated if the cryptocurrency turns down from the current levels and slips below $4,255. Such a move will dent sentiment and indicate that the bears are still shorting at higher levels. The next few weeks are critical as it will confirm whether the bottom is in place or not.

FinLab EOS VC fund, a joint venture of FinLab AG and Block.one, has invested $5 million in Moonlighting, a freelancing website with over 700,000 users. The website will now migrate its users to the EOS blockchain. Charles Hoskinson, the co-founder of Ethereum (ETH) and IOHK, also lashed out this week at EOS and Ethereum for their approach to development.

The EOS/USD pair is currently facing resistance at the 50-week SMA. The resistance line is also located close by: a breakout of this can carry the pair to $6.8299. If the bulls ascend above $6.8299, the next target to watch on the upside is $9.3483.

The 20-week EMA is gradually sloping up and the RSI has jumped into the positive zone. This shows that the bulls have the upper hand. On the downside, strong support is at $4.4930 and below it at $3.8723. The 20-week EMA is also close to this level. Hence, we expect the bulls to defend this zone aggressively.

However, contrary to our assumption, if the digital currency turns down from the current levels and plummets below the $4.4930-$3.8723 support zone, it will indicate weakness.

Though Ethereum (ETH) has been losing out to Tron in DApp growth, it continues to be the first choice of developers to build their DApp on, according to a report by DApp analytics website DApp.com. Along with this, the Ethereum network is the sought after option to raise funds through ICOs, according to a report by rating site ICObench. In another report released by the European Union Blockchain Observatory and Forum, the Ethereum blockchain was identified as the most preferred platform for the creation of tokens. Will Ethereum play catch up with the other altcoins or will it continue to underperform?

The ETH/USD pair completed an ascending triangle pattern when it closed (UTC time frame) above the overhead resistance of $167.32. The pattern target following this breakout is $251.64. However, the pair quickly turned around and has again declined below the support at $167.32, which is a bearish sign. If a bullish pattern fails, it denotes weakness. The 20-week EMA has flattened out and the RSI is close to the 50 level. This suggests a consolidation in the near term. But if the digital currency reverses direction from the 20-week EMA and sustains above $167.32, it will indicate demand at lower levels. Above $167.32, the rally can reach $251.64 and above it to the 50-week SMA.

Tron (TRX) blockchain has the fastest growing DApp user base with over 300,000 active users. A Tron-based version of stablecoin Tether (USDT) is about to be launched, which is being viewed as a major win for the network. Though Ethereum is a competitor, Tron founder and CEO Justin Sun believes that Tron will “officially collaborate” with Ethereum as soon as this year.

The testnet of the Sun Network expansion plan is expected to launch in end-May. This will increase the overall capacity of the network, reduce energy consumption and improve security. With a host of fundamental news backing it, can the price start a new uptrend? Let’s find out.

The TRX/USD pair has been trading in a tight range of $0.01830 to $0.02815521 for the past few months. Though it has broken out of the range twice, it has not been able to sustain the higher levels and has re-entered the range within a week. This shows a lack of demand at higher levels.

Conversely, if the pair slips below the 20-week EMA, it can remain range bound for a few more weeks. We might get a clear picture in the next couple of weeks.

Circle-owned exchange Poloniex enabled margin trading on Ethereum Classic (ETC)  for non-U.S. customers with a total leverage of 2.5 times. As with all the other coins that are available for margin trading, owners can lend their ETC and earn interest on it. The improving sentiment across the sector rubbed on to the digital currency as it skyrocketed higher on April 7. Let’s analyze its future prospects.

Currently, the digital currency is retesting the breakout levels of $5.889. If it rebounds from this level, it will again attempt to rise to $9.50. On the other hand, if the bears sink the price below $5.889, it can correct towards the lows.

The 20-week EMA has flattened out and the RSI is close to the midpoint. This points to a consolidation in the near term.

MetaHash (MHC) aims to bring an ecosystem to the users that is fast, completely decentralized, secure, economical to use and easy to operate, according to the firm. Its mainnet was launched on June 29 of last year, and it has a transaction speed of about 3 seconds and a declared capacity of 50,000 transactions per second. MetaGate is its official browser software, which has a multi-currency wallet and a DApps store; among the notable DApps launched are a blockchain-based encrypted messenger and a voting application.

The idea behind MetaHash is to enable businesses and systems to easily use blockchain for various applications, the website states. It has been recognized as the 2018 Best Performance Project at POWER 2019 China Blockchain Contributors Annual Summit. The total number of server nodes has been increasing continuously and now numbers 500.

The MetaHash coin is currently ranked 151th on CoinMarketCap. As most of the MHC coins are locked in node-stakes and other network economy, the supply in exchanges is usually scarce. Most of the coins bought at exchanges are withdrawn to the network native wallets.

Currently, BitForex has a trading competition in progress using MCH where an award of up to 5 Bitcoin is on offer. MetaHash also has noted that it plans to be listed on various other exchanges in the near future. How does its performance look on the charts? Let’s analyze. 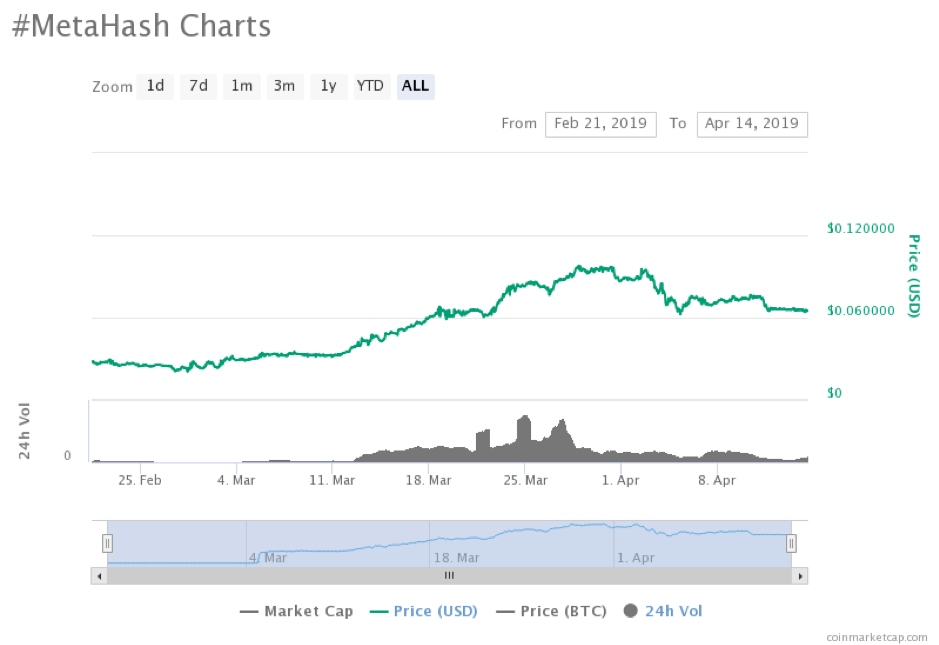 After such a sharp rise, a minor correction or consolidation is to be expected. Currently, the price has corrected to just above $0.060, which is a critical support. If the bears sink the digital currency below this level, it can drop to $0.032.

On the other hand, if the price rebounds from the current levels, it can again retest the highs. If the bulls push the price to new highs, a rally to $0.14 and higher is possible. We should see a decisive move in the cryptocurrency within the next few days.

*Disclaimer: MHC is a featured cryptocurrency from one of Cointelegraph’s sponsors, and its inclusion did not affect this price analysis.