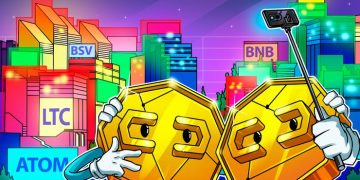 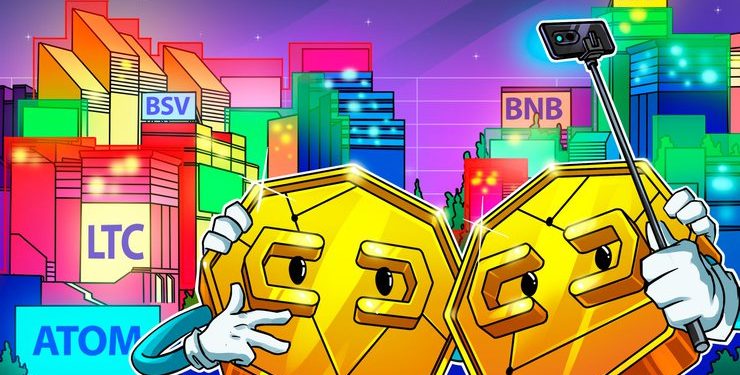 For the past few days, cryptocurrencies have managed to hold onto a large part of their gains. This is a positive sign, as it shows that the bulls are not in a hurry to book profits. It is also comforting to see that the gains have come on the back of increasing volumes. Bitcoin’s (BTC) trading volume on Coinbase recently hit its highest level since Feb. 4 of last year, which shows that the price is rising higher backed by strong demand.

However, the positive sentiment supported by improving fundamentals has led to a number of analysts projecting a vertical rally in bitcoin, similar to the one seen in 2017. Some of the targets currently talked about are $25,000 and $40,000, both within a short span of time. While anything is possible in the crypto markets, we believe that these calls are a little more aggressive. The current rally is likely to face a number of bumps en route to new highs and will test the patience of the bulls. Therefore, we suggest traders wait for dips to buy instead of chasing the price higher.

Cosmos (ATOM) was the best performer among the top 20 major cryptocurrencies in the past seven days. The platform surged to second position on Github with 4,245 events in the past 30 days, ending June 4, which is a positive sign. What does the chart project?

Due to a short trading history, we shall use the daily chart for analysis. The ATOM/USD pair has been consolidating roughly between $5.660 and $6.603. Attempts to breakout of this range failed on June 3 and 4, which shows a lack of demand at higher levels. However, the dips to $5.660 were purchased on June 5 and 6, which shows buyers willing to get in at support.

Consolidation near the highs is a positive sign: it is usually followed by a breakout and continuation of the upward move.

A breakout and close (UTC time frame) above $6.603 will resume the uptrend that can carry the price to $7.905. If this level is crossed, the upwards move can extend to $8.794. Our bullish view will be invalidated if the pair plummets below the 20-week EMA, and the next lower support is at $4.8.

Litecoin (LTC) is the second-best performer of the past seven days. The upcoming halvening is acting as a bullish factor that has kept the price close to its recent highs. Traders anticipate that reduced supply will result in higher prices. The litecoin hashrate has also been making new highs consistently, which is a positive sign. Can the price continue higher or has it hit a hurdle?

The LTC/USD pair is facing selling at the resistance line of the ascending channel. However, the attempts by the bears to sink it have been unsuccessful. Buyers have been stepping in close to $100 and pushing the price right back up, which is a positive sign.

If the bulls push the price above the resistance line of the ascending channel, the pair will rally to $158.91. This is the target objective following the breakout from the cup and handle pattern. Above this, we anticipate a move to $184.7940, which is likely to act as a stiff resistance.

If, however, the cryptocurrency fails to break out of the channel, the bears will again try to sink it below the breakout level of $91. A breakdown of this and the support line of the channel will indicate a change in trend.

This is the third successive week that bitcoin sv (BSV) has been among the top five performers. The surge in price following the news about Craig Wright’s filing for copyright claims on the bitcoin white paper has held up quite well. What is in store in the next few weeks? Can the uptrend resume or will it dump? Let us analyze the chart.

The BSV/USD pair has formed an inside week candlestick pattern and is finding support close to a 38.2% Fibonacci retracement of the recent rally, while it is facing resistance near the high of $254. This points to a consolidation in the next few weeks, and a range formation after such a sharp move is a positive sign. After the boundaries of the range are defined, traders can buy closer to the support and sell near the resistance. Currently, we do not find any reliable pattern that offers a good risk to reward ratio.

The website for the Binance decentralized exchange (DEX) plans to block users in 29 countries from accessing the DEX. The exchange has also released its official Trust Wallet for the Binance DEX users, and also plans to issue its own stablecoin within the next two months, which will be 100% pegged to the British pound and will be called “Binance GBP.” Subsequently, the exchange plans to release stablecoins backed by other currencies, barring the U.S. dollar. In other Binance news, a former executive at Dell and the NBA will join Binance as theIR new official strategy officer. Backed by fundamental news, can binance coin (BNB) extend its upwards move or is the rally tiring out? Let’s analyze.

In a strong uptrend, the pullbacks are shallow and the price quickly bounces off strong supports because traders jump in to buy on any dip. Backed by momentum, the price quickly rallies to make a new high. The BNB/USD pair has been making a series of new highs after breaking out of the previous high of $26.4732350 in mid-May, which confirms that the pair is in a new uptrend. The first target to watch is $40, followed by a rally to $46.1645899. If the momentum picks up, the upwards move can even extend to $56.0786952.

On the contrary, if the bulls struggle to propel the price above the resistance line, a few weeks of consolidation is possible. The trend will turn negative only after the higher highs and higher lows sequence is violated. Until then, the uptrend remains in force.

Ripple, the company behind crypto asset XRP, has said that it will take a more conservative approach in reporting XRP sales this quarter. This is being done to allay the fears among institutions and consumers on fake reporting of trading volume in the crypto markets. Thailand’s largest commercial bank, Siam Commercial Bank, has denied that it plans to use Ripple’s XRP token, just days after a tweet that hinted the bank’s plans to do so. Also this week, hackers stole about $10 million worth of XRP from nearly 100 XRP ledger wallets on wallet service GateHub.

The XRP/USD pair has formed a flag following the rise from the lows. A breakout of the flag will point to a resumption of the up move that can carry the price to $0.66413 and above it to $0.76440.

Conversely, a breakdown of the flag will be a negative sign, as it shows a lack of demand at higher levels. The pair has support at $0.37835 and below it at $0.355660. The 50-week SMA and 20-week EMA are also close to these horizontal supports. Therefore, we expect buyers to defend this zone, failing which, the trend will turn negative. The next couple of weeks are critical as it will set the direction for the next leg of the move.