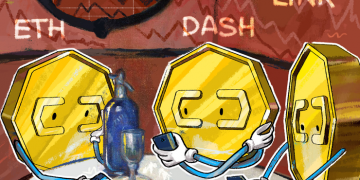 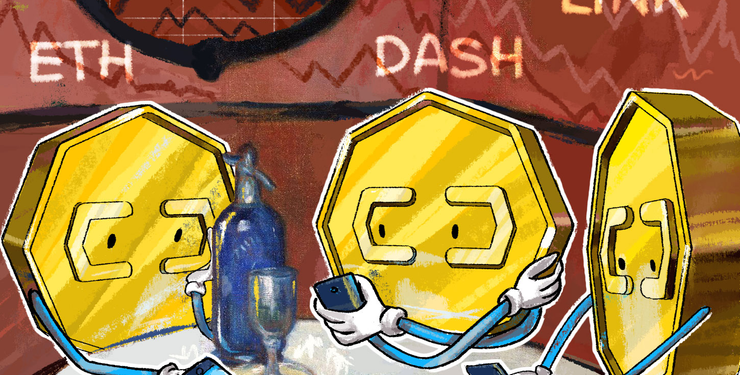 Market data is provided by HitBTC.

The short-term sentiment in the crypto community is one of uncertainty. Facebook’s Libra project, which was expected to attract millions of people to cryptocurrencies, is likely to face stiff regulatory hurdles. Likewise, various politicians around the world, including United States President Donald Trump are voicing their objections to cryptocurrencies.

Now, reports suggest that the U.S. Commodity Futures Trading Commission is investigating whether BitMEX allowed U.S. residents to use its platform to trade. These developments have led to profit-booking in most cryptocurrencies.

Total crypto market capitalization dropped from over $386 billion on June 27 to a low of just under $252 billion on July 17, which is a fall of 34.7%. Though this looks like a deep cut, we believe that it is a healthy correction as it comes after a sharp rally from close to $100 billion mid-December last year to $386 billion.

Corrections are part and parcel of every uptrend. They offer a low-risk entry point to traders who have missed buying in the previous leg of the rally. We consider the current correction a buying opportunity. Therefore, we are starting a new series in which we analyze the charts of the top three losers of the past seven days among major cryptocurrencies. We will highlight the critical levels where the correction could end, and will also point out levels that will indicate a probable change in the trend.

Dash (DASH) rallied from a low of $58.49 on December 15 to a high of $188.5598 on June 26. That is a 222.37% gain in just over six months. The upside was that DASH ascended gradually and never entered a blow-out phase. This indicates that after the correction ends, we can expect bulls to start a new uptrend. In the long term, the current fall will put a higher low in place.

On July 16, the DASH/USD pair plunged below the 61.8% Fibonacci retracement level of the entire rally from the lows. On the plus side, the break was temporary and bulls quickly reclaimed the level. This shows strong demand at lower levels. The pullback can now reach the downtrend line, which is likely to act as stiff resistance.

The next move lower will confirm whether a bottom is in place at $95.4264. If the pair rebounds off the support and rises above the downtrend line, it will indicate that the correction has ended. Traders can thereafter initiate long positions with stops placed below $95.

On the other hand, if the bears sink the price below $95.4264, it may result in a fall to $86.3249, which is the 78.6% Fibonacci retracement of the rally. This is the final support below which the fall will retrace the complete move. Therefore, traders should avoid bottom fishing if the support at $95 gives way.

The bulls are currently attempting to climb back above the overhead resistance of $224.086. If successful, the ETH/USD pair can rally to 20-day EMA, which is likely to act as a resistance. If the subsequent pullback bounces off $192.945, it will indicate a bottom. The price is thereafter likely to move up to $320.84. If this level is crossed, the next target is $366.

Conversely, if bears sink the pair below $191.879, it will signal weakness and a probable drop to the 78.6% Fibonacci retracement level of $144.545. Therefore, traders should avoid cherry-picking if support at $191.879 breaks down.

The pullback found support at the 50-day SMA, which is close to the 61.8% Fibonacci retracement level of $2.0175. This is a positive sign. However, the bounce off the support is facing stiff resistance at the 20-day EMA.

Both moving averages have flattened out and the RSI is just below 50, which points to a consolidation in the near term. The LINK/USD pair might trade between the 20-day EMA and the 50-day SMA for a few days. If the pair breaks out of the 20-day EMA and the downtrend line, it will signal strength and traders can buy with stops placed below the recent lows. The rally may reach $3.3282 and above it $3.75.

Our bullish view will be invalidated if the price breaks down of $2.0175. The next support is at the 78.6% Fibonacci retracement level of $1.3202. However, the pair will lose momentum below $2.0175, hence — following the breakdown — traders should wait for a new buy setup to form before initiating long positions.

Market data is provided by HitBTC.