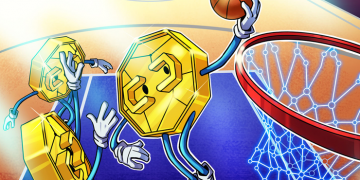 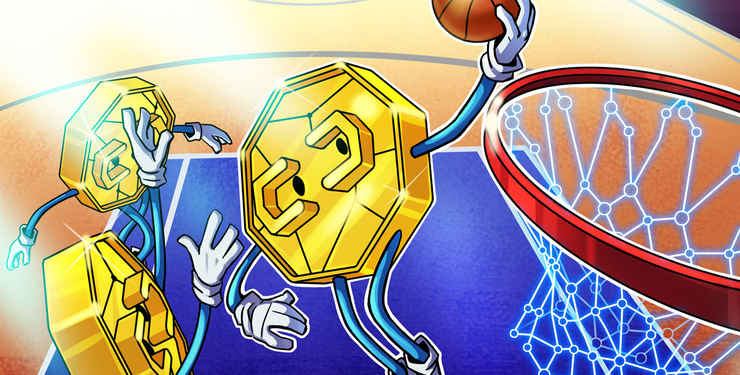 Cryptocurrencies and digital tokens have become powerful tools for a variety of industries over the past few years, and the world of sports is no exception. Sports fans are notoriously passionate about the teams they support, and there is a massive market for everything from tickets to memorabilia, collectibles and content.

As the world continues to move online, sports teams and organizations are beginning to embrace the use of cryptocurrencies and digital tokens to give fans access to exclusive content and items using these new technologies. This move toward crypto-acceptance has been happening for some time in the sporting space. As early as 2014, the NBA team Sacramento Kings began accepting Bitcoin (BTC) as a payment method for tickets and merchandise, in a move that was considered a first in the sports industry.

From then onward, a swathe of organizations have begun to explore the use of digital tokens. In this article, Cointelegraph takes a look at the biggest sports teams and how they’re adopting digital tokens and cryptocurrency to provide their fans with the latest in e-commerce and user engagement.

Football — or as it is called in United States, soccer — is by far the most popular sport on Earth. According to FIFA’s audit of audience data following the 2018 World Cup in Russia, over 3.5 billion people tuned in to watch the global showpiece. This number suggests that half of the world’s population caught some of the action during the competition — a staggering thought that hammers home the popularity of the game. Given the potential number of people reached by the sport, any product or advertiser associated with the biggest football brands are almost guaranteed to benefit from the exposure.

The fans have a notoriously insatiable appetite for memorabilia, including anything from jerseys to signed apparel. The biggest football teams have mammoth fan bases across the world, which are looking for a more immersive experience to support their team. A number of Europe’s biggest teams have adopted a blockchain-based solution that gives fans a number of token-powered utilities to interact with the team. Juventus, Paris Saint Germaine, West Ham and Roma have all engaged in their own partnerships with the blockchain-based fan engagement platform Socios.

The platform enables these teams to launch their own fan tokens, which can then be used by fans on the platform. Using their tokens, they can participate in votes on things like changes to the club’s jersey while also having access to exclusive content and memorabilia. Socios has two types of voting mechanisms: binding and nonbinding. A binding vote means that the club has to carry out whatever the outcome of a vote is. So, if the fans vote for a color change of their jersey, the club will have to make good on its promise. Given that the votes are carried out on a blockchain platform means they cannot be tampered with or erased.

It is an interesting use case for blockchain, and the fact that these high-profile clubs have jumped on board is a great endorsement for the sector. Socios’ system uses the Chiliz cryptocurrency token. The company recently announced a new partnership with major cryptocurrency exchange platform Binance. Part of this deal could see Chiliz listed on the crypto exchange.

This partnership speaks volumes for the potential of blockchain and cryptocurrency use in sports. As Socios CEO Alex Dreyfus noted, the global sports audience is estimated to be around 3.5 billion people, indicating how many people can be reached through the sector.

Also, the Portuguese football club Benfica began accepting cryptocurrency payment for merchandise and tickets in June 2019, through the cryptocurrency platform Utrust. The move was mainly driven to meet the demands of over 7 million fans on social media. Supporters can make purchases using BTC, Ether (ETH) and Utrust tokens.

Related: Celebs and Crypto: A Mixed Bag of Crypto Collaboration

Over and above all these deals and endorsements, a number of prominent soccer players, such as the Barcelona star Lionel Messi, have also promoted various cryptocurrency and blockchain projects.

Sports and betting have had a long history, and the latter is intrinsically linked to the former. The nature of cryptocurrencies has seen them leveraged as a means to facilitate gambling and betting. The success of betting companies has seen many become major sponsors of sports teams around the world. Cryptocurrency-based betting companies have also come to the fore in this regard with two major English Premier League football sides accepting sponsorships.

In 2018, Prem heavyweights Arsenal signed an advertising deal with California-based gambling company CashBet. The company was set to launch its native cryptocurrency, the CashBet Coin, in January 2019. The deal would see CashBet Coin advertised during Arsenal’s home games at the Emirates Stadium during the Premier League season. Cointelegraph has contact Arsenal to verify if the partnership is ongoing in 2019.

Another Premier League club, the Wolverhampton Wanderers, has an ongoing advertising deal with cryptocurrency exchange CoinDeal. The company’s logo appeared on the sleeve of the Wolves’ jersey during the 2018-2019 season — and the parties have now agreed to a new deal for the upcoming football season.

Alson in 2018, eToro made waves with an advertising sponsorship involving seven Premier League sides that was paid entirely with Bitcoin. The deal would see eToro branding featured on pitch side advertising boards and other mediums. Newcastle, Tottenham Hotspur, Brighton and Hove Albion, Cardiff, Crystal Palace, Leicester City and Southampton were part of the deal made last year. The campaign also included the launch of eToro FC, which provided educational material, tutorials and market news to members of the community.

2019 has seen more recent endorsements deals between cryptocurrency firms and sports teams. Over in the U.S., the NBA outfit Cleveland Cavaliers announced a new partnership with cryptocurrency exchange UnitedCoin that would see the firm advertised at the team’s stadium. It would also be promoted on the social media platforms of the club esports team, Cavs Legion, and during online competitions.

Following that, the Miami Dolphins partnered with Litecoin (LTC) as the NFL team’s official cryptocurrency. The deal would see Litecoin advertised through branding at the team’s stadium. Dolphins fans will also be able to purchase team raffle tickets using Litecoin and Bitcoin, with half of those proceeds going to charities supported by the team.

The rise of Ethereum unlocked new potentials with cryptocurrencies through the advent of smart contracts. It didn’t take long for projects like CryptoKitties to explode in popularity, as Ethereum users clamored to get their hands on the valuable crypto collectibles.

Major League Baseball team Los Angeles Dodgers took the concept and introduced the first ever crypto-giveaway at a sports event in September 2018. The first 40,000 fans to enter their stadium for its match against the Padres received a crypto token to download a digital bobblehead of three of their players. The collectible would then be added to the users’ Ethereum wallets. It scratches the surface of collectibles but provides an interesting use case of how a blockchain platform like Ethereum can be used to provide sports fans with collectibles and other exclusive digital content.

A glimpse of things to come?

There is no denying the influence and reach that sports have around the world. Audience numbers for the most popular sports are in the hundreds of millions and this has massive potential for potential advertisers. Given that cryptocurrencies and blockchain technology have only been around for just over a decade, their proliferation into this sector is impressive.

Partnerships with the biggest teams in European football — as well as breaking into the American audience for basketball and American football — cannot be understated, and advertising alone is bound to introduce new users to the world of cryptocurrencies and blockchain.

It’s easy to imagine that online fan engagement and sales will be driven by tokenized platforms in the future, and teams that are already exploring these avenues could have a big advantage over those that haven’t, as of yet. Sports have always brought people together and influenced the lives of many — and the right campaigns and tools are bound to succeed when partnering with the right platforms.