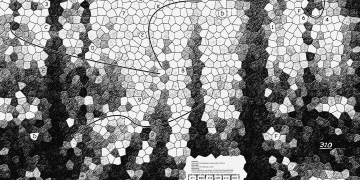 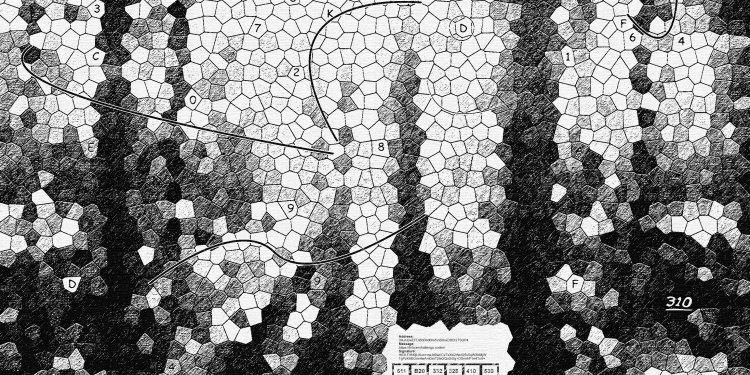 Over $1 million in bitcoin was hidden in a picture – and there’s still some left to be found.

Called the 310 BTC Bitcoin Challenge, a pseudonymous user going by the name “Pip” stashed a total of 310.61 BTC (worth $2,011,267 at press time) into four digital wallets earlier this month – with the recovery code for unlocking each wallet decipherable through careful investigation of a single black-and-white image.

It’s a familiar concept within the space. Earlier this year, a crypto enthusiast won $50,000 worth of bitcoin by solving a puzzle in a painting called “The Legend of Satoshi Nakamoto” by visual artist turned blockchain developer Marguerite deCourcelle.

Similar to the 310 BTC Bitcoin Challenge, enticing users to find bounties of bitcoin concealed within a computer-generated image, one of Driscoll’s puzzles took more than two years to solve.

For Pip, the game, which debuted on October 2, was an experiment, he said, created “to make someone else happy.” Pip claims to have amassed “a treasure chest” of bitcoin largely for free as an early adopter.

His puzzle, though, is already near completion. In fact, within eight days of the challenge being released, three of the four wallets were successfully unlocked and emptied – this including the grand prize allotment of 310 BTC.

Shocked at how quickly the funds were moved, Pip posted on Reddit, “I’m very surprised and impressed at the same time. For my next challenge, I can clearly beef up overall complexity.”

The web page reports over 400 registered participants – and counting. While the majority of staked funds have been claimed, the challenge is ongoing with one final wallet containing 0.31 BTC, around $2,000, yet to be unlocked.

As such, active discussions among interested parties on not only Reddit but other public channels such as Discord and BitcoinTalk posit different techniques to uncover the remaining secrets hidden in the PNG file.

To crack the code, participants will require a combination of different skills including image manipulation, bytecode manipulation, text encoding and cryptography.

“I bet you there are patterns and clues and inside jokes and a culture that might be useful for solving the problem,” he said, adding:

“There are probably clues going on here and ways of solving problems that are shared by the community without necessarily being mathematical.”

Below is a recounting of how the first three puzzles were figured out and how those techniques might be used to unlock the last of the bitcoin.

Indeed, Pip himself affirms that part of the solution to the challenge can simply be gleaned through careful inspection of the image by anyone, even “while on the bus.”

Hinting at techniques used in a branch of cryptography known as steganography, where secret messages are hidden in plain sight, the first step to cracking the code is merely paying attention to image details.

Zooming in on the above image, some have found key pieces of information, such as a date reference to when the challenge first started.

Transforming this image so that it is reflected by a central axis reveal additional clues to suggest the curves and lines superimposed on the mosaic-like grid actually serve to group together different letters and numbers scattered about.

Another key element to uncovering the last remaining code is knowing what to look for in context of how bitcoin storage works.

There’s a variety of different digital wallets able to hold bitcoins, or rather bitcoin private keys, indicating de facto ownership. Among the many ways a user might ensure safe holding of their tokens, a grouping of 12, 18 or 24 words – together called a “seed phrase” – can be randomly generated and used as the ultimate recovery password to gain wallet access.

From a previous solution to a holding of 0.1 BTC, the seed phrase for one of the wallets in the challenge was: cry buyer grain save vault sign lyrics rhythm music fury horror mansion.

And as most bitcoin enthusiasts will know, the possible words that make up these seed phrases are compiled in multi-language lists found on Github repositories of bitcoin improvement proposals.

Therefore, in order to unlock the remaining bitcoin wallet, challenge participants will likely have to put together the correct combination of words to compose a bitcoin seed phrase relying upon one or more of these Github word lists.

It’s unavoidable. There likely does require some knowledge of code manipulation in order to complete this challenge.

For example, participants so far have relied on a programming operation known as bit shifting in order to decode messages found within the challenge image.

As background, bit shifting essentially moves a value – be it a binary value composed of ones and zeroes or a hexadecimal value composed of numbers and letters – either to the left or to the right by a set amount, much like how you would add or subtract in basic mathematics.

Looking closely at the original image, there is a grid of hexadecimal values that can be converted using a common shift key such as the challenge start date and then transformed into a new set of values.

Given this grid’s use case for other wallet solutions, it is likely that operations in the same vein as bit shifting will be required to further decode the message behind these values.

Last but not least, this would not be a bitcoin challenge without emphasis on techniques used by computer science professionals and cryptographers.

So far, challenge participants have leveraged an open-source software known as OpenSSL, or the Open Secure Sockets Layer, to decrypt part of the challenge solutions.

Speaking to the highly popular use case for the technology, Constellation Research’s Wilson explained that in essence, OpenSSL is “a code library that helps you secure your website,” adding, “It’s being used by essentially every web server.”

Indeed, the unique code base and commands of OpenSSL able to encrypt web communications has also been used to similarly encrypt digital wallet codes as part of Pip’s bitcoin challenge.

Knowing all this, the remaining task of deciphering the last piece to the 310 BTC Bitcoin Challenge is most likely a mixture of these techniques. Good luck!

Special thanks to background contribution from Urvish Parikh, Aditi Hudli and Alyssa Hertig.