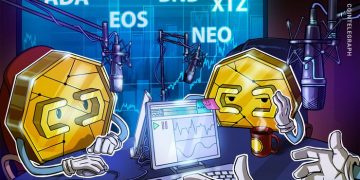 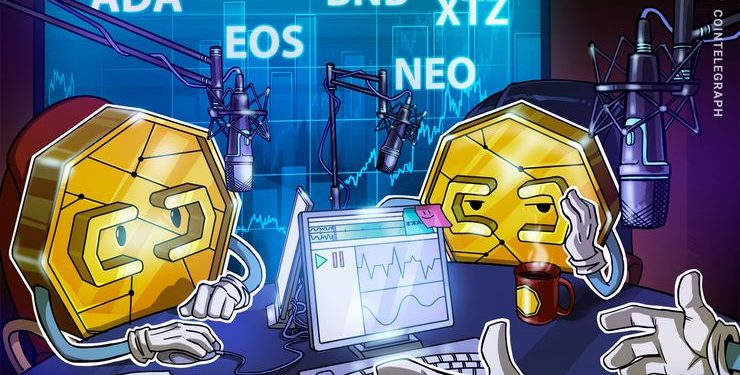 The crypto community will have to wait till the second half of May to know the fate of the Bitcoin ETF applications by VanEck and Bitwise, as the US SEC has again delayed its decision. Very few people expect the Bitcoin ETF to see the light of the day in 2019. Hence, even if it is not approved, the impact on crypto prices is likely to be limited. However, if the ETF is approved, it will be a pleasant surprise and will give a major boost to crypto prices.

Currently, the recovery is not led by Bitcoin: it is the altcoins that are dragging Bitcoin prices higher. Based on options data, traders are giving only a 5 percent chance for Bitcoin to reach $10,000 by September of this year. We believe that if the bulls succeed in breaking out of $4,255, the markets will start pricing in a greater probability of touching higher levels this year. Though we expect some sharp rallies during the year, we do not anticipate them to be similar to 2017.

Argentina’s deputy minister of finance, Felix Martin Soto, said that promoting crypto will reduce the demand for U.S. dollars in the Latin American nation and stabilize the local markets. Increasingly, nations are warming up to the vast potential of cryptocurrencies and blockchain technology. This will attract more investors to the asset class, as they see the transformation that the technology can bring about in their economies. Though slow in catching up, price will eventually follow fundamentals, and altcoins have been soaring in the past few weeks. Let’s look at the best performers of the past seven days.

Tezos (XTZ) has been one of the stronger altcoins in the past few days, as its price has been buoyed by some fundamental events that brought cheers to the investors. The community has completed voting on the protocol proposal that will decide the upgrade of Tezos, and the proposal is now entering an Exploration Vote Period (or “Testing_vote period”). The markets also cheered the additional grant received by Cryptium labs to develop baking and consensus improvements for the Tezos core protocol.

Coinbase Custody is offering staking services with Tezos (XTZ) to attract institutional players, wherein investors can make about 6.6 percent annual return and a client’s assets will be kept in a cold storage at all times, making the process risk-free. The Tezos foundation intimated that PwC Switzerland has completed the 2017 statutory audit, and that the same has been filed with the Swiss Federal Supervisory Authority for Foundations. PwC is also conducting the audit for 2018.

With these positive fundamental developments, can the rally continue or will it hit a roadblock? Let’s find out.

The XTZ/USDT pair traded in a tight range of about 16 weeks before breaking out to the upside. Last week, though the breakout of the $0.33-$0.654310 range could not be sustained, the pair has followed it with another up move this week. This shows a likely change in trend. In this up move, the digital currency has broken out of the 20-week EMA and can now rally to the 50-week SMA at $1.73. There is a minor resistance at $1.295480, but we expect it to be crossed.

Contrary to our assumption, if the bulls fail to scale $1.294580, the digital currency might consolidate for a few more weeks. The recovery will lose steam if the price plummets below $0.654310 once again.

The official arm of Cardano (ADA) announced that the popular Ledger Nano S now supports the cryptocurrency, which will help users hold their assets securely. Also, 19 Ethiopian and four Ugandans students graduated from IOHK’s Haskell Course: these software developers will use blockchain technology to solve various problems in the Ethiopian agriculture industry. Charles Hoskinson, founder of IOHK, expects that in about three to five years, information can be moved between different systems, noting that the crypto industry is still waiting for the “WiFi or Bluetooth moment.”

On the downside, any pullback is likely to find support at the 20-week EMA and below it at $0.051468. If the bulls fail to defend this support, the pair will again weaken.

Traders who have purchased 50 percent of their desired allocation on our previous recommendation can continue to hold with the stop at $0.0350. We shall watch the price action for one more week and then suggest trailing the stops higher.

EOS continues to hold the first position in the Chinese government-sponsored rankings of major cryptocurrencies, and Weiss Crypto Ratings gave a ranking of “A” to EOS for its challenge to Ethereum. As of January, 48 percent of DApps users were on EOS, way higher than the 28 percent on the Ethereum network. In another hack on the Bithumb exchange, more than 3 million EOS was transferred out from the exchange’s hot wallet. Let’s see how the price is reacting to this news.

After consolidating for about four weeks, the EOS/USD pair has resumed its recovery. It will now again attempt to breakout of the overhead resistance at $4.4930. If successful, it can rally to $6.8299. The 50-week SMA is just below this level; hence, we expect $6.8299 to act as a major roadblock. But during the next pullback, if the pair manages to stay above $4.4930, it will indicate strength and will confirm that the markets have rejected the lower levels.

Following a breakout above $6.8299, we expect the virtual currency to pick up momentum. Both the moving averages have flattened out and the RSI has risen to the midpoint: this shows that the selling pressure has reduced and a new uptrend is likely. Our bullish view will be invalidated if the price fails to climb above $4.4930 and breaks below $3.8723.

Binance announced a new lottery format for the next token sale on Binance Launchpad. This is a change from the first-come-first-serve basis that was used for the previous successful token launches. Binance has also partnered with risk management and compliance firm IdentityMind to improve data protection and compliance for Binance’s global operations. The week also saw reports that many crypto exchanges were reporting fake volumes. The CEO of Binance, Changpeng Zhao, welcomed these reports, as it will help to make the industry more transparent.

The BNB/USD pair is leading the altcoin recovery from the front. After the recent recovery, it is only about 35 percent from the lifetime highs hit in January 2018. This shows that select cryptocurrencies have emerged from their bear markets and are on track to challenge the lifetime highs.

Currently, the pair is facing some profit booking at the major resistance of $18. We anticipate a few more weeks of consolidation, or a minor correction before the bulls again attempt to breakout of $18 and make a new lifetime high. On the downside, the digital currency will find support at $14 and below it at the 20-week EMA. The moving averages are completing a bullish crossover, which shows that the trend has changed.

Our bullish view will be invalidated if the digital currency breaks down and sustains below the 50 percent retracement of the recent rally.

NEO prices received a boost when Nash.io, a decentralized exchange built on top of NEO, announced that it has finalized the protocol spec for Bitcoin trading. In another news, Binance has added additional stablecoin pairings for NEO that might help drive up the volume for the cryptocurrency.

The NEO/USD pair has reached the top of the $5.48080-$10.00 range, and is currently facing resistance at the 20-week EMA. The rise from the low of the range to the current levels has been gradual, which shows an accumulation by the bulls. If it breaks out of the 20-week EMA, it might pick up momentum and rally to $17 and above it to the 50-week SMA at $24.

On the other hand, if the price turns down from the current levels once again, it might extend its stay in the range for a few more weeks.