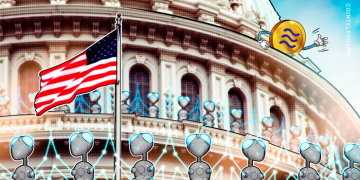 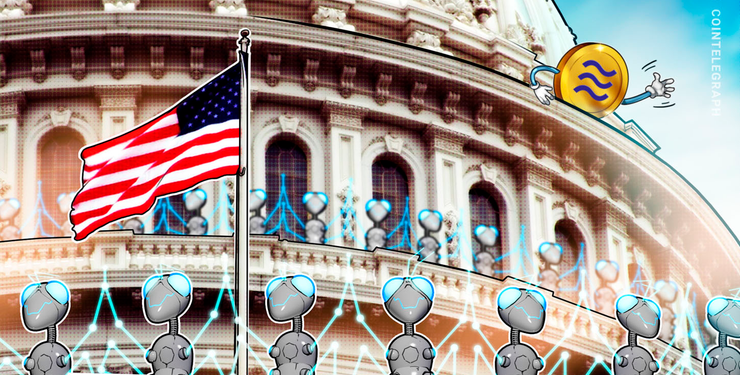 Things are heating up for Libra: This week’s United States congressional hearings showed that many politicians are not convinced by the safety aspects of Facebook’s cryptocurrency project, as they grilled the social media giant on privacy- and trust-related issues. In response, Facebook keeps stressing Libra’s compliance with regulators and readiness to discuss possible frameworks.

Meanwhile, a drafted bill titled “Keep Big Tech out of Finance” surfaced right before the testimonies before Congress took place. So, does the U.S. government have the power to terminate Libra — which is something Rep. Maxine Waters famously requested soon after the project’s white paper was released?

At this point, the regulatory environment in the U.S. seems rather hostile toward Libra — even President Doland Trump has spoken against the project, saying that the social media giant’s digital currency “will have little standing or dependability.” During the remark, Trump also stressed the importance of the U.S. dollar — which seemed to echo the sentiments of a number of central banks around the world, which are worried that Libra’s arrival could undermine their sovereign currencies. According to Trump:

“If Facebook and other companies want to become a bank, they must seek a new Banking Charter and become subject to all Banking Regulations, just like other Banks, both National and International. We have only one real currency in the USA, and it is stronger than ever, both dependable and reliable. It is by far the most dominant currency anywhere in the World, and it will always stay that way. It is called the United States Dollar!”

Other vocal opponents include the Senate Banking Committee and the House Financial Services Committee. Most of their complaints stem from Facebook’s involvement in a series of high-profile privacy scandals. Indeed, just a few days before the Libra hearings, the Wall Street Journal reported that the social media giant had reached a record-breaking $5 billion settlement with the Federal Trade Commission (FTC) over repeated privacy violations — namely the 2018 Cambridge Analytica data privacy scandal, among other data breaches and leaks.

The Banking Committee hearing, which took place in Congress on July 16, showed that it will be difficult for Facebook to change regulators’ opinion toward Libra. For instance, while presenting his statement, Sen. Sherrod Brown of Ohio went as far as to say that Facebook “broke journalism” and “helped incite a genocide,” referring to the ongoing conflict in Myanmar.

Further, when Brown asked David Marcus, the head of Facebook’s crypto wallet, Calibra, “Do you really think people should trust Facebook with their hard-earned money?” Marcus replied that Facebook “will have no special privilege,” the senator then interrupted,“Mr. Marcus, you know better than that.”

Brown subsequently referred to Libra as a “recipe for more corporate power over markets and over consumers.” That, combined with remarks from other politicians, such as Rep. Waters, who have asked Facebook to halt the development of Libra “given the company’s troubled past,” seems to coincide with the arrival of a drafted bill titled “Keep Big Tech out of Finance,” allegedly deriving from within the U.S. House of Representatives Financial Services Committee. The document reads:

The bill goes on to define “a large platform utility” as a tech company that earns annual global revenues in excess of $25 billion.

How dangerous is the bill for Libra? Experts call it “a stunt move”

Will the new bill be successfully lobbied out of the House and stop Facebook from working on Libra? Konstantinos Stylianou, assistant professor of competition law and regulation at the University of Leeds, seems to doubt that. He told Cointelegraph:

“The bill, in its current form, can be nothing more than a stunt move. There is no widespread political support behind it and  it seems to be primarily motivated by the general disenchantment with Facebook and the big tech. There is no demonstrated risk for the bill to tackle, and the US in particular is very careful not to regulate unless there is substantial evidence of harm.”

In Stylianou’s view, tech giants “are now the largest lobbying spenders, and despite recent scrutiny (e.g. Facebook’s $5bn fine by the FTC), their business operations have remained intact.” The professor then elaborated on why he is skeptical that the bill is appropriate in this case:

“A complete ban like the one proposed by the bill is an extreme and untimely measure. It is true that there other laws place structural separation between banking and non-banking activities (see e.g. the Bank Holding Company Act that prohibits bank holding companies from going into non-banking activities), but this is not at all similar to FB’s situation. For one thing, we don’t even know what kind of financial instrument Libra will be considered to be. There are several milder ways to police Libra depending on what the law wants to achieve. If it is financial stability, the law can institute oversight mechanisms; if it is privacy, they can regulate data collection, use and sharing; if it is that FB is becoming too powerful, they have antitrust. A complete ban is misplaced at this point in time.”

Still, Facebook’s bad reputation with regulators and the government at large could represent a serious obstacle, says William McCormick, CEO at Pure Knot and blockchain consultant:

“Indeed the Senate hearing today highlighted that Facebook has a lot of work to do with regards AML and compliance before convincing US regulators that they have a role to play in issuing cryptocurrencies. Successful crypto companies are taking a long term view with regards to focusing on compliance first. The last couple of years of cryptocurrency development has provided a blueprint for Facebook to follow and it is up to them if they take it on board.”

Consequently, as John Todaro, director of research at Tradeblock, has previously told Cointelegraph, the social media giant isn’t likely to risk entering into a conflict with the lawmakers:

“Facebook is still heavily subject to government laws and regulations around data collection, privacy, and taxation. Openly flouting government requests to halt Libra until further notice, would likely bring Facebook more in the cross-hairs of regulators.”

Marcus’ latest tweets seem to confirm that assumption. “We will not launch until we’ve fully addressed regulator concerns,” the Calibra CEO wrote after testifying at the first congressional hearing. He also highlighted Facebook’s intent to be compliant in terms of the Financial Crimes Enforcement Network (FinCEN) in distributing the Libra stablecoin.

Nevertheless, the mere fact that cryptocurrencies are being discussed in Congress could be a positive sign for the industry, as it gains wider recognition. For instance, U.S. House Minority Leader Kevin McCarthy has recently praised Bitcoin (BTC) while criticizing Facebook’s Libra stablecoin during an interview with CNBC. Similarly, former Republican congressman and presidential candidate Ron Paul said he is in favor of cryptocurrencies and blockchain technology because he likes competing currencies.

“It seems there is only one thing the US Gov and Facebook agree on: cryptocurrency is the future,” Kris Marszalek, CEO at Crypto.com, told Cointelegraph. “I believe firmly that Facebook will find a way to capture this tremendous opportunity in a compliant manner: if not via Libra, than via investments and M&A.”

Moreover, the U.S. government wouldn’t take the chance of sending a hostile message to the crypto industry, Stylianou adds, saying:

“The US competes with numerous other jurisdictions to become the cryptoasset capital (e.g. Switzerland, Singapore, UK, China, etc). Banning established firms from foraying into cryptos would send a very hostile message. Not a wise thing to do in an industry where the typical advantages of the US market (e.g. VC, stable regulation, infrastructure) are not only irrelevant, but even a liability.”

Meanwhile, the second day of hearings is well on the way, and it kicked off with a bang: Rep. Waters started her speech with claims that Facebook has shown a “demonstrated pattern of failing to keep consumer data private on a scale similar to Equifax” and “allowed malicious Russian state actors to purchase and target ads.” Time will show if Facebook manages to convince the legislators, but it seems that there are not a lot of tools at the disposal of U.S. regulators that could stop Libra from taking shape.