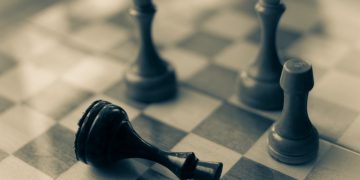 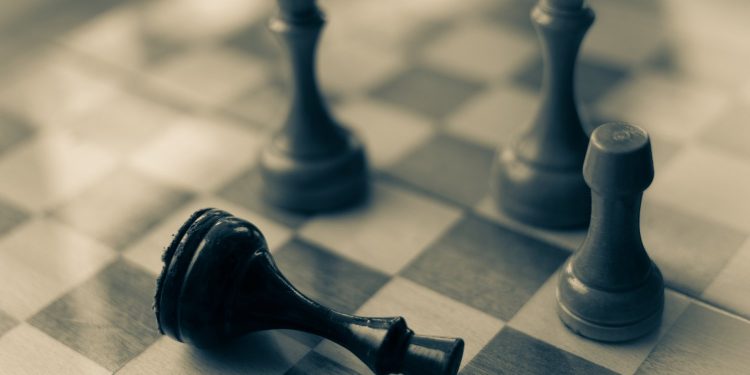 This space ain’t big enough for all of us.

While it may be more genial and less chaotic than the public blockchain world that Hearn left behind when he quit work on bitcoin in 2016, enterprise tech is still a competitive business. And speaking to CoinDesk last week during R3’s CordaCon event in London, the two executives described this game as, if not quite zero-sum, something close.

An enterprise blockchain “shakeout” is well underway, said Brown, who before joining R3 spent 15 years as a banking expert at IBM (now arguably a chief adversary of his present employer) and was also an advisor to a young and then-inexperienced Hyperledger.

In order to gain the network effects of blockchains, many firms will have to move at once, Brown told CoinDesk, and they are simply not going to tolerate multiple different platforms all in the same organization.

“So that naturally means there has to be a shakeout and a consolidation down to a small number of platforms.”

This boils down to a Big Three, Brown argued: a choice among R3’s Corda; Hyperledger, which he acknowledged is “well governed”; and possibly one of the enterprise ethereum variants, given the conviction behind it, although “right now we are not seeing it.”

Indeed, there has arguably been a shaking out at the sector level; as previously reported by CoinDesk, the insurance industry, for example, seems to have settled on R3’s Corda platform after some deliberation.

But Hearn told CoinDesk this period of reckoning will be wider than just the enterprise space, voicing serious doubts about ethereum in general.

“I don’t think ethereum is going to go anywhere, to be frank,” said Hearn, adding, with perhaps a touch of hyperbole, “They have announced they are going to rewrite everything from scratch; that’s why I say that.”

Hearn said he found “ethereum 2.0” initiatives (like moving to proof of stake and rewriting the virtual machine) “really surprising.”

“They have a market position now; what you don’t want to do is start a new blockchain with new technology and announce that all of your existing technology is rubbish – which is kind of what they are doing.”

In Hearn’s view, this will result in minimal traction in the enterprise space as well as the loss of a lot of momentum in the public blockchain space.

Hearn went as far as saying all the time wasted on indecision and infighting in the public space (his exasperation over which famously drove him away from bitcoin) means the really exciting and interesting technological work is happening in enterprise blockchain.

“I think the really cutting-edge work has actually now moved to companies like us, which are better funded and more focused and not spending time with internal disputes,” he said.

Further underscoring that enterprise blockchain is no hugbox, R3 has been involved in some dust-ups recently.

Last week the startup agreed to a settlement in a dispute with Ripple over a large swath of XRP, the cryptocurrency closely associated with Ripple. While the terms of the settlement are confidential, if the payment to R3 is sizable it could conceivably address the startup’s rumored cash flow issues.

And a couple of months back, R3 launched an aggressive bid to provide technology to the Utility Settlement Coin project, which was rebuffed by its consortium of banks.

This type of hustle has earned R3 a reputation as a “scrappy contender,” in the words of one industry member.

“If someone called me that, I’d see it as a compliment,” responded Brown, adding that firms can choose whatever platform they see fit and Corda does not have an inherent right to be chosen.

“We have to convince them that Corda is the right choice, show them that we understand their problems. So yeah, we fight for every piece of business. Absolutely. We take nothing for granted.”

Brown pointed out that he and Hearn made some architectural decisions early on in the genesis of Corda that were viewed at the time as unusual or controversial and possibly unfashionable.

“But we have not had to revisit any of them,” said Brown, “and apps on earlier versions of Corda continue to work. We don’t see any u-turns or major changes on the horizon in the way maybe we see with some of the other platforms.”

But some changes afoot in other areas of the enterprise blockchain space could be interesting to watch play out. Among the possibilities, there could be closer alliances between ethereum and Hyperledger, both in terms of the Sawtooth ethereum implementation (Seth) and work underway involving Fabric and the ethereum virtual machine (EVM).

Asked about this, Brown pointed out that Corda’s licensing is identical to Hyperledger’s Apache 2.0 – and that from a governance and a licensing process Corda is directly aligned with Hyperledger. (Software licensing is a salient issue for enterprises when choosing which open-source platform to build on, and it has been a complex area for ethereum, although the EVM was successfully brought within Hyperledger and Apache licensing with the Burrow implementation courtesy of Monax).

Yet Hearn was circumspect about any possible alliances between ethereum and Hyperledger.

“It’s not going to change anything fundamentally about the products. So any sort of alliance would be something of a marketing event rather than a major change to way the platforms work,” he said.

Despite R3’s reputation as the quintessential “I’m interested in the technology, not the currency” organization, tokenized ownership of assets on Corda is becoming a big deal, especially as the open source community grows.

R3 co-founder Todd McDonald will now focus on tokenizing activity of all stripes, from decentralized governance tokens on Cordite to collateral lending via HQLAx.

Brown said tracking and transferring ownership of real-world assets in a regulation-compliant manner is a sweet spot for Corda right now.

“You need strong identity and settlement finality to free up these assets, make them liquid,” he said.

Hearn pointed out that Corda’s intellectual origins are basically in bitcoin, more so than ethereum.

Harking back to his early work in the bitcoin space, and a practical vision for cryptocurrency, he said, “The first app ever written was a cash token app. That’s what it’s all about: payments, coins.”

Going further with this concept means an exploration beyond technology. For instance, in a recent brainstorming session, Hearn said he was looking at a “sort of Satoshi-style, free-floating token” on Corda with no issuer at all.

“We were just mucking about basically, but it ends up again in the social and political side of how do you issue it fairly?”

Stepping back, it’s a similar issue when it comes to convincing central banks to “allow people to have hard money and make it easy to use,” Hearn said, referring to proposals for central bank digital currencies (CBDCs).

Or, having to go through the commercial banks who then need to be convinced to hold the money and turn it into tokens.

“The thing with tokens, the technology is not the hard part. It’s really business, regulatory and political issues rather than technical issues.”