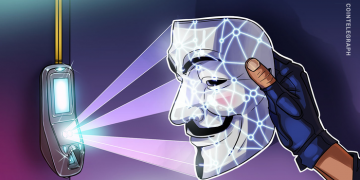 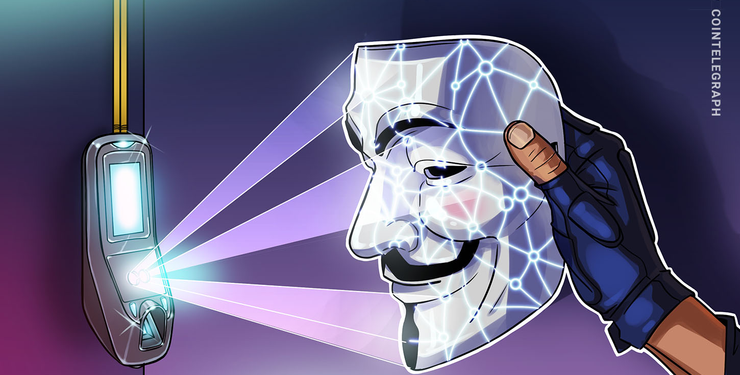 The crypto community has recently been actively discussing the fate of QuadrigaCX’s 30-year-old founder, Gerald Cotten, who reportedly died in India from a fatal disease in December 2018. However, before the apparent passing, he took virtual keys for digital wallets and moved them into cold storage. Why did this story end so tragically, and has it truly come to a conclusion?

How it all began

QuadrigaCX appeared in 2013 and quickly became one of the largest Canadian crypto exchanges. The platform allowed its users to get cash or cryptocurrency through an online trading service by storing digital assets on the blockchain, which are only available in the same alphanumeric code. Gerald Cotten was the only officer and director.

The cryptocurrency world has always been very sensitive to news about large losses of money and hacks, as the market is young, unregulated and has many users who are not protected from any kind of threat. When the news broke that Cotten died, it hit some people extremely hard — especially when it was revealed that he supposedly transferred users’ funds from the exchange and used them as security for his own margin trading on other platforms. As a result, users of QuadrigaCX lost about $190 million and finally began a noisy trial.

QuadrigaCX began to experience difficulties with banks in the autumn of 2018 due to the inability to access their funds. Back then, the Canadian Imperial Bank of Commerce (CIBC) froze five accounts owned by Jose Reyes — the owner of payment processor and exchange Costodian Inc., which was a subsidiary of QuadrigaCX. The governing body also asked the Ontario Supreme Court to hold $19.6 million and determine whether these funds belonged to Costodian, QuadrigaCX or users who deposited the funds. The court ruled in favor of the bank’s request, stating that the owner of the funds was not clearly defined.

But then, the case did not develop and some users could not access their accounts, but no one seemed to be getting worried after the case with CIBC. The bombshell fell in January 2019, when the company’s Twitter page revealed the news that its founder, Cotten, suddenly died during a journey to India:

“Please see our statement regarding the sudden passing of our @QuadrigaCoinEx founder and CEO, Gerry Cotten. A visionary leader who transformed the lives of those around him, he will be greatly missed.”

The most unusual thing was the fact that, after the sudden death of its founder, QuadrigaCX exchange lost $190 million ($145 million) in digital assets, as the exchange representatives had not been able to find or access funds since Cotten’s death in December, which led to a liquidity crisis on the exchange. The exchange had only $286.000 is assets, while it owed its users about $190 million. This was the case since all the assets of the exchange were kept in a cold storage, and only Cotten knew the password.

In January 2019, Cotten’s wife, Jennifer Robertson, legally assured the testimony that her husband had never spoke about the users’ money and he didn’t leave behind any passwords to the crypto wallets. That is: no man, no money. Dead men are not responsible.

In early February, rumors began to gain momentum and the public found out that Cotten could have stored the personal keys from the exchange on paper in a safe. This was an assumption based on the words of Cotten himself in 2014, when, in an interview, he warned about the danger of losing keys to storage systems with a cold wallet and, consequently, loss of access to the assets. He concluded that the best way to keep private keys is to print them and store offline in a safe.

The company’s management wasted no time. In early February, it filed a petition to protect creditors in the Supreme Court of Nova Scotia and announced that the audit by Big Four firm E&Y would be following up on the proceedings as an independent third party.

Related: Round-Up of Crypto Exchange Hacks So Far in 2019 — How Can They Be Stopped?

Also, the users of the exchange created a committee that provided recommendations for victims of QuadrigaCX. A committee of seven former exchange users assisted the law firms in representing all affected users in legal proceedings against QuadrigaCX. To whitewash her husband’s reputation, Robertson made a statement in March, which claimed that Cotten invested his own money in QuadrigaCX to finance user withdrawals in 2018 after the CIBC froze five company accounts.

On April 1, E&Y claimed that the now-closed exchange should be declared bankrupt and proposed an action plan in a report submitted to the Supreme Court of Nova Scotia. And after seven days, on April 8, QuadrigaCX was officially declared bankrupt. Just a month later, E&Y released a report, which described assets and liabilities of the crypto exchange and its subsidiaries. The report said that Quadriga’s assets amount to about $20.8 million and around $160 million in liabilities.

In June 2019, E&Y released its most recent report, in which it was explicitly stated that Cotten had transferred users’ funds from the exchange and used them as security for his personal trading on other platforms. The report also noted that there was no separation between duties and basic internal control, nor any division of assets between QuadrigaCX funds and those of the users.

According to the document, Cotten also created fake QuadrigaCX accounts under several pseudonyms and used them to trade on the platform to show artificial income.

Some former QuadrigaCX users, however, have started their own investigation. Some Reddit users analyzed bitcoins taken from the QuadrigaCX exchange and found them being traded on other exchanges. Reddit users claimed that the withdrawal of transactions that they had analyzed were found on the exchanges HitBTC and Bittrex.

Cotten and Robertson tied the knot in Scotland in October 2018. A month later, in November, Cotten left all his financial assets to his wife, making her the sole executor of his estate.

For a 30-year-old man who does not have a history of life-threatening diseases, the decision to write his will a few days before leaving for India could be interpreted as a sign of fears for his life or even something nefarious. Within 24 hours of the couple’s arrival on Dec. 8, Cotten was declared dead.

Representatives of the Indian hospital where he was taken claimed in a press release that Cotten had a history of Crohn’s disease and was on monoclonal antibodies for therapy. Cotten was diagnosed with a case of septic shock, perforation of peritonitis and intestinal obstruction, from which he died. Such a confluence of circumstances is extremely rare, so many netizens questioned the plausibility of such events. One Reddit user even wrote:

“I remember exactly 2 and a half weeks ago, someone on this subreddit that was jokingly talking about gerald said ‘Watch Quadriga say that they can’t access cold wallets because Gerald died and he was the only one with access to the keys. The dude literally said that comment as a complete joke, and I even found it funny because of how ridiculous it was.”

So why did users stay silent for such a long time instead of taking action to protect their funds? Evan Thomas, a Canadian commercial litigator, expressed his opinion with Cointelegraph on this matter:

“Cryptocurrency exchanges like Quadriga are not regulated in Canada, so there were no regulatory authorities supervising Quadriga. Until the founder Gerald Cotten died in December, Quadriga didn’t appear to be having major problems and so many users didn’t have any reason to think the problems were as bad as they turned out to be.”

Thomas noted that users should bare some responsibility for the loss of money, since they paid insufficient attention to where their digital funds were located, and that an easy way to protect yourself is to withdraw the funds from the exchanges:

“Users can protect themselves by not keeping crypto or fiat on custodial exchanges except when they absolutely have to, such as when trading or converting to or from fiat. And customers have to be sure they trust any exchange, especially when there is no regulator supervising the exchange.”

As of June, $286.000 remain in the QuadrigaCX exchange’s accounts. Debt to its former customers amounts to roughly $190 million. Where’s the money? QuadrigaCX holds it in a cold wallet, but there is no key to open it, and the users are seemingly left stranded.

Cotten was allegedly the only employee of the company who had access to the cold wallet of the exchange. But it seems rather implausible that the board of directors and shareholders would ever allow this to happen in any commercial structure.

Despite what it was — a complicated fraud action or a simple Ponzi scheme that was interrupted by a premature death (or not) — one thing remains unambiguous: Tens of millions are still missing.

But the conclusion of this story is something else. It is hard not to dwell on who stole the money and how much — even more so when it happens in an unregulated market. The lesson to be learned from this is that users must first of all protect themselves, and check as much and as deep as they can before giving their money to someone else. After all, if those funds are gone with the one you entrusted them with, there is an argument to say that the blame is partially on you.