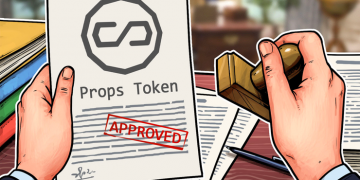 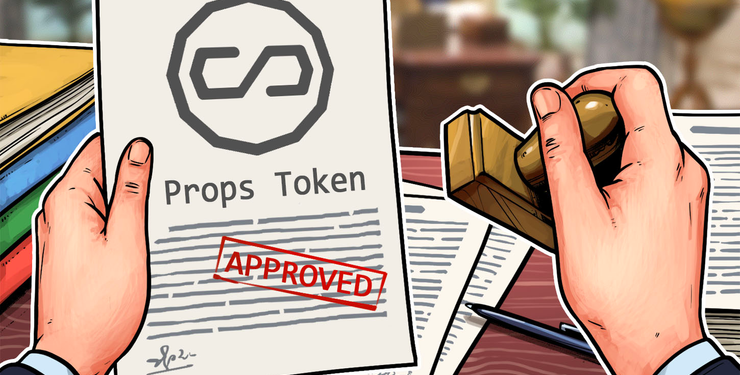 Delaware-based blockchain organization Props PBC has released a token approved by the U.S. Securities and Exchange Commission under Regulation A+, according to a press release on June 11.

According to the company, this is “the first consumer facing crypto token qualified by the SEC” via Reg A+. As previously reported, Reg A+ is an alternative to conducting an IPO that is intended to accommodate startup businesses seeking initial funding.

This token has been issued on the Ethereum blockchain. According to the announcement, the Props platform is capable of abstracting a blockchain infrastructure for applications, providing a plug-and-play solution for apps to integrate Props tokens.

Props is reportedly is a rewards token that can be used within apps to bolster user engagement, such as within the streaming platforms YouNow and XSplit — a gaming-focused streaming service.

As previously reported by Cointelegraph, Ubisoft’s Entrepreneurs Lab has also been researching the use of blockchain-based incentive tokens and activities to boost user engagement. The company has been researching Smart Challenge, Azure’s gaming rewards platform, and has tentatively found — via pilot tests — that it boosts streamer viewership and gameplay numbers for the game being streamed.

“Online video content made by independent creators has become massively popular, but still lacks diverse ways for creators to turn their content to a meaningful source of ongoing income.”

On July 10 Blockstack announced that it was the first organization to receive the SEC’s blessing to run a public token offering via Regulation A+.  Blockstack founders Muneeb Ali and Ryan Shea said it took $2 million and 10 months in order for them to secure the SEC’s go-ahead.