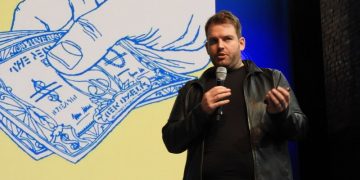 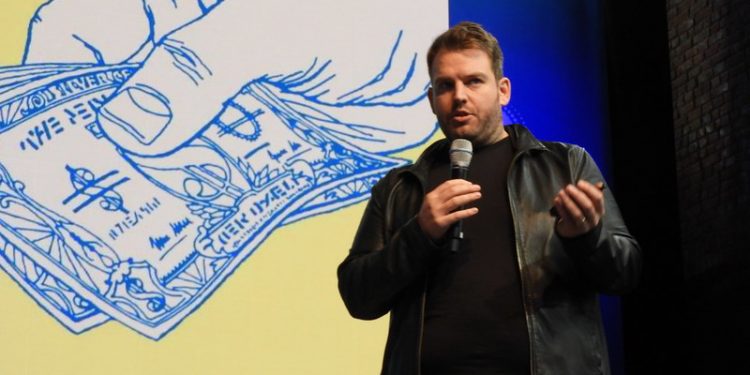 This post is part of CoinDesk’s 2019 Year in Review, a collection of 100 op-eds, interviews and takes on the state of blockchain and the world. Nathaniel Whittemore is an independent strategy and communications consultant for leading crypto companies as well as the curator of Long Reads Sunday and host of the Crypto Daily [email protected] video podcast.

When it comes to crypto, narrative shifts represent shifts in mindshare.

Take, for example, the ethereum narrative between the beginning of 2018 and the end of that same year. That year kicked off in the middle of ICO mania. Tokenize the world! Tokenize everything! The rallying cry rang out. For a while, it looks like the markets believed it too.

By the end of the year, no one wanted to be caught dead near a “tech crypto” token project. No, by the time 2019 kicked off, it was all about decentralized finance – a brave new world of permissionless, programmable money.

For the cynical, this type of narrative shift can suggest a certain insincerity of purpose. I believe something different.

Narratives are the way we make sense of the world happening around us and place ourselves in it. They shift as we take in more information and better figure out what matters to us as individuals and as an industry.

Narratives are also a battleground. Boosters of ideas scrap to convince the limited attention, talent and capital available to see the world as they do, in a way that benefits their area of focus. This is true in all industries, but particularly in such a young, high-stakes space like crypto.

For that reason, trying to understand what narratives dominate any given period is a way of understanding where the attention of the industry was focused during that time.

With that lens, 2019 has a number of contenders for the title of “Most Important Narrative.”

DeFi, mentioned above, has to be considered, given how much it became the mainstream focus of the ethereum community, led by projects like MakerDAO and Uniswap.

Another narrative worthy of consideration is the ascendance of bitcoin maximalism. As ICO projects crashed and burned and lagging regulatory scrutiny followed, bitcoin broke out, and it wasn’t just the price but mindshare that came with it.

To me, however, these lag far behind what I believe is the (nearly) indisputable narrative of 2019: the emergence of a true global digital currency war and the way it has raised the perceived stakes on the crypto industry as a whole.

The emergence of a true global digital currency war is the most important narrative of 2019.

Historians are fond of pointing to pivotal events within big pattern-shifts and saying “that’s when everything changed.” When it comes to Facebook’s announcement of Libra, it really was an “everything changed” moment.

Libra was like a starting gun for the governments of the world to take seriously the prospect that the future of money wouldn’t come from them and their central banks, but from private actors. While many hadn’t been particular fans of bitcoin, none seemed to take it seriously as a true threat to fiat currencies. Indeed, around the time of the Libra announcement, both Fed Chair Jerome Powell and Treasury Secretary Steven Mnuchin argued bitcoin in practice was much more like digital gold than a dollar competitor.

Maybe it was the backing of Mark Zuckerberg, who had shown so much willingness to smash the rules, rather than work within them. Or maybe it was the threat of 2.3 billion potential users right out of the gate. Whatever it was, governments from the US to the EU and beyond immediately took the threat of Libra more seriously.

In the US, both Congress and the Senate called special hearings within weeks of the announcement. In the EU, defiant pols declared that Libra would never be allowed there.

China, meanwhile, had a different response. Almost immediately, it announced the acceleration of what they called five-year R&D efforts into a digital yuan, indicating that the first pilots could be seen before the end of the year. In certain communiques, they even referenced Libra explicitly.

In turn, in a second round of Congressional hearings in the US, Zuckerberg himself brought the threat of a China-led digital currency future as the boogeyman of the proceedings, effectively arguing that if Facebook wasn’t allowed to do this, China would.

The year ends with the digital currency wars in full effect. China seems poised to launch trials imminently. The US government seems no more decided than before about Libra, but some US Congressmen have called on the Fed to explore creating a digital dollar. Bank of England Governor Mark Carney called for the creation of a “Synthetic Hegemonic Currency” to replace the US dollar as the world’s reserve currency. Other governments, including France and Germany, have launched their own digital currency explorations. And this is all to say nothing of the corporations like JPMorgan and Wells Fargo, which are building their own internal currencies that may eventually have larger ambitions.

The net of all of this is a fundamental leveling up of the significance of the cryptocurrency industry. For governments and enterprises around the world, the questions aren’t just around potential criminal applications on the one hand or business opportunities on the other.

Instead, the stakes are now seen as a question of the future of the global reserve currency and of the future of money as a whole. When this year began, not many government officials anywhere would have imagined a future much different from the present. The year ends with teams of officials racing to at the very least understand new potentials and in many cases actually implement new technologies.

The emergence of a true global digital currency war is the most important narrative of 2019.