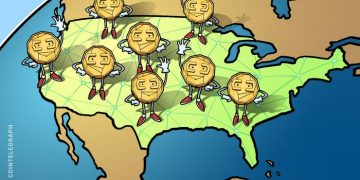 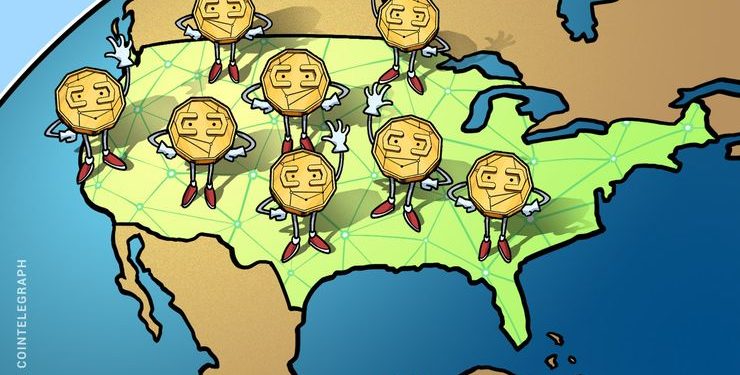 Exchange and social network for investors and traders eToro has launched its cryptocurrency trading services in the United States, according to a press release shared by the company with Cointelegraph on March 7.

The exchange, which — per the release — has over 10 million registered users, will start facilitating the trade of 13 unspecified crypto assets and release a cryptocurrency multisignature wallet to customers in 31 U.S. states and territories.

The wallet will support Bitcoin (BTC), Bitcoin Cash (BCH), Ethereum (ETH), Litecoin (LTC), Stellar (XLM) and Ripple (XRP), and will enable users to send and receive the supported assets. According to the release, support for more cryptocurrencies will be added to the wallet in the future.

The platform also has a social media aspect; specifically, eToro allows users to allocate funds to automatically trade proportionally to the portfolio of another user. Furthermore, eToro also features its own “CopyPortfolios,” which are curated by the company’s analysts.

At launch, three such portfolios featuring crypto assets will be offered on the platform. Lastly, eToro also announced the launch of its own cryptocurrency exchange, eTorox, later this year.

In the release, the company also noted that it believes that all assets will be tokenized in the the future. Along this vein, Estonia-based digital trading platform DX.Exchange has added recently tokenized exchange-traded funds (ETFs) to its services.

In February, traditional finance Gemini, the cryptocurrency exchange founded by the Winklevoss twins, has joined the British Telecommunications (BT) Radianz Cloud broker community, which will allow the community access to the crypto market through the exchange.