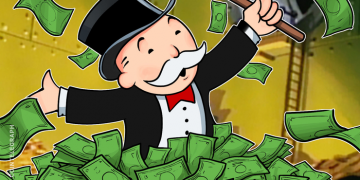 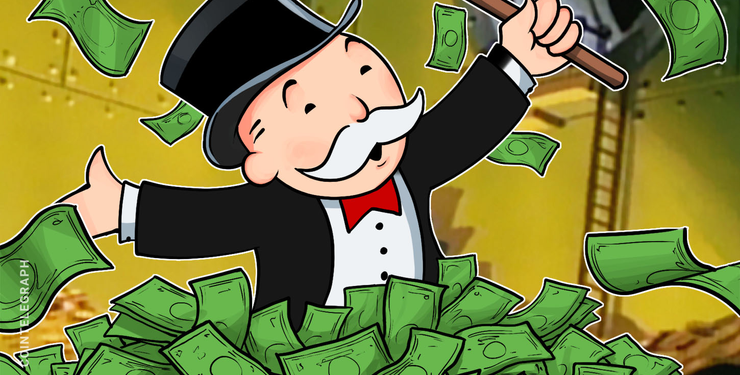 Stephen Moore — the economist who advised Trump on his tax cut policy and made an aborted Trump-backed bid to join the United States Federal Reserve board — has joined a cryptocurrency project that aspires to function as a new type of central bank.

Moore is a conservative economics commentator, policy researcher and former Trump campaign advisor who was briefly nominated by the president earlier this year to take up an influential board role at the world’s largest central bank.

The nomination was scurrilously withdrawn amid controversies over Moore’s alleged $75,000+ tax debt and $300,000 debt in divorce settlement and alimony payments.

As Fox reports, on July 1 Moore is poised to step into the role of chief economic officer at a new crypto project dubbed “Decentral,” which counts tech entrepreneur Sam Kazemian as CEO and crypto merchant bank Galaxy founder Mike Novogratz as a purported investor.

Decentral is pitching itself as a platform that will assume Fed-like responsibilities within the crypto space, such as regulating monetary supply and exchanging its own token for other cryptocurrencies.

Decentral’s token will reportedly be designed as a stablecoin — although it remains to be confirmed whether it will be fiat/asset-pegged or algorithmically stabilized.

In his Fox interview, Moore compared Decentral with Facebook’s aspirations to make Libra into a payment method that is uniform, price-stable and widely used, adding:

“I’m really excited about doing this. I hope it makes me rich.”

As the report notes, it remains unclear how exactly the project can persuade anti-establishment crypto advocates that what the space needs is to reintroduce intermediaries that bitcoin was created to disrupt.

The project’s bid is apparently that traditional structures such as a form of central clearinghouse will be necessary if crypto is to realize its ambitions to serve as a viable means of payment for consumers.

“Moore has never liked central banks […] He wouldn’t have been a traditional governor, so I think by joining a cryptocurrency outfit, he’s being more true to himself than serving on the Fed Board.”

As reported, a new report from BIS — an international financial institution in Switzerland owned by 60 of the world’s central banks — has recently warned that Facebook’s forthcoming stablecoin could generate unprecedented risks for the central and commercial banking sectors.