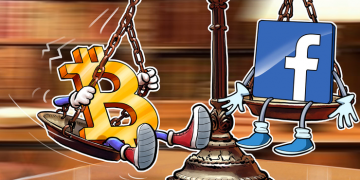 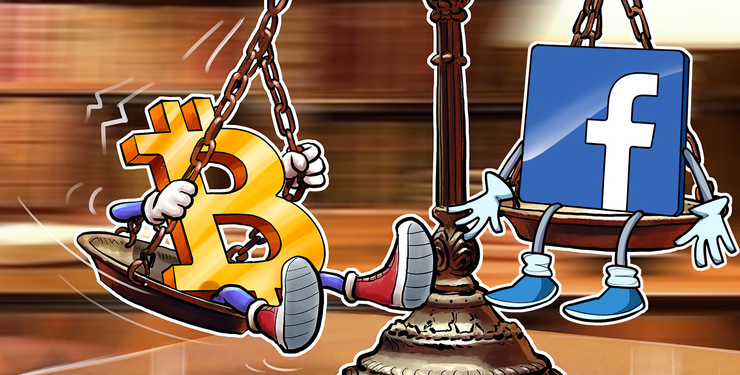 Despite many commentators arguing the current bitcoin price spike is due to the social media giant, a glance at data puts bitcoin’s momentum far ahead of Libra.

As Cointelegraph reported, Facebook revealed a website for its cryptocurrency scheme on June 18, when BTC/USD was hovering around $9,200.

After the website went live, the largest cryptocurrency actually dropped in price for several days before regaining ground to surge to current highs above $11,300.

The bitcoin bull market began on April 1, seeing several peak-and-trough cycles but definitively reversing its previous downward trend which took it to just $3,130.

Nonetheless, the idea Facebook is uniquely fuelling the bitcoin price rise continues to pervade the press, including mainstream media titles.

“Bitcoin has slowly – by its own standards – been rising in recent months but the launch of Facebook’s Libra has clearly been a catalyst for the recent surge,” Craig Erlam, a senior market analyst at the financial trading firm Oanda, told The Guardian in an article published June 24.

The confusion appears to stem from a related concept that interest and publicity from Libra will have a knock-on effect for cryptocurrency in general.

“The publicity that the launch has once again brought to the space, combined with the legitimacy it offers, has understandably excited the community,” Erlam added.

Other sources meanwhile agreed about Facebook’s limited role, but lacked faith in bitcoin itself, Bloomberg calling current enthusiasm “the return of a speculative dream.”

However, as details of Facebook’s plans trickle down, criticism is mounting over Libra’s technical characteristics, which arguably leave it with little in common with public blockchains.

Far from lay consumers, it is institutions which appear to be taking center stage in bitcoin interest. 40% price premiums on public fund the Grayscale Bitcoin Investment Trust (GBTC), along with record trading volume for bitcoin futures, are two recent examples of the phenomenon.

Cointelegraph recently published a dedicated piece summarizing the most likely factors behind bitcoin rise to $11,000 and possibly beyond.