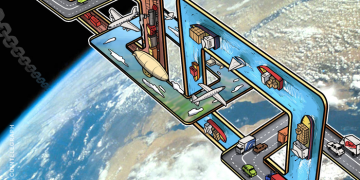 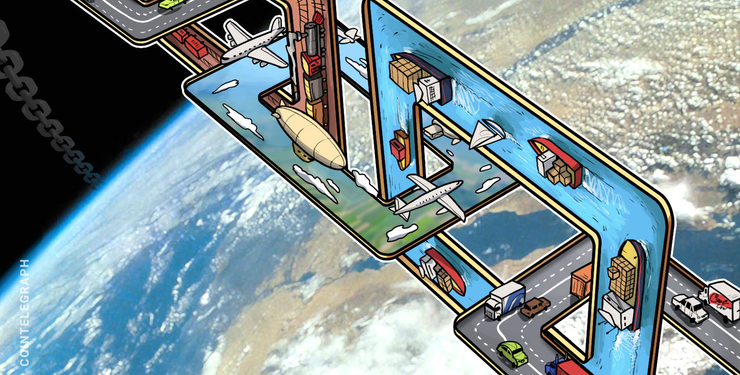 Samsung SDS, Dutch bank ABN AMRO and the Port of Rotterdam have jointly conducted a proof-of-concept (PoC) shipment from South Korea to the Netherlands in which they tracked a container exclusively using an interoperable blockchain platform, according to a report by The Maritime Executive on July 1.

According to the announcement, the container was tracked via the blockchain platform “DELIVER,” which allowed for the shipment to be instantly financed, fully tracked, and conducted paperlessly.

According to Port of Rotterdam CFO Paul Smits, the traditional process of shipping is usually paper-heavy and inefficient:

“Currently payments, administration and the physical transportation of containers still take place entirely via separate circuits […] This results in inefficiency, as many parties are involved and everything is organized via paper documentation. For instance, an average 28 parties are involved in container transport from China to Rotterdam.”

The blockchain platform DELIVER was reportedly co-developed by the three partnering organizations, and is an interoperable platform that supports Ethereum and Hyperledger applications, according to TokenPost. According to the report, integrating multiple blockchains actually provides a number of functional benefits, including document notarization, double payment prevention, and asset transference.

“The Customs Clearance Blockchain System at the Korea Customs Service is based on Hyperledger Fabric, while Rotterdam Port in the Netherlands is using the Ethereum Platform […] We started the Deliver project to connect different platforms.”

Now that the proof-of-concept shipment is complete, the organizations behind the project have signed an agreement to launch multiple pilot projects based on the shipping platform, as per the Port of Rotterdam announcement. Further, they say that the end goal is to provide a global and independent platform for shipping.

As previously reported by Cointelegraph, Samsung SDS, Dutch bank ABN AMRO and the Port of Rotterdam announced their partnership and intention of testing a blockchain solution for shipments in October of last year.

Are You an Expert of Bitcoin History? Take Our Quiz an… | Quiz

Are You an Expert of Bitcoin History? Take Our Quiz an... | Quiz