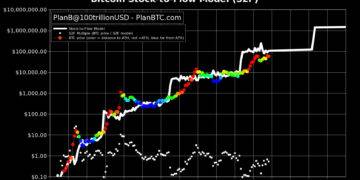 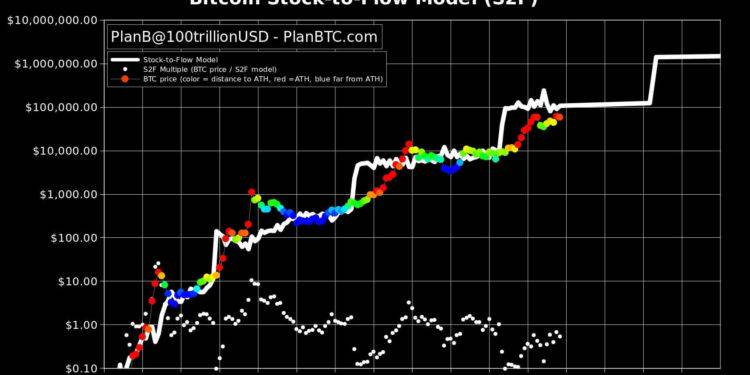 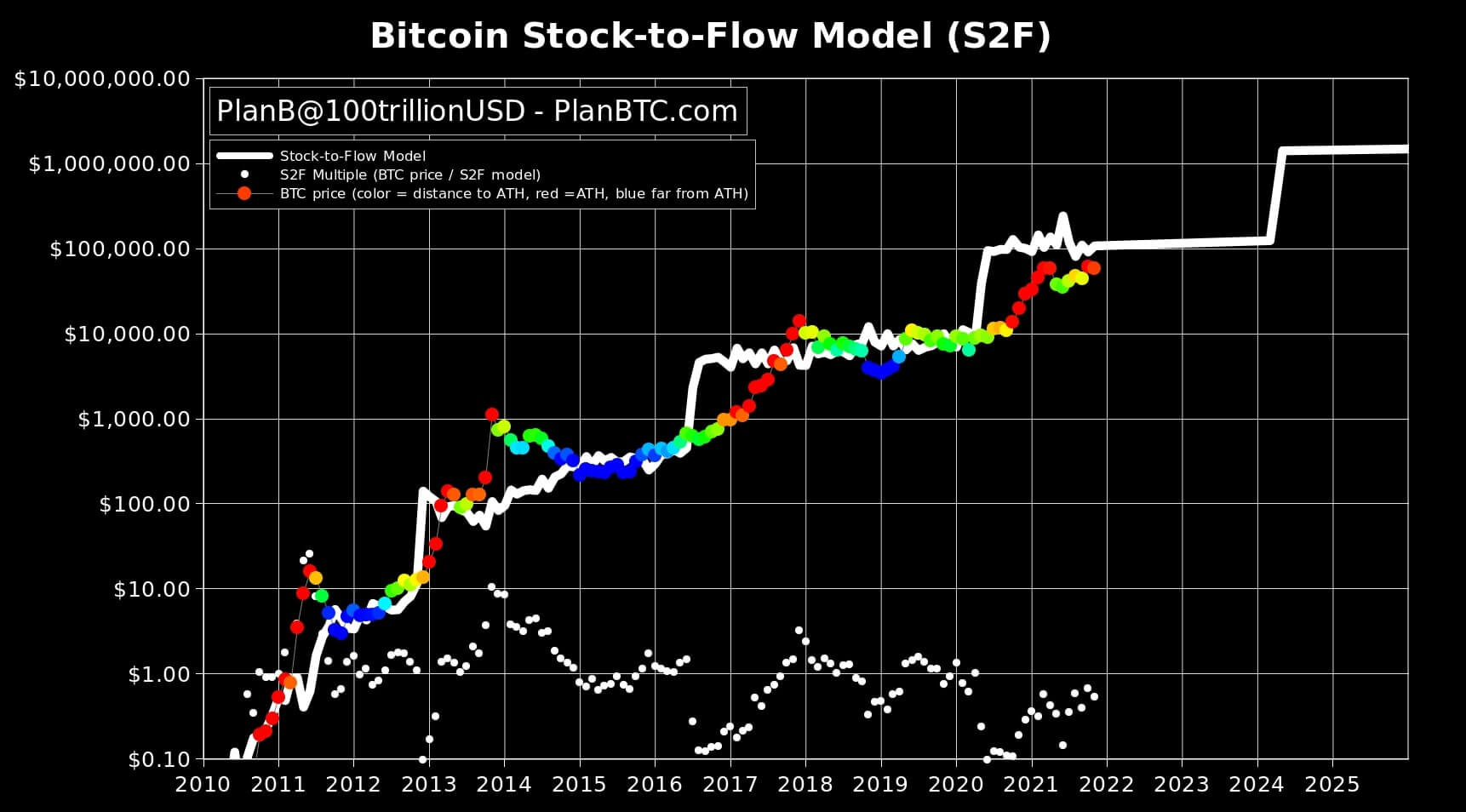 With the end of the month approaching, the pseudonymous bitcoin (BTC) analyst PlanB’s November Bitcoin price prediction of USD 98,000 is officially out of the question. As a result, analysts are once again debating the validity of PlanB’s well-known bitcoin stock-to-flow (S2F) model.

The USD 98,000 closing price for November, which PlanB famously stated is his “worst-case scenario” for bitcoin, has kept some BTC holders optimistic that the number one cryptocurrency will end the year with a price well above USD 100,000.

Accurate predictions from the same model for bitcoin in August, September, and October kept the hopes alive. However, with the November miss, the model’s predictive power appears to be facing its first major test.

The weekend discussion on the model came after PlanB admitted on Thursday last week that the USD 98,000 November closing price “will probably be a first miss” for his so-called Floor model. However, he added that the S2F model is unaffected and “on track to USD 100k.”

The Floor model is the name given to PlanB’s monthly “worst-case” bitcoin price. It differs from the standard S2F model in that it only requires “an average price over this halving cycle” of at least USD 100,000 to remain valid, according to PlanB.

In theory, the Bitcoin price prediction model works by examining the decrease in supply of new coins to the market, employing a similar logic to that used by some analysts to study price movements in commodities and precious metals markets.

PlanB’s admission was followed by an explanation from the pseudonymous analyst that he sees the missed November target as “an outlier” and “a black swan that has not occurred in the data in the last 10 years.”

Not surprisingly, PlanB’s explanation for his model’s failure to predict the November closing price was quickly criticized, with Cory Klippsten, founder of bitcoin brokerage Swan Bitcoin, going so far as to suggest PlanB is “trying to fool” his followers.

“If you claim anything about bitcoin price action is a ‘black swan,’ either: (1) you don’t understand basic statistics, probability, and the work of [Nassim Taleb], or (2) you’re still trying to fool your followers,” Klippsten wrote.

Despite the fact that the model’s November price prediction appears to be failing and many bitcoin holders have lost faith in it, some prominent members of the community defended it over the weekend.

Among them was Adam Back, an early Bitcoin contributor and the CEO of blockchain development firm Blockstream, who responded to accusations that Bitcoin price prediction S2F is a “bad model” on Twitter by saying “a model is a model” and that “all a model has to do is hold within some reasonable error bars, and inform some thinking for bonus points.”

Others on Twitter expressed a similar sentiment, with popular bitcoin technical analyst TechDev stating that the failed November prediction “will only be by weeks” and “a rounding error in the grand scheme.”

And, as the debate over the model resurfaces, old arguments from last year about the model are becoming more relevant.

Last year, popular crypto trader and economist Alex Krüger was among the harshest critics of the model, claiming that it is “nonsensical” to believe that bitcoin’s stock-to-flow ratio can be used to predict price. According to Krüger, bitcoin’s stock-to-flow ratio “goes down programmatically” with block reward halvings, and “everybody knows what it will be at any point in time.”

“An increasing stock to flow ratio leads to lower volatility. That is all it does. Nothing else,” Krüger said at the time.

In addition to Krüger, another vocal opponent of the model is Eric Wall, Chief Investment Officer at crypto hedge fund Arcane Assets, who published a list of “the greatest blows to the S2F model” last year.

“With cointegration thrown out the window and other equally correlated variables discovered, it’s clear that the correlation is simply an effect of both S2F and price increasing over time,” Wall wrote in a summary of the published resources at the time about Bitcoin price prediction.

Meanwhile, Reddit users debated the model over the weekend, with one asking, “So now that planB has failed and it’s confirmed, who do we turn to?”
and another suggesting that a “plan C” be sought.

“Don’t listen to anyone that tells you what will happen, because nobody knows,” a Reddit user concluded.