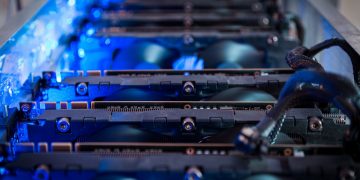 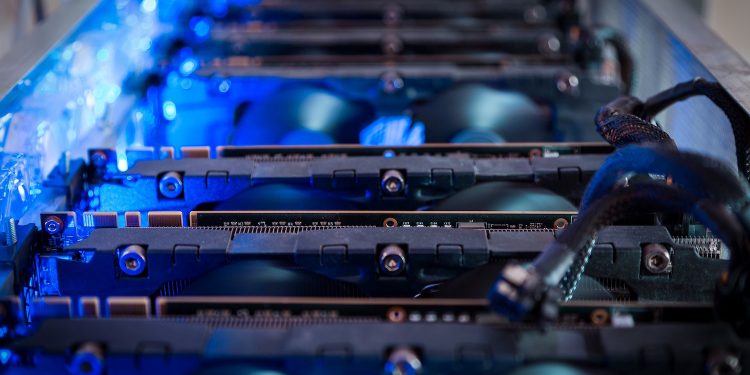 “When mining ether won’t pay for power anymore, what will you do?”

The question – posed on an ethereum forum Thursday – is emblematic of a growing anxiety among the miners who today dedicate both computing power and machinery to securing the world’s second-largest cryptocurrency.

Grappling with the emergence of ethereum ASICs, or specialized mining hardware built to maximize the software’s rewards, the forum features no shortage of miners stating their intention to move their kits to other cryptocurrencies.

“What is the ether value when all the miners quit?” another post asks.

The statements come in advance of an ethereum software upgrade scheduled for October. Dubbed Constantinople, the change, to be conducted via a hard fork, is set to reduce the amount of coins paid out to miners from 3 ETH to 2 ETH per block, as currently coded by developers.

While that won’t necessarily break the bank of miners, the changes could add up quick. According to figures from Etherscan, about 6,000 blocks are currently found per day, with about 17,000 ETH (roughly $3.4 million) being paid out to miners by the protocol.

Yet, should ASICs become a more popular tool for mining ether, smaller hobbyist miners could be even more hard-hit by the proposed adjustment. As such, signs suggest ethereum miners are beginning to back a code change that would prevent ASICs from dominating the platform.

Bolstering the movement, according to several sources, is the belief that the proposed issuance reduction won’t impact all miners equally. Rather, some think it’s likely to concentrate mining power in a small number of pools with access to cheap electricity and with the resources necessary to purchase ASICs.

“This community of small miners, hundreds of thousands, is now faced with the economic reality that selling their used hardware may be a better outcome than continuing to participate in ETH,” Brian Venturo, CEO of mining company Atlantic Crypto, told CoinDesk.

Believing that the presence of small miners is necessary for the decentralization and security of the network, proponents of GPUs — a general purpose hardware that is easier to access than ASICs — are advocating a code change that would remove competing hardware from the platform.

“The only kind of hardware that’s naturally decentralized, and that means that it’s available in mass quantities to multiple individuals that aren’t inherently involved in cryptocurrency, that don’t have financial motivation, that’s a GPU card.”

Minehan, then, is prepping the code changes for its possible inclusion into Constantinople, currently scheduled for October.

“The goal is to staff up and have people working on that full time,” Minehan said.

In her effort to block ASICs, Minehan joins several major cryptocurrencies — most notably, privacy-centric cryptocurrency monero — in what has been termed “crypto’s war on miners.”

A grassroots movement started back in January, the trend can be linked to several batches of specialized hardware developed, mainly by the China-based mining giant Bitmain, for cryptocurrencies that were previously only mineable with GPUs.

But Minehan not only believes the type of code change she’s advocating for will remove ASICs from taking over ethereum, she also thinks it will lead to performance gains for GPU miners as well.

That’s because, built on an algorithm named ProgPoW, the code is designed to maximize on the characteristics of GPU hardware, using 80 percent of the overall graphics card toward computing the algorithm, instead of the 10 to 20 percent that is typical of cryptocurrency mining.

Because of this, Minehan said that if a hardware designer tried to build out a ProgPoW ASIC — which is to say a specialized chip with the sole function of computing ProgPoW — it would just end up resembling GPU hardware.

“One of the really cool features of ProgPoW is if you were going to implement this centralized hardware, an ASIC, then you would end up just mimicking a GPU card,” Minehan told CoinDesk.

In this way, Minehan said that the algorithm draws a lot on Ethash, ethereum’s current mining algorithm. While Ethash was built to resist ASIC hardware, by adding in a dataset, named a DAG, which increases incrementally over periods of time, it seems manufacturers have gotten around that barrier.

Distinct from Ethash, ProgPoW forces changes to the algorithm itself every epoch, meaning that “it’s impossible to have fixed function hardware,” Minehan said.

Minehan, then, calls it an “extension of ethereum” that has been built especially with GPUs in mind.

She told CoinDesk, “That’s inherently what PropPoW is, it is a lesson in how to make algorithms tailored to hardware.”

In interview, Minehan was adamant of the importance of general purpose hardware for the health of the ethereum network.

“I don’t think the ethereum developers realize just how, pardon my language, but how fucked they are, when the new generation of ethereum ASICs publically gets to the market,” she said.

In her mind, that’s because, while the current ethereum ASIC isn’t a huge improvement on the GPUs used today — aside from being slightly more efficient when it comes to electricity usage — rapid improvements in hardware means that GPU and ASICs will become increasingly polarized.

According to Minehan, the problem with this isn’t just that, it’s also that ASICs by nature are bound to a specific algorithm, and as such, can effectively lock miners into securing on particular protocol.

“When you’re locked into one coin it causes a lot of competitive behavior, a lot of dangerous behavior.”

That’s because, while the primary market for GPUs is the gaming industry, there’s no other use for custom-built ASICs other than mining crypto. This means that ASIC manufacturers and miners are more directly incentivized to protect their investments — even if it means interfering with the direction of the network.

This is especially concerning given that ethereum is planning to switch its mining process to a technology called proof-of-stake, which will do away with the need for mining hardware entirely, Minehan contended.

“We believe proof-of-stake is the natural progression of ethereum, and we want proof-of-stake to be out there, but the network will be incredibly vulnerable if only ASICs are allowed to play,” she said.

ASIC manufacturers, she continued, are “naturally incentivized to keep ethereum on proof-of-work,” so much so that it might mean splitting ethereum when it comes time to make the switch.

“They will do everything in their power to keep it on proof-of-work which includes maintaining a large portion of the network hashrate,” she concluded.

The implementation of ASIC-resistant code is being heralded by developers as a “reasonable compromise” for GPU miners on the network. As such, developers are taking time to investigate ProgPoW for its potential inclusion into ethereum’s codebase.

Speaking to CoinDesk, communication officer for the Ethereum Foundation, Hudson Jameson, confirmed that he’s been working to gain an understanding of the viability of ProgPoW implementation.

Jameson has been in contact with some of ProgPoW’s stated reviewers, including GPU manufacturers AMD and Nvidia.

“Once I’m done doing that I will work with some people from the community and experts in ProgPoW to continue to assess it’s viability as a replacement for Ethash,” Jameson told CoinDesk. “ProgPoW will certainly be discussed in upcoming core developers’ calls as we continue to assess it.”

Yet, it’s still unclear whether there’s sufficient support to implement such a change.

For example, arguments exist that the increased hashrate that comes from ASIC hardware is actually a positive for network security. Others warn that ProgPoW might have unexpected impacts — like damaging the investments of miners who had optimized their GPU cards for mining Ethash.

Aside from that, developers are adamant that the change cannot be included in Constantinople. Alluding to this, Afri Schoedon, the communications officer for ethereum client provider Parity Technologies, told CoinDesk that an ASIC effort “will not happen” in the upcoming hard fork.

Jameson echoed this, telling CoinDesk, “There is no way ProgPoW can go into Constantinople,” but rather that it has the possibility of being included in the following hard fork (nicknamed Istanbul), currently planned for eight months after Constantinople.

The delay might be disheartening to the many miners calling for ASIC-resistant code. With rapidly diminishing returns, there’s a chance that the GPU mining community will have moved to new cryptocurrencies by the time Istanbul comes around.

But regardless, Minehan and her team are still optimistic.

“I just want to have it all done and finished and then just point to it and say look guys it’s done, it’s ready, adopt it if you want it, don’t adopt it if you don’t, I don’t really care, but don’t say it’s not ready to be implemented because it’s finished.”

EDIT (14.45 UTC September 11, 2018): A former version of this article described Kristy-Leigh Minehan as a GPU supplier. While Minehan’s business, Mineority, used to distribute GPUs, it is currently specializing in FPGAs.