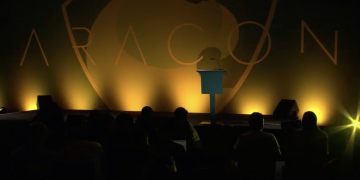 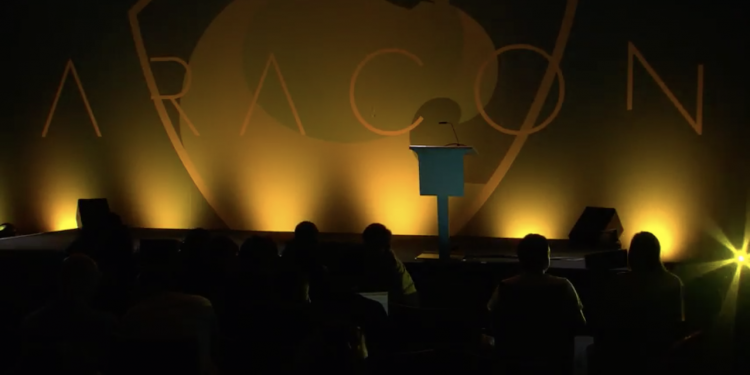 While the firm stressed that it still intends to launch the Aragon Network on the ethereum blockchain this year, CTO Jorge Izquierdo revealed at its Aracon conference this week that it may additionally launch aragonOS, a framework to build smart contracts, on Polkadot.

“The idea is to make most aragonOS transactions almost free and very optimized, so users can seamlessly run [decentralized autonomous organizations] in a cheaper and faster way,” said Aragon CEO Luis Cuende in interview with CoinDesk.

Cuende emphasized that the company is still “very bullish on ethereum and its ecosystem,”  adding that “in terms of the Aragon Network, the plans are still to deploy it to ethereum during 2019.”

Indeed, going so far as to add a “speculation disclaimer” to the presentation, Izquierdo highlighted in his slides that “the Aragon Chain is on an early research phase.” Aragon’s exploration of a possible Polkadot network launch will run parallel to its continued research on the coming upgrade to ethereum known as Serenity, he said.

Those caveats aside, Aragon’s openness to alternatives to ethereum is seen in some corners as a wake-up call for the world’s second-largest blockchain, which is working to overcome scaling limitations.

Ethereum developer Lane Rettig told CoinDesk that he hoped the nascent research project would “light a fire” in the ethereum community to speed up scaling efforts, saying:

“Aragon has not said they’re migrating off ethereum, just that they’re exploring options … But I do consider it an early warning sign, from one of the most important app ecosystems on ethereum, and I think we should heed the warning.”

Stepping back, Polkadot is designed to coordinate “consensus and transaction delivery” between different blockchains, as stated on the official website.

Developed by ethereum co-founder Gavin Wood, the protocol is presently live on a test network. Expected to launch officially near the end of this year, the project also announced Friday that it was looking to raise $60 million through a token sale, following an earlier initial coin offering which raised $145 million.

The fast development of the Polkadot network since its inception back in 2016 is seen by some ethereum developers as “an early warning sign … that ethereum risks losing its edge,” Rettig said on Twitter,

This sentiment is also echoed in an earlier “Ask Me Anything” Reddit forum about ethereum’s scaling roadmap. The highest ranking question to the research and development team about Serenity – also called ethereum 2.0 – was this:

“The Polkadot team has stated their chain might launch by the end of the year. Why should people/devs bother to go to the Beacon or to wait for its full sharding when they can just go to the Parity chain or somewhere else?”

Other developers such as Afri Schoedon – release manager for ethereum client Parity – are less convinced there’s a need for concern or worry from the ethereum community at present.

“In the end, we will see how application developers embrace the Polkadot network [once launched],” said Schoedon in interview with CoinDesk. “Currently, ethereum has by far the most dapp engineers, but that can change any time with new tooling being available in future.”

On the other hand, the team behind Polkadot – overseen by Parity Technologies and the Web3 Foundation – is adamant that their technology is not meant to act as a competitor to ethereum.

Jack Platts, director of communications at the Web3 Foundation, told CoinDesk that the protocol should be seen as “complementary” to ethereum. He added:

“We at the Web3 Foundation think about these blockchains as being interoperable and of there being many more blockchains in the future than there are in the past.”

Adding that the organization is “betting on this multi-chain universe,” Platt highlighted that one of the Web3 Foundation’s present initiatives was funding “the development of ethereum-compatible technologies.”

To this end, the foundation announced Tuesday the first recipient of its grants program  – ChainSafe Systems – which, along with building a fully-fleshed out ethereum 2.0 client, is now expected to develop a portion of the Polkadot environment in the programming language Golang.

“What we generally do for our clients is implement sidechains and then bridge those sidechains to the ethereum mainnet. What Polkadot does is build a future in which we’re able to do that in a much more optimized way where we’re able to utilize technology that’s been built to do the things that we do every day,” ChainSafe Systems CEO Aidan Hyman told CoinDesk.

“I’m personally – beyond this grant – extremely excited to see what Polkadot brings to the future of blockchain.”

The amount of the grant to ChainSafe Systems was not publicly disclosed.