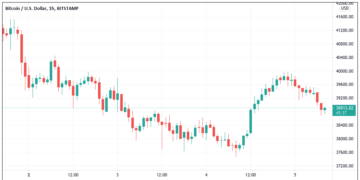 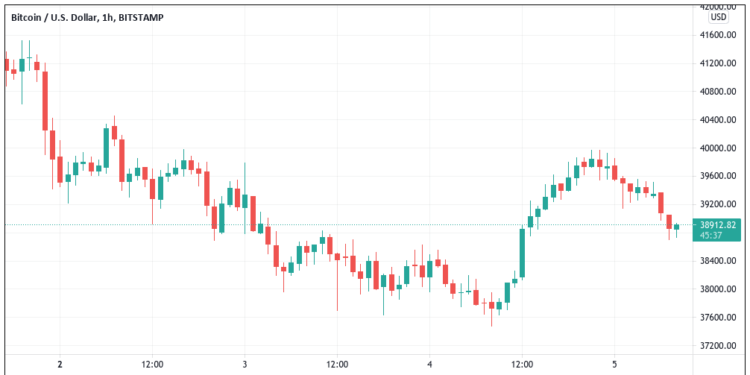 Bitcoin (BTC) fell sharply on Thursday after an attempt to reclaim $40,000 failed to attract enough buyers to the cryptocurrency.

According to data from Cointelegraph Markets Pro and TradingView, bitcoin/dollar fell to a local low of $38,700 on Bitstamp, a drop of approximately 1.5 percent in a matter of hours.

Following comments made by Gary Gensler, the new Chairman of the United States Securities and Exchange Commission, on Tuesday, the largest cryptocurrency saw a significant increase in value, but the rally came to a halt at the psychologically significant $40,000 mark.

The decline on Thursday eliminated the possibility of the 21-week exponential moving average (EMA) — one of several moving averages being eyed by analysts this week — becoming firm new support.

Meanwhile, on-chain indicators contrasted once again with the lackluster BTC price action.
Thursday, in particular, revealed the extent to which long-term holders (LTH) have accumulated Bitcoin, which has reached new all-time highs:
LTHs now held a greater portion of the BTC supply than ever before.

“Previous bull markets were triggered when LTH supply reached between 63.6 percent and 71.5 percent, often after months at these levels,” Glassnode, which compiled the data, added in a statement.

On altcoins, Ether (ETH) dominated the conversation amid bullish forecasts for fresh price gains, while the ETH/BTC pair is headed for its third consecutive green weekly candle.

The most recent successful hard fork of Ethereum’s token, which occurred as the cryptocurrency’s strength against Bitcoin continued, has prompted analysts to predict that the token will reach new highs in the coming months.

The price of ETH/BTC reached 0.0693 on Wednesday, the day of the hard fork’s implementation, the highest level in nearly two months.

It has been serving as a local resistance point since the beginning of the Bitcoin-inspired market drawdown in May, but the level of 0.07 BTC has yet to reappear.

It is undeniable that, among altcoins, ETH has demonstrated significant strength against Bitcoin, and the hard fork that will take place in London, known as Ethereum Improvement Proposal (EIP) 1559, should help to boost performance even further.

Traders, on the other hand, believe that there is a chance for recent gains to be maintained in the near future.

“Healthy correction after EIP-1559 before the heaviest bull run of them all happens.”