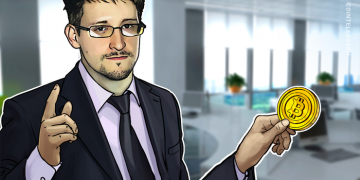 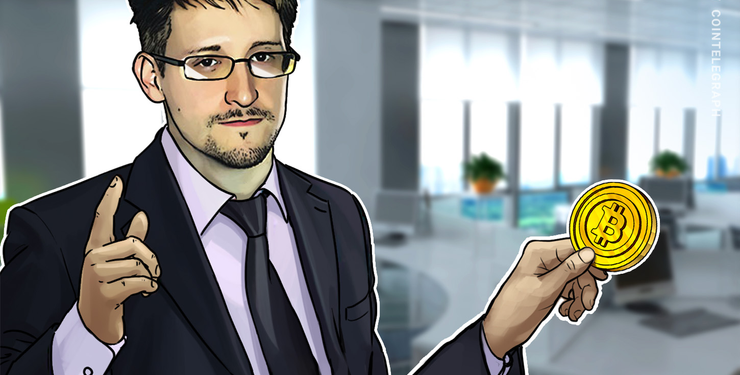 The servers Edward Snowden used to leak thousands of documents to journalists were paid for using bitcoin (BTC), the National Security Agency whistleblower revealed at the Bitcoin 2019 Conference on June 27.

Snowden was working as a CIA subcontractor in 2013 when his leak revealed that telecom companies and governments were involved in “almost Orwellian” mass surveillance programs that swept up the phone records of unsuspecting Americans.

Speaking via video-link from Russia, he described the ability to exchange and transact without being watched and recorded “is the foundation of all rights” — and said bitcoin was helping to deliver privacy in an age of heightened surveillance.

He also warned of the detrimental impact that smartphones and social networks will have on our right to privacy in the future, adding:

“It used to be that governments could watch you, but now all of this happens with devices that we, ourselves, pay for. And while we do that privacy stops being the status quo and liberty stops being the natural state of things.”

Snowden, who has been granted a three-year residency permit in Russia, also insisted that the principle behind having a right to privacy isn’t about having something to hide.

Elsewhere during his appearance, Snowden dismissed criticism that bitcoin is mainly used by criminals, arguing: “There are a hell of a lot more criminals that use the dollar.”

Last year, Snowden had voiced concerns about bitcoin — claiming that the cryptocurrency’s blockchain was “devastatingly public” and prone to abuse.

At the time, he expressed support for ZCash, claiming that it was the “most interesting” altcoin on the market because of its privacy setup.