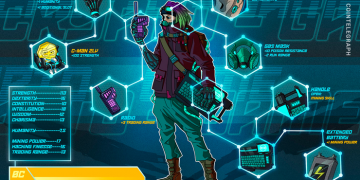 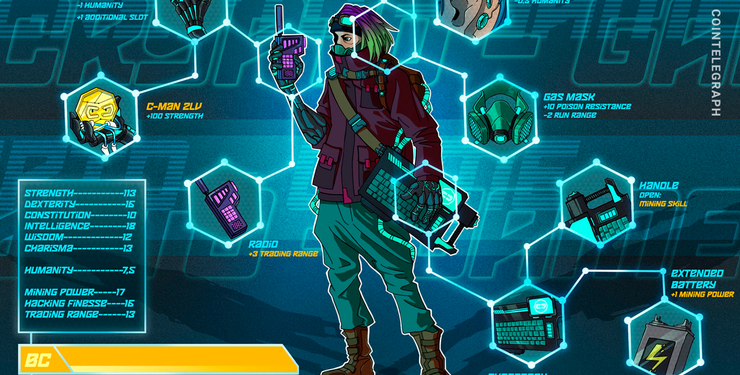 The world of gaming has evolved immensely over the past decade, particularly when it comes to online transactions and purchases. For example, a market study conducted by LendEDU last year revealed that, out of a thousand gamers who were found to spend anywhere between six to 10 hours playing a game of their choice, nearly 69% of them made use of micropayments — with each individual, on average, spending $84.67 in the game.

However, before delving any deeper into this subject, it is better to outline the various earning models that video game developers have been making use of since the industry came to the forefront in the mid-1980s. During the first two decades of its existence, publishers primarily relied on a model referred to as “pay-to-play,” which essentially entailed a user paying the full price for a video game (CD-ROM/cartridge) to enjoy uninterrupted access to the title. However, over the past 10-15 years, publishers have started to use a new approach that essentially reduces the game into small parts, with the price of each supplement being charged separately through a digital transaction medium called “virtual currency.”

With that being said, micropayments have received a lot of flack from the global gaming community over the past couple of years: firstly, because they appear to serve as quick cash-grab schemes for game developers, and secondly, because they seem to take away a sense of accomplishment from the game itself.

Simply put, a micropayment is a commercial transaction that involves an extremely small amount of money — usually ranging from a several cents to a few dollars. Within this structure, there exist a host of business models (prepay, post-pay, pay-as-you-go, etc.) that are quite often employed by gaming companies to lure in more money from their clientele.

Popular titles such as FIFA, Fortnite and NBA2K have successfully made use of the microtransaction structure over the past decade. For example, even though Fortnite is a free-to-play video game, it was able to generate a whopping $2.4 billion in revenue for its publisher, Epic Games, last year. If that wasn’t enough, a recent study by Juniper Research indicated that in-game transactions are expected to surge past the $160 billion mark by 2022.

And while microtransactions get a lot of bad press on the internet, there are certain advantages for having such in-game content available. For instance, Fortnite’s cosmetic microtransaction system has largely been welcomed by the game’s followers, since it allows users to unlock new skins by simply playing the game for longer periods of time, without having to pay anything.

However, on the flipside, we can also see that there have been many instances in the past when developers have gone a little too far with their in-game payment schemes. This is best highlighted by a recent controversy that emerged when a Reddit user by the name of MBMaverick claimed that, even after purchasing EA’s latest Star Wars Battlefront 2 title, he still had to pay a whopping $80 to unlock Darth Vader — one of the series’ most central and iconic characters.

On the subject, he stated:

“This is a joke. I’ll be contacting EA support for a refund… I can’t even playing f—ing Darth Vader?!?!? Disgusting. This age of ‘micro-transactions’ has gone WAY too far. Leave it to EA though to stretch the boundaries.”

When is it too far?

The issue of microtransactions is on full display when one starts playing the hit game Grand Theft Auto Online, a multiplayer video game that comes as a free add-on with Grand Theft Auto V (a copy of which costs around $60). This is because the game’s developers have devised the narrative in such a way that it is extremely difficult for nonpaying players to earn any in-game money by going through the title’s standard missions. As a result, most gamers often get frustrated and resort to buying credit packs that usually cost them anywhere between $19.99 and $99.99.

Similarly, EA Sports’ FIFA franchise is also known to charge its players heavy microtransaction fees, even after they have purchased a licensed copy of the title. When playing the game, in order for users to unlock big packs containing a chance of obtaining a high-rated player, they need to either earn coins by completing a host of challenging tasks — or purchase FIFA Points. However, more often than not, players end up buying these points from EA’s online store — thereby shelling out up to $100. Even then, though, the players are not guaranteed to pack any of soccer’s biggest stars.

To further elaborate on this issue, we can see that there have been several instances of gamers in the past who have spent thousands of dollars on microtransactions, only to realize their mistake later down the line. For example, a United Kingdom-based gamer spent a whopping $10,000 on FIFA ‘17’s and FIFA ‘18’s in-game purchases. And even though his lavish spending didn’t have a noticeable effect on his overall finances, he did admit that the entire pursuit wasn’t really worth it.

In response to all this madness, United States Sen. Josh Hawley recently introduced a bill called the Protecting Children from Abusive Games Act, which (if passed) will essentially ban “pay-to-win” microtransactions within games that are designed exclusively for a young target audience.

So, how do crypto payments fit into all of this?

As online transactions have gradually become an integral part of the global gaming ecosystem, the past few years have also seen the advent of a new payment avenue for in-game purchases: virtual currencies. The idea was first brought to life back in 2017, a time when the industry as a whole was surging and the price of Bitcoin (BTC) was at its all-time high of nearly $20,000.

Related: Time to Chain Up: Is Blockchain About to Change the Gaming Industry?

Back in 2017, Steam and Twitch were the first big-name platforms to allow their customers to make use of cryptocurrencies (mainly Bitcoin and Bitcoin Cash) in order to facilitate their in-game transactions. However, owing to the volatility of this nascent asset class, Steam soon disabled its support for cryptocurrencies within just a couple of months. With that being said, Twitch still accepts a few altcoins, despite the company having briefly relinquished its support for crypto previously in March this year.

Listed below are several platforms that have already become popular among the gaming community and that charge in crypto for the purchase of game-related content or apparel.

— Bitrefill: As the name suggests, Bitrefill is a crypto-trading platform that allows its customers to purchase a wide array of gift cards for online gaming services — such as Steam, Xbox Live and Blizzard’s Battle.net — using Bitcoin. For example, an Xbox gift card worth $15 currently costs 0.0016020 BTC on Bitrefill and a $50 card is available for 0.00534900 BTC.

— Gipsybee: This crypto marketplace allows for the purchase of a host of gaming hardware, such as wireless gamepads, video game consoles, VR headsets and much more. Not only that, the platform currently accepts Bitcoin, Ether and Bitcoin Cash as forms of payment.

— Scan.co.uk: This is a haven for crypto enthusiasts looking to spend their Bitcoin on professional gaming hardware, like niche graphics cards, gaming PCs, RAM cards, DIY water-cooling systems, gaming chairs, GPUs, etc. Additionally, it is worth mentioning that some of the brands whose products are available on the platform include Corsair, Nvidia, 3XS and Intel.

— BMI Gaming: Video game aficionados who still have a thing for arcade gaming may already be familiar with BMI Gaming. The company’s webstore is filled with a number of classic titles, such as Pacman, Luigi’s Mansion, Space Invaders, etc. However, as is to be expected, these arcade machines can cost anywhere between $4,000 and $20,000 (depending on the rarity of the selected game). Payments can be processed via a number of different crypto pathways, including Bitcoin, Ether, Bitcoin Cash and Litecoin.

— Caseking: Similar to Gipsybee, this German firm offers its clientele with a plethora of gaming items, such as GPUs, gaming laptops/PCs, gamepads, joysticks, headsets, etc. However, it is worth pointing out that Caseking’s crypto payment options are currently restricted to just Bitcoin.

The gaming industry as a whole raked in a mammoth $137 billion last year — which showcases a 13% increase in revenue when compared to 2017. Therefore, as time goes on, more and more game developers might start looking to explore the potential of cryptocurrencies within this burgeoning market space — primarily through the implementation of novel in-game, asset tokenization models.

Additionally, over the course of 2018, blockchain-based games — such as CryptoKitties, My Crypto Heroes and Gods Unchained — were able to generate a combined revenue of around $500 million. And this is quite impressive, considering how nascent this market really is.

And while a lot of people may not necessarily like the idea micropayments, it appears as though this mode of transaction is here to stay. Especially with crypto entering this space, the cost of individual transactions can be reduced quite substantially, thereby allowing developers to subsidize the overall price of their peripheral content (such as downloadable content, skins, etc.). Additionally, crypto assets like Bitcoin can be scaled down quite easily, thereby making it more efficient for gaming companies to process even the tiniest of transactions.

When it comes to individual privacy and security, cryptocurrencies blow traditional credit/debit card-based payment systems out of the water. To provide more context, it is worth remembering that the Equifax data breach, which took place a few years back, resulted in the credit card details of more than 143 million Mastercard and Visa users being leaked online and sold on the darknet.

Lastly, in regard to the crypto gaming boom that is currently being witnessed worldwide, Cointelegraph recently interviewed Morten Rongaard, CEO of Reality Gaming Group, about the future of the video game market. According to Rongaard:

“When talking about the future of the gaming market, the industry continues to catch the attention of not only players of all ages in the economy, but the attention of business owners and investors as well. As an industry, gaming is undergoing impressive growth.”

Rongaard also pointed out that his company was currently in the process of bringing blockchain into the gaming world, saying:

“My vision is for gamers to be able to truly own their character, their weapons and their resources. They should be able to trade, sell and buy securely using the blockchain. That is instead of taking a risk on platforms and where you as a player have spent thousands of dollars building up a profile that you don’t even own and have no control over.”