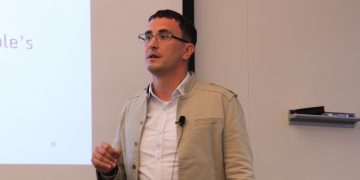 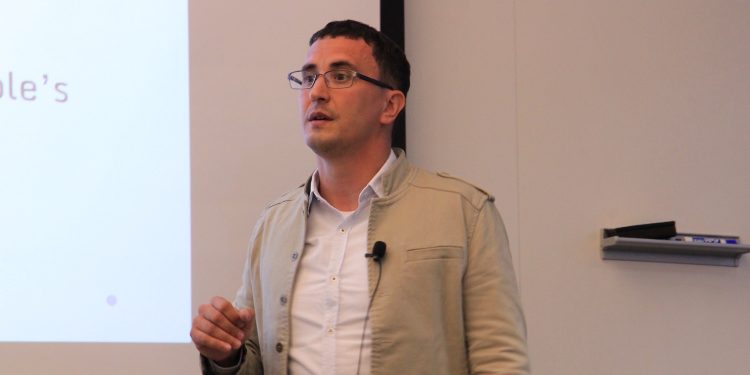 Blockchain startup Ava Labs is coming out of stealth and starting to open up its blockchain network — backed by a new consensus algorithm — to developers and users.

Ava Labs is launching a private testnet of their technology today at Token Summit, one of the many conferences taking place during Blockchain Week NYC.

Though the blockchain network isn’t ready for real money quite yet, this step is notable because, for the first time, developers outside the organization will be able to put the new code to the test based on their “Avalanche” protocol that was released last year by a pseudonymous group going by the name “Team Rocket,” referring to the villains of the Pokémon game series.

Ava is releasing the code to their launch partners, who will be able to comb through it, battle-test it, and play around with it for the first time. The code will not be completely open sourced quite yet, as Ava Labs founder and Cornell professor Emin Gun Sirer told CoinDesk. Once the code has been “scrutinized” further, a public version of the testnet will be opened up for wider use.

Backing the effort is the $6 million that Ava Labs raised in February during a previously undisclosed funding round, when it won support from notable names in the venture capital and cryptocurrency spaces. These include Andreessen Horowitz, Polychain, former Coinbase CTO Balaji Srinivasan, Metastable, Initialized and Ramtin Naimi of Abstract Ventures.

Ava’s project forms part of a much wider degree of interest within the academic world in exploring consensus protocols that serve the same purpose of proof-of-work — securing transactions  — but are more energy-efficient and have the potential to provide a basis for democratic development and the inclusion of more users in the consensus process. (Though it’s worth noting that some experts are skeptical that protocols with similar goals work in practice — so far, at least.)

Still, Sirer argues that Ava Labs’ implementation of Avalanche represents a breakthrough and a step forward for the ecosystem as a whole.

“We already have something that works and want to show people who are interested in it.”

Proof-of-work itself is revolutionary, Sirer contends, as it revolutionized what researchers thought were possible of consensus protocols for 45 years. “This third approach combines the best of both worlds,” he said.

He added that Ava is faster and more scalable, “allowing us to open up a new level of decentralization.”

Ava Labs also claims to have made another “breakthrough” that Sirer says is just as revolutionary as Avalanche, but hasn’t been revealed until today.

It boils down to this: in all blockchains launched thus far, all the nodes have to agree on certain criteria. All nodes utilize the same “scripting language” for smart contracts, for example.

Ava, by contrast, offers a “heterogeneous network,” allowing nodes across the system to have different properties. Essentially allowing different groups in the network to “plug-and-play” different features.

“This is a different type of a universe,” Sirer said, comparing Ava to other popular public blockchains like EOS and ethereum. “Ava has an interoperable framework, but then you have smaller and smaller universes of your own that have minimum properties.”

One could decide to add zk-SNARKS, a bleeding-edge privacy technology, in their own universe, for example. Still, it’s worth noting that some researchers are skeptical of Avalanche, the new concept Ava is putting into practice.

For example, ethereum researcher Vlad Zamfir debated Sirer about its features on Twitter back when Avalanche was first revealed. Zamfir’s opinion on the topic is held in high regard because he’s also been trying for years to develop a greener algorithm for etheruem, the largest smart contract blockchain out there today.