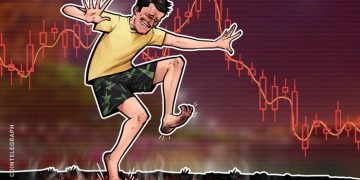 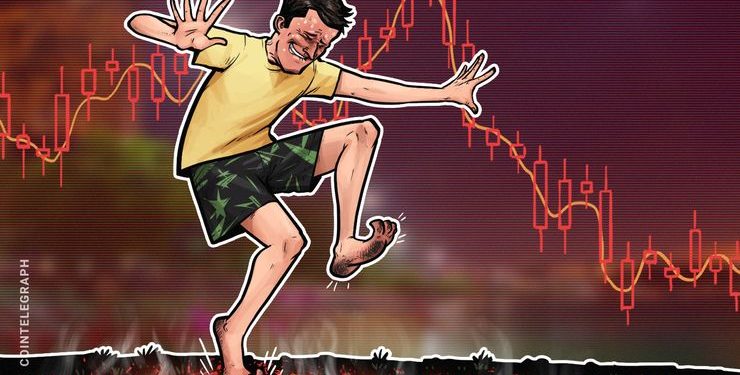 Monday, Feb. 25: cryptocurrencies are today seeing a blood-red market rout, with virtually all of the top 20 coins posting losses of between 7 and 17 percent, as data from Coin360 shows.

Top cryptocurrency Bitcoin (BTC) is down a round 8 percent on the day and is trading around $3,836 to press time, according to CoinMarketCap data. Today’s crash is the second day the coin — and wider market — is reporting losses, with Bitcoin having yesterday tumbled from an intraday high of $4,210 to around $3,800. The sharp downturn has squeezed the cryptocurrency’s gains on the week to just above 2 percent. 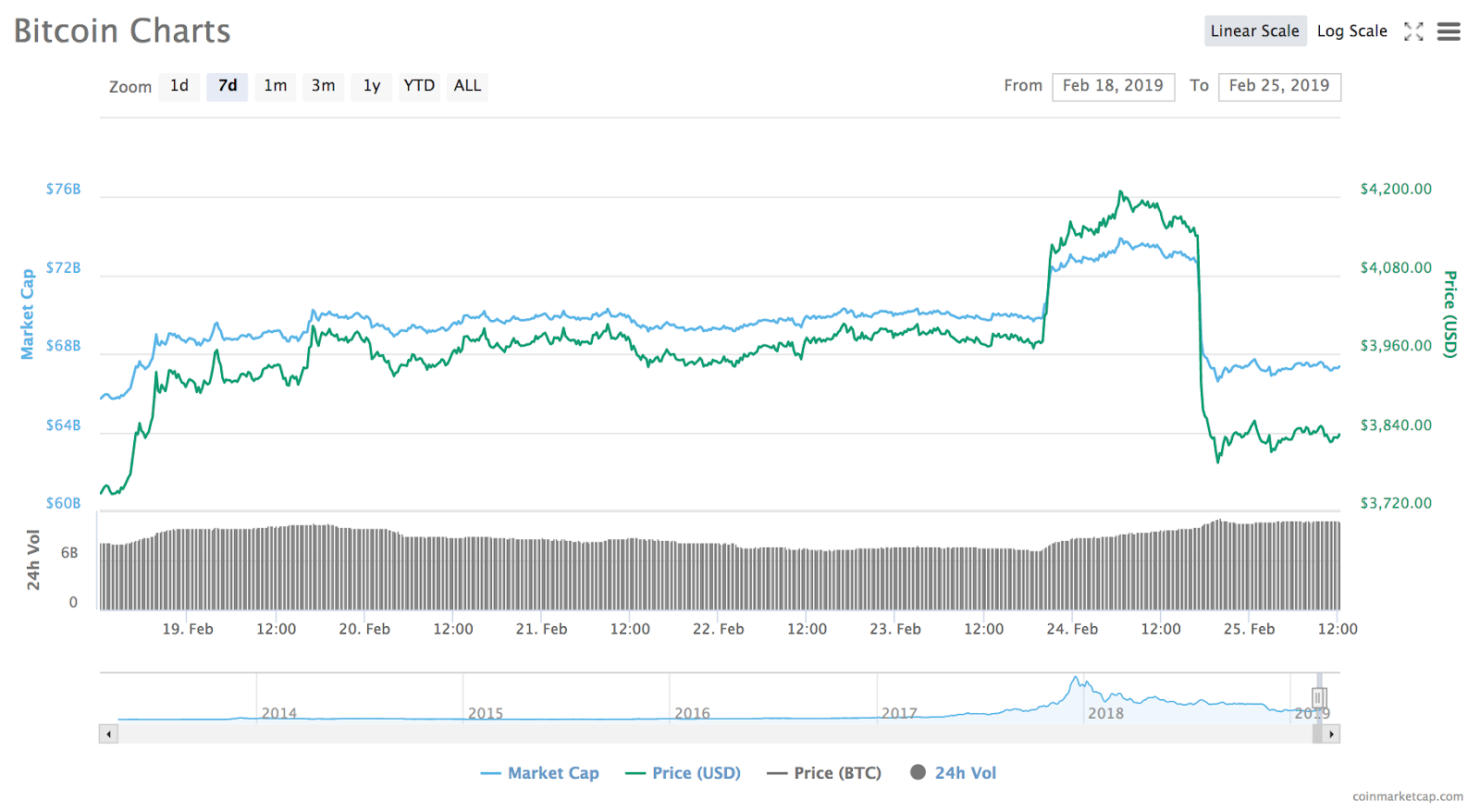 Ethereum (ETH) has seen an even more severe downturn, shedding 14.6 percent on the day to trade at roughly $140 to press time. As with Bitcoin, the leading altcoin plummeted yesterday from a price point close to $150 down to below $140. Earlier today, the coin reported an intraday low of $135, having since mildly recovered. On the week, Ethereum is virtually breaking even, up by a fractional 0.2 percent. 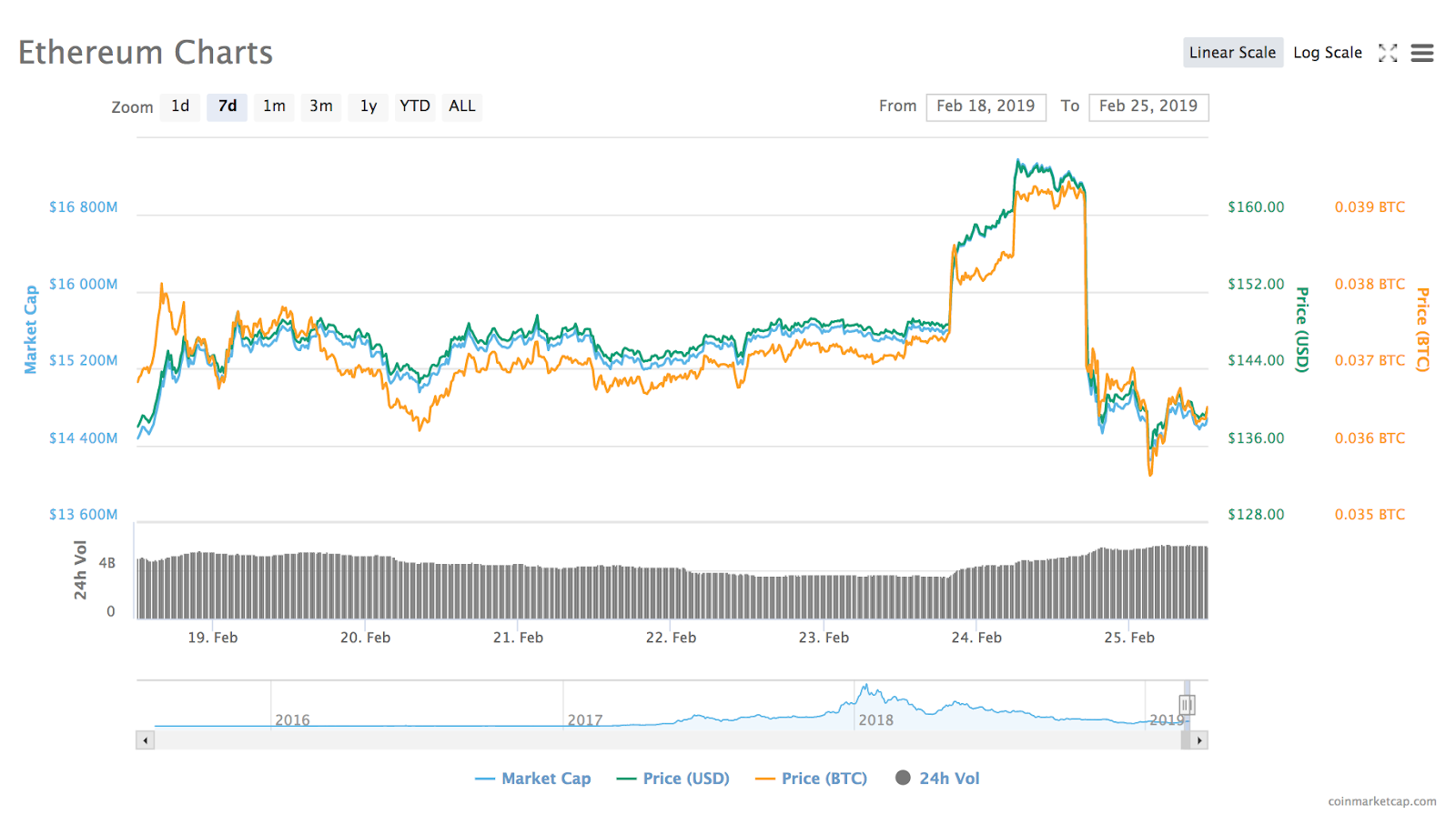 Third-largest crypto asset Ripple (XRP) has seen 9.4 percent in losses on the day and is trading around $0.305 at press time. After a 24-hour low of $0.302, the coin has gained some ground in recent hours. The market downturn has brought XRP’s 7-day losses to 2.2 percent. 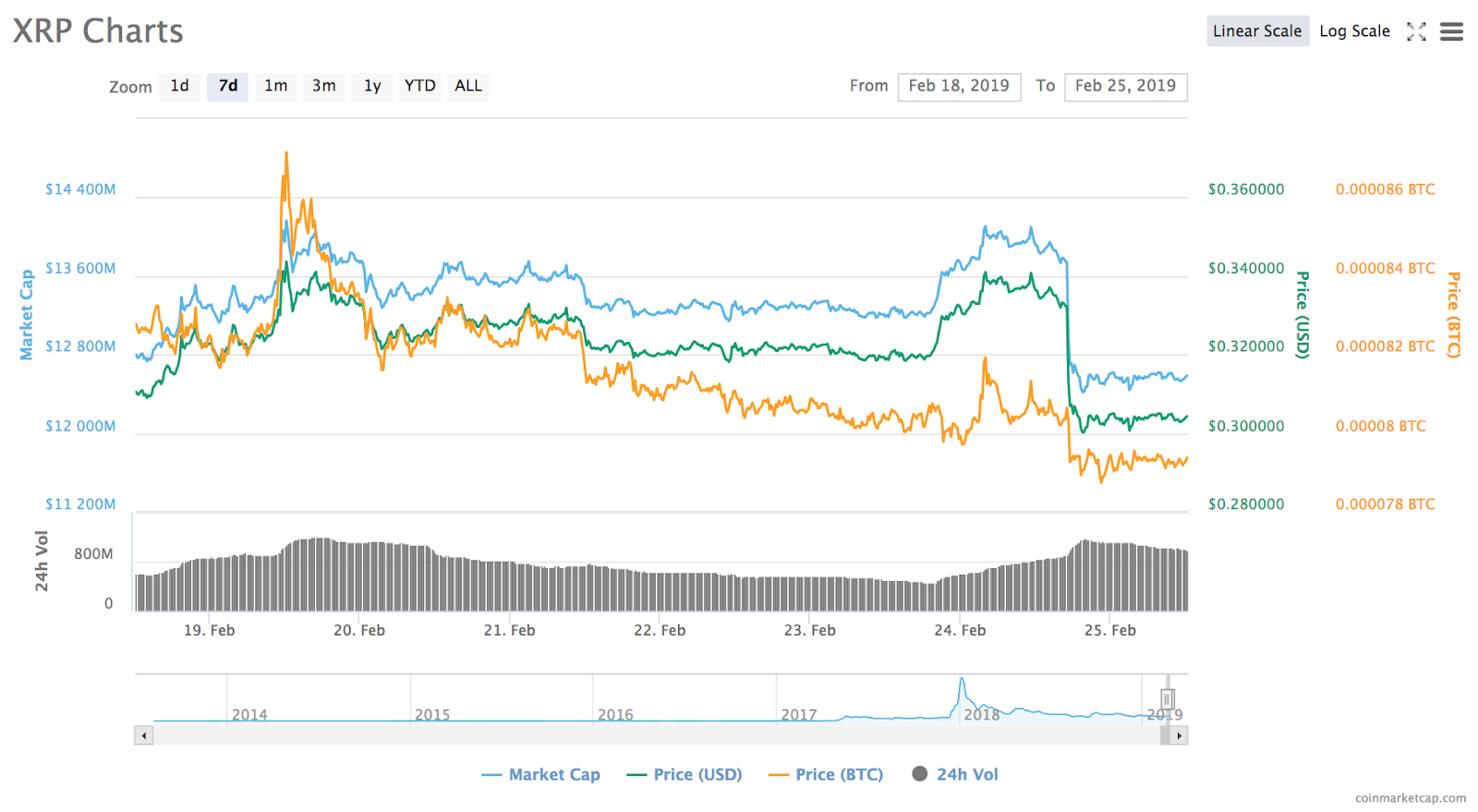 Among the top 20 coins, Ethereum Classic (ETC), Cardano (ADA) and IOTA (MIOTA) — ranked 18th, 11th and 14th largest respectively — are down 14.4, 12.4 and 11.9 percent each. Native crypto exchange token Binance Coin (BNB), ranked 10th, is seeing the mildest 24-hour losses among all the top twenty cryptos, trading down by around 7 percent on the day.

The total market capitalization of all cryptocurrencies is around $129.2 billion as of press time, down from an intraweek high of around $143.9 billion during early trading hours on Feb. 24.

In crypto industry news, a fresh casualty of the protracted crypto winter was revealed, with Huobi Australia ceding its operations to management under the Huobi Global canopy, citing poor market conditions and recent redundancies.

In South Korea, Coinbin — the cryptocurrency exchange that had taken over hacked exchange Youbit — recently confirmed its bankruptcy filing, owing users almost $30 million as a result of alleged embezzlement from a top executive.

Major Asian stock markets are today seeing a major rally, after United States President Donald Trump announced he would delay an increase in tariffs on Chinese goods, which had been due to take effect on March 1.

For mainland China, the Shanghai composite is up a strong 5.6 percent, with the Shenzhen composite up 5.2 percent — both at multi-month highs. Hong Kong’s Hang Seng index is up 0.5 percent, with Japan’s Nikkei 225 index up 0.5 percent. The Australian dollar, a proxy for Chinese trade, is also today up against the U.S. dollar.