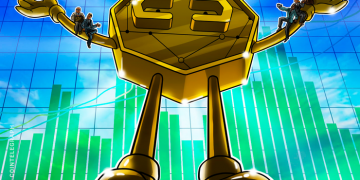 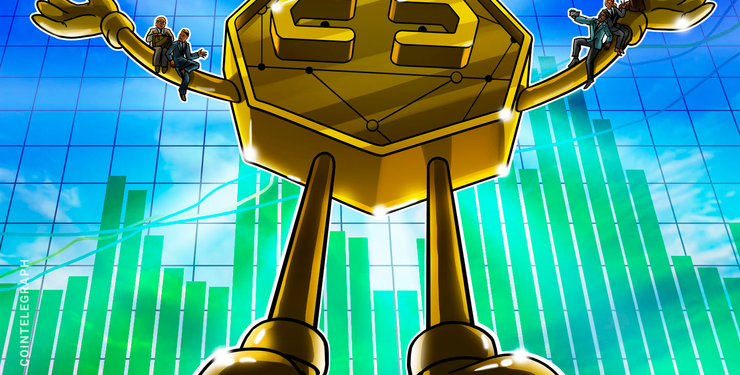 Thursday, July 25 — After breaking its psychological price point of $10,000 earlier today, Bitcoin (BTC) has been hovering around the position during the day, with other major cryptocurrencies also trading in the green. 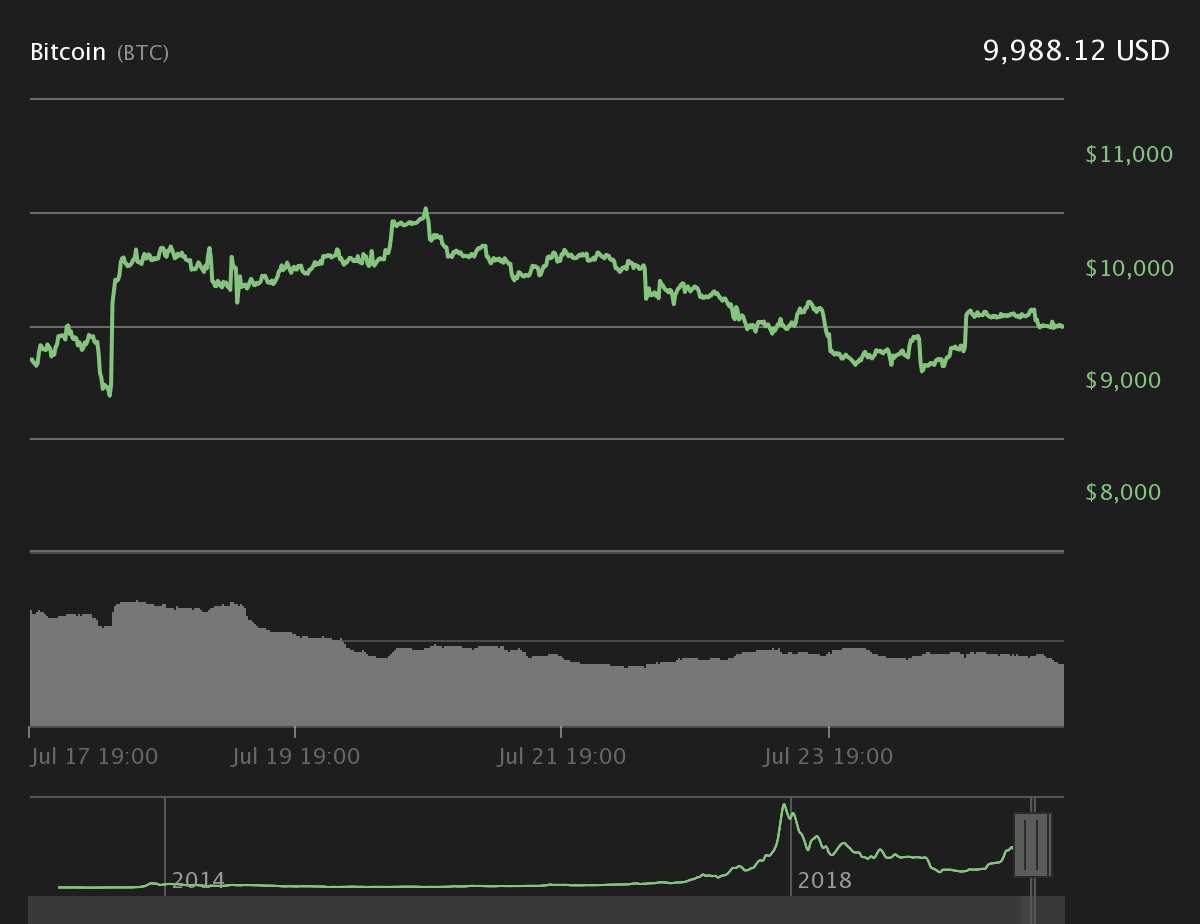 Ether (ETH) is trading around $221 at press time, having gained nearly 5% on the day. The altcoin started the day at around $216.70, gradually reaching the current price point. Over the week, the largest altcoin by market cap registered its lowest price point of around $204 on July 24 and hit the highest value of around $234 on July 20. 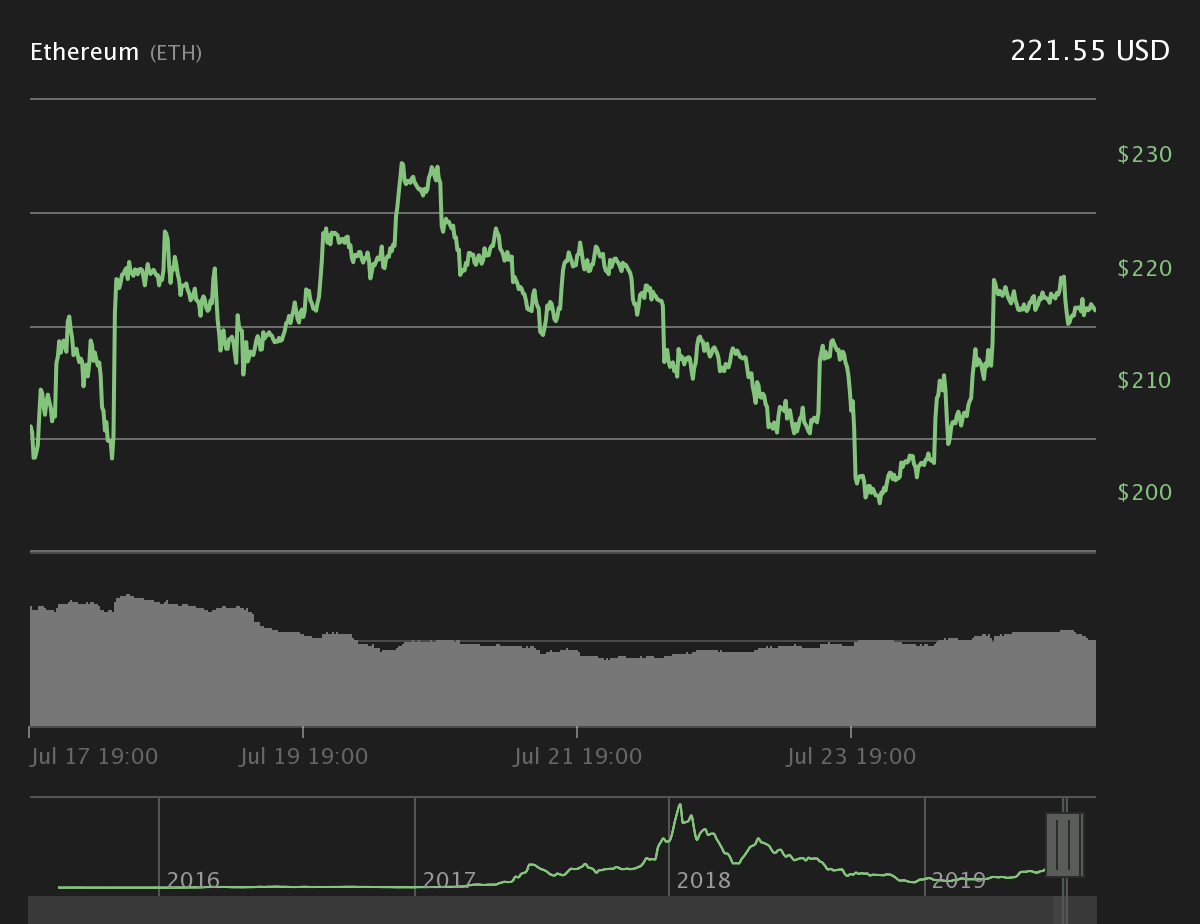 The total market capitalization of all digital currencies is at around $266.9 billion at press time, having started the day at $271.7 billion. The weekly high of the metric was around $300.2 billion on July 21.