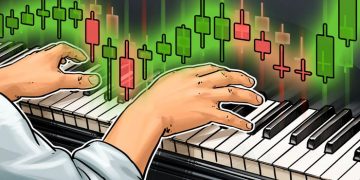 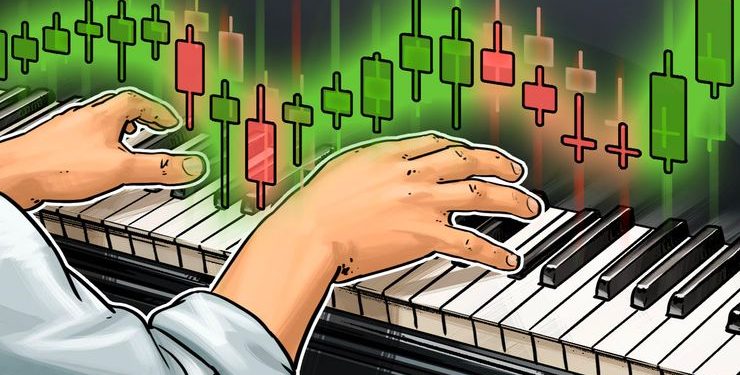 Friday, Jan. 11 — after a major price rout yesterday, many cryptocurrencies are today clawing back lost ground, with most of the major coins tipping back into the green, as Coin360 data shows.

Having reclaimed the $4,000 mark Jan. 6 — which it comfortably held for several days —  the fresh downturn has brought Bitcoin to a mild 2.4 percent loss on the week. On the month, the coin remains up by 8 percent.

Ripple (XRP) — which yesterday dislodged Ethereum yet again as largest altcoin by market cap — has seen little price change on the day, growing 1.5 percent to trade ~$0.33 at press time. Before yesterday’s steep losses, the asset had hit an intraweek peak of ~$0.38. Ripple is now down close to 5 percent on the week, but remains up a solid 15 percent on the month.

Ethereum (ETH) is seeing minor negative price fluctuation on the day, currently down just 0.22 percent to trade at $128. With a market cap of $13.3 billion, Ethereum has only just fallen behind Ripple, which has a market cap of nearly $13.8 billion to press time, according to CoinMarketCap data.

Yesterday’s double-digit losses have brought Ethereum to a stark 15 percent in the red on its 7-day chart. On the month, growth remains at a bullish 45 percent.

Among the remaining top twenty coins on CoinMarketCap, the top ten are mostly stable — seeing 24-hour price changes of within a just 2 percent range in both directions — with Bitcoin Cash (BCH) seeing the most change among the top ten, down just 1.80 percent to trade at 132.50.

Widening out to the top twenty, virtually all altcoins are seeing more substantial growth of at least 2 percent, with NEM (XEM), Ethereum Classic (ETC), Zcash (ZEC) and Binance Coin (BNB) all seeing solid growth of 4-5.5 percent on the day. Newly-forked Bitcoin SV (BSV) is meanwhile down just 1 percent on the day to press time.

Total market capitalization of all cryptocurrencies is at around $123.7 billion as of press time — up about $1 billion from where it started yesterday at $122.8 billion.

As reported today, Vinny Lingham — CEO of blockchain identity platform Civic — has revised his short-term Bitcoin price prediction, anticipating the coin will likely trade sideways between $3,000 and $5,000 for another month or two, before it either breaks up or further downwards.