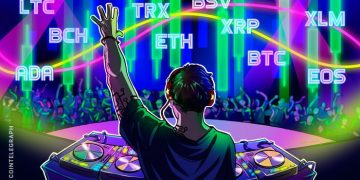 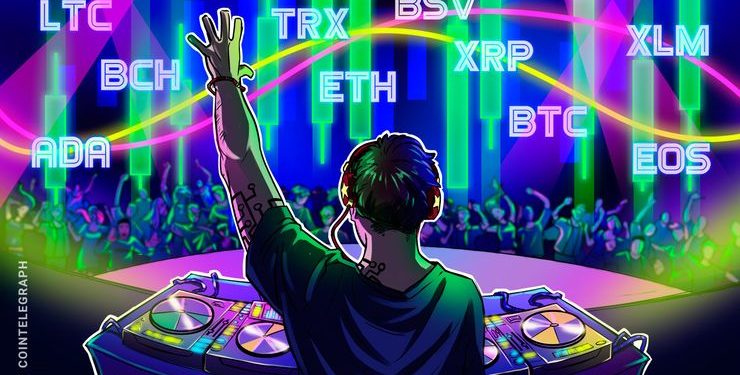 When a price is forming a bottom, it is usually volatile as both the bulls and the bears are trying to gain the upper hand. In a bear market, any negative news is met with strong selling and that is what has happened over the past two days. The 51 percent attack on Ethereum Classic has spooked the sentiment and dragged the prices lower.

While the most recent fall shows that the sentiment is still fragile, a strong rebound from the current levels would indicate that there is demand on the dips, a markedly bullish sign. However, if the cryptocurrencies instead plummet to new lows, it would be a bearish sign.

CEO and co-founder of Circle, Jeremy Allaire, believes that the lack of regulatory clarity from the United States Securities and Exchange Commission (SEC) is the main hurdle facing the nascent asset class. According to him, cryptocurrencies will receive a boost when this issue is resolved.

Bitcoin has turned down from the neckline of the inverse head and shoulders pattern. If the price doesn’t stop at the current levels, it can retest the low of $3,236.09.

Both moving averages are flat and the RSI is seeing support at the trendline. If the BTC/USD pair turns around from the current levels, it will again attempt to break out of the neckline. If successful, it will complete the bullish inverse head and shoulders pattern. The traders can wait for a breakout and close above $4,255 before buying.

Another possible scenario is that of a range formation for a few days. We might suggest new positions after the support and resistance levels of the range are well defined.

After staying flat for the past few days, the moving averages have started to turn down, and the RSI has also dipped into the negative territory. This suggests that the bears have the advantage. The XRP/USD pair might drop to the bottom of the descending channel. The traders should wait for a reversal pattern to form before initiating a trade in the pair.

After failing to break out of $167.32 for the past few days, Ethereum turned down on Jan. 10. It easily sliced through the 20-day EMA and is currently trying to hold the 50-day SMA.

If the bulls defend the 50-day SMA and the ETH/USD pair turns around, it will indicate strength. On the other hand, if the bears sink the price below $116.3, it can dip to $100 and below that to $83. The flat moving averages point to a consolidation in the near term.

We suggest traders wait for a clear range to be defined or for the price to scale $167.32 before buying.

After consolidating for the past few days, Bitcoin Cash broke down of the range on Jan. 10. It can now drop to $100, which is a psychological support. If this level also breaks down, the price can plunge to $73.5.

The 20-day EMA is turning down after being flat for the past few days, which confirms that the sellers have an advantage in the short-term. The 50-day SMA is sloping down, which indicates that the long-term trend is down.

If the bulls push the BCH/USD pair back into the range, it will be the first indication of buying at the lows. We couldn’t find any reliable buy setups, so we are not proposing a trade in it.

If the EOS/USD pair plunges and closes (UTC time frame) below the range, it can retest the lows. Though there is a minor support at $2.1733, we expect it to be broken.

However, if the support of the range holds, the consolidation is likely to continue. The longer the consolidation, the stronger the breakout. Therefore, we suggest traders buy on a breakout and close (UTC time frame) above $3.2081. Until then, we remain neutral on the cryptocurrency.

The 20-day EMA is turning down after remaining flat for the past few days. This shows that the bears again have the upper hand in the short term. The 50-day SMA continues to slope down, which suggests that the long-term trend is still down.

A breakdown of the Dec.15 low will resume the downtrend. Our bearish view will be invalidated if the XLM/USD pair reverses direction and breaks out of $0.13427050.

Litecoin has dipped back below the neckline after failing to rally in the past few days. If the price sustains below the neckline for two more days, it will confirm that the recent break out of the inverse head and shoulders pattern was a fake move.

On the downside, if the $29.349 support breaks, the probability of a drop to $23.1 increases. Hence, the traders who have long positions should keep their stops at $27.5.

If the LTC/USD pair bounces off either the 20-day EMA, or the 50-day SMA, it will attempt to break out of $36.428 and rally towards $47.246. However, the flattening moving averages and the RSI near 50 levels point to a consolidation in the near term.

The tight consolidation has resolved to the downside. The breakdown below $80.352 is likely to push the price to the immediate support of $65.031. If this support also breaks, a retest of the lows is probable.

Our bearish view will be invalidated if the bulls push the price back above $80.352 within the next two days. We shall turn positive after the BSV/USD pair rises above $102.58. Until then, we suggest traders remain on the sidelines.

After sustaining the breakout above the neckline of the inverse head and shoulders pattern for four days, Cardano has dipped back below it.

If the bulls fail to push the price above the neckline within the next two days, the probability of a fall to $0.036934 will increase. Therefore, the traders who had purchased on our earlier recommendation should close the position without waiting for the stops at $0.036 to be hit.

Both moving averages are flat and the RSI is also close to the neutral territory, so the probability of a consolidation in the next few days is high. If the ADA/USD pair quickly bounces off the 20-day EMA and scales the neckline once again, it can rise to $0.060105, followed by a move to $0.066.