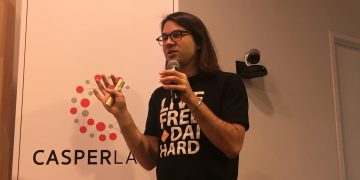 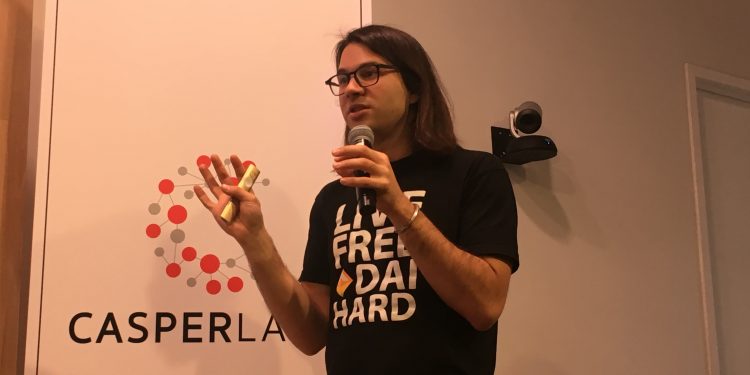 A new startup called CasperLabs has launched with the aim of building a new blockchain based on a version of proof-of-stake (PoS), the experimental consensus protocol most associated with ethereum.

Ethereum Foundation researcher Vlad Zamfir will serve as lead consensus protocol architect of the company, confirming earlier reports of his association with the startup. Going forward, CasperLabs plans to sponsor much of Zamfir’s research on PoS so as to deploy a “fully decentralized, sharded and scalable next-generation blockchain.”

Zamfir further told CoinDesk he would be tasked with “producing protocol specifications” in his new role that would “support the [CasperLabs] team” in understanding the eventual technology created. Zamfir will not be coding the blockchain itself, and will be helping strictly as a researcher.

One of a wide array of cryptocurrency consensus models designed to validate transactions without relying on proof-of-work mining (in which users solve computationally-intensive puzzles in order to append new blocks to the blockchain), PoS has arguably yet to see significant large-scale testing.

Within PoS, there are even competing designs for how to implement the idea, but the one designed by Zamfir in the early days of ethereum is called Casper Correct by Construction (CBC).

As stated in today’s press release:

“[Casper CBC] promises to scale the blockchain with sacrificing decentralization … By removing the mining required by traditional proof-of-work protocols, it will be more ecologically and economically efficient and secure than pre-existing [blockchain] systems.”

Zamfir also spoke during the event today in New York commemorating the launch of the startup, alongside CEO of CasperLabs Medha Parlikar and lead developer Michael Birch.

While he did not address his involvement in the project directly, Zamfir spoke heavily about his research on the process of sharding – that is breaking up a distributed system into multiple different parts – in the context of a Casper CBC framework.

Casper CBC was developed in parallel with Casper the Friendly Finality Gadget (FFG) – which was created by founder of ethereum Vitalik Buterin and researcher Virgil Griffith. The two distinct PoS models draw heavily on much of the same pioneering research to do with validator reward staking and slashing conditions.

While both Casper CBC and FFG were discussed within the context of the roadmap for the ethereum blockchain, the broader community deemed Casper CBC a less production-ready version of PoS back in 2017 that could stand to wait until Casper FFG is fully implemented on ethereum.

Now, as development for Casper FFG continues on the ethereum blockchain, Zamfir will also be extending his research on Casper CBC, providing key analysis and review on various aspects of the CBC model including economics modalities, key parameters for configuration and more.

Zamfir said in today’s press release: “I’m excited that CasperLabs has taken an interest in implementing a scalable blockchain protocol from the CBC Casper family of protocols, and hope that their efforts are both independently successful and put pressure on other projects – like ethereum – to adopt the technology.”

CasperLabs is fully funded by parent company Adaptive Holdings, which is headed by CEO Mrinal Manohar.

As stated in a report about CasperLabs by crypto publication TheBlock, the startup has already received up to $20 million in verbal commitments by deep-pocketed investors such as the Galaxy and BlockTower. The company has yet to confirm any details about its funding.