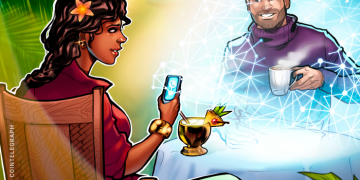 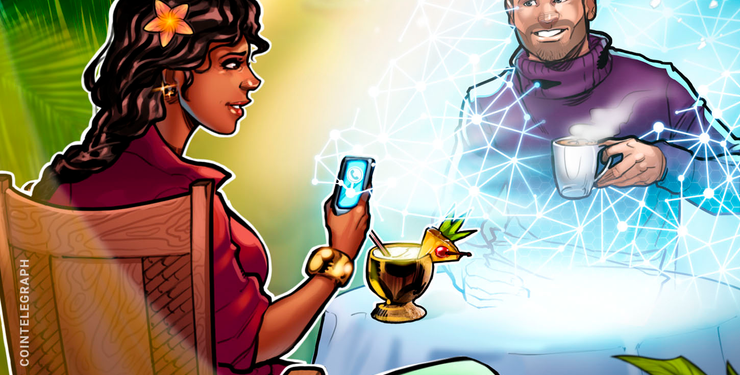 “[X-Number of] Industries Blockchain Will Disrupt” — How often do you come across articles with a headline like this? Every time, we discover new ways to implement the tech and, while being filled with inspiration, look around to see no practical change. Speaking about blockchain in use, we should therefore consider its potential rather than today’s use cases.

It’s no wonder why blockchain seems to be “the one” for many industries in which data processing is involved (side note: everywhere). It especially happens to be the solution in industries in which security matters the most — e.g., banking, logistics, health care, voting systems, cloud storages and so on. Blockchain grants all wishes when it comes to immutability and secure authentication, and promises to solve most if not all challenges that industries face.

Here, Cointelegraph will list seven ways that distributed ledger technology can be implemented in the telecommunications sector.

Telecom companies connect people with each other via telephones and the internet over cables or wirelessly. The telecommunications industry turns out to be dramatically outdated, as it is based on Subscriber Identity Module (SIM) cards that were developed back in 1991. The good news is that SIM cards are slowly being replaced by eSIM cards, which is a digital chip that does the same job. But it is not enough to simply settle for the comfortable and quick installation offered by new generation cards — and that’s why telcos are turning to the blockchain, which knows how to treat data the right way.

Both providers and subscribers struggle with roaming, high fees, risk of fraud, privacy issues and much more. After exploring potential solutions, decentralization could be the key to solving those issues.

In a capitalist society, there are very few things that are free of cost. However, several telecom providers have come up with a model for communications in which subscribers not only are free of fees but even get rewarded for engagement. This idea might come to light thanks to digital advertising. Essentially, subscribers become token holders and don’t need to pay a dime for mobile service and data, while telecom companies receive revenue from ads.

Traveling without roaming, no kidding

As well as unnecessarily high fees, roaming is something most would not want to spend a fortune on. Travelers suffer from increased fees abroad because they usually have only two options: either to purchase a prepaid local SIM card or to turn on roaming. There’s a blockchain-based solution for this issue, unsurprisingly.

Telecom company Bubbletone is developing a private blockchain for mobile operators and service providers to allow direct interaction with subscribers, eliminating roaming around the globe. The team has introduced Global Coverage, a platform on which participants place requests and offers, and operators can distribute SIM cards among clients — allowing them to upload their local mobile profiles via encrypted SMS messages or data channels to buy service packages. And all of this at local prices while using their existing SIM.

IBM published a code pattern in which it provides a solution for roaming too. The idea is not to eliminate fees but to “avoid disputes between the parties involved” that could arise on the grounds of billing for mobile services.

Related: 10 Things to Track With Blockchain

Decentralization of mobile and data services erases boundaries between countries, providing users with communication opportunities in accordance with the trend of total globalization. This model should be more efficient than usual prepaid plans for travelers, since the acquisition cost decreases while average revenue per user and lifetime value would increase.

Recent years have shown that users are becoming more and more concerned about their data’s safety (or, in other words, their privacy). With large social media corporations allegedly selling users’ data, people are becoming very aware of what they let the internet know about themselves.

Encrypted messaging services are nothing new. International giants such as WhatsApp, Telegram and Viber are the leaders in this field. However, blockchain brings privacy to a new level: Private keys do not let third parties access anyone else’s messages, making users’ activity completely invisible.

We always have a hard time letting unused products go to waste. Unlike dairy products, mobile service shouldn’t have an expiration date. So, another use case for blockchain in telecommunications is the trading of unused data. According to Ericsson ConsumerLab’s research, “Consumers become increasingly aware of the amount of unused data they are left with each month,” which means there must be an option to make benefits out of leftovers.

A telco named Dent claims that its mission is to liberate mobile data by creating a marketplace for the buying and selling of data packages. One of the features of its app enables the trade of users’ unused data.

According to Deloitte research, telcos lose $38.1 billion every year due to fraudulent schemes. Most of the fraud in telecommunications occurs either when people use fake identification to purchase services or are left vulnerable when roaming.

Blockchain implementation could change that: Mobile device would be tied to the owner’s identity, but instead of broadcasting the International Mobile Subscriber Identity, the owner’s public key would be used. Neither the operator nor any other third party would need to know the private key.

Meanwhile, the risk of fraud when roaming could be diminished by implementing a permissioned blockchain — i.e., one that limits parties that can access the chain and transact on it — between every pair of operators that have a roaming agreement. Every time a subscriber takes action in the welcoming network, a micro contract and the terms of the agreement are carried out.

Data transmission for the Internet of Things

The Internet of Things (IoT) is when your dishwasher and garage door communicate with each other more often than you do with your close relatives. This means that several devices interact over the internet, and the risk of some stranger’s device interrupting the communication is quite high. Dishwashers might not have any secrets, but, for example, medical devices and lockboxes connected to the IoT regularly deal with sensitive information. No one would want it to be exposed to outsiders. Here, blockchain could create a safer environment for data transmission, which is still within the realm of telecommunications. Moreover, blockchain helps reduce expenses associated with IoT maintenance.

Iota, an open-source digital ledger, aims to power IoT with free microtransactions and data integrity for machines. The company offers a secure and scalable solution for a permissionless machine economy.

Huawei, a major telecom company, has developed an IoT connection management platform ensuring a “full connection between people and things.” The company offers edge computing IoT and NarrowBand IoT, which is a match for cases when the reliability of data transmission matters more than its speed. These bring wider coverage, lower data rates, costs and power consumption, as well as an increased average revenue per user to different industries.

Even if mobile carriers remain down-to-earth and don’t support blockchain solutions, paying bills via the internet is still an option for many. Blockchain allows for carrying out safe transactions, which is why so many payment services are based on distributed ledger technology.

Beluga Pay is a startup focused on instantaneous payments performed on the blockchain. The service allows for users to pay and be paid in fiat money, cryptocurrency or Beluga’s BBI tokens. Utrust, another blockchain-based crypto payment platform, guarantees complete buyer-protection for purchasing both goods and services.

Switzerland-based telecom provider Swisscom, apart from offering mobile, TV, telephone and internet services for individuals, designs and hosts distributed ledger solutions for enterprises. The intention is to help move diverse industries forward with their expertise in the field.

Although blockchain implementation is still facing noticeable resistance among the masses when it comes to facilitating payments, the room for improvement of the telecommunications industry is nearly infinite — and if something can make it more efficient, faster, cheaper and safer, it is blockchain.