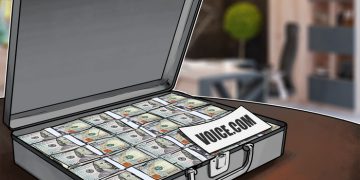 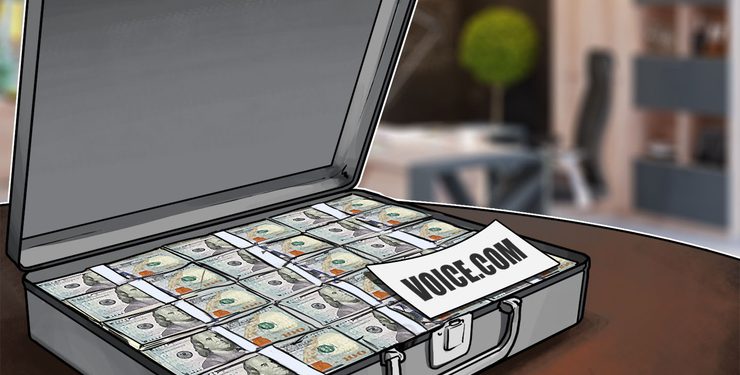 Eos (EOS) developer Block.one has paid $30 million in cash to purchase a domain name for its new blockchain-based social media, called “Voice.” The development was revealed in a filing published by the United States Securities and Exchange Commission (SEC) on June 18.

According to the SEC filing, submitted by enterprise analytics and mobility software provider MicroStrategy, Block.one’s domain name purchase of “voice.com” was enabled by web domain registrar GoDaddy and concluded on May 30, 2019.

In an official statement, Marge Breya —  senior executive vice president and chief marketing officer at MicroStrategy — outlined what she believes to be the advantages of the purchase:

“The word ‘voice’ is simple and universally understood. It’s also ubiquitous — as a search term, it returns billions of results on the internet. An ultra-premium domain name like Voice.com can help a company achieve instant brand recognition, ignite a business, and massively accelerate value creation.”

As reported, Block.one announced the creation of Voice at the beginning of June, claiming that its basis on the EOS blockchain will provide more transparency than traditional social media platforms.

In the wider social media and blockchain space, Facebook has this week published the white paper for its long-awaited cryptocurrency and blockchain-based financial infrastructure project, dubbed “libra.”

Soon after publication, the chairwoman of the U.S. House of Representatives’ Financial Services Committee requested that Facebook halt development of the token until Congress and regulators have the opportunity to evaluate related issues.