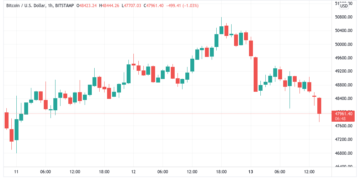 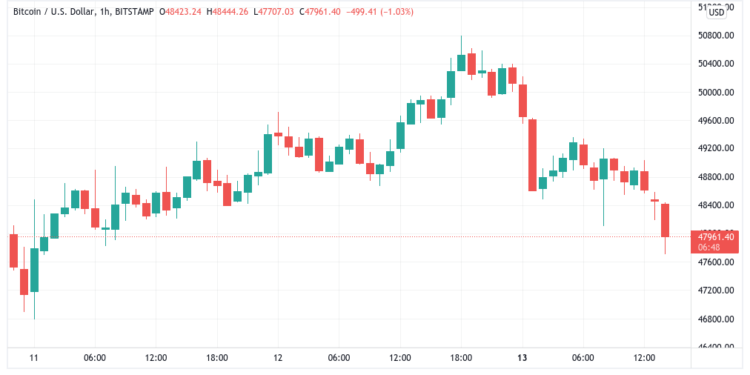 Bitcoin (BTC) fell when Wall Street trade opened on December 13 as markets recovered from their record closing on December 10.

At the time of writing, data from Cointelegraph Markets Pro and TradingView showed that Bitcoin/USD had fallen below $48,000 and had reached multi-day lows.

Equities had been tipped to add to all-time highs prior to the start of trading, this getting off to a cold start on the day, with gains slipping.
As a result, Bitcoin contributed to losses that reached more than $3,000 in just 24 hours.

As a result, traders continued to look for sideways or consolidating movements in the near term, avoiding making any outright bullish predictions.

On a new chart forecast, Scott Melker, aka the Wolf of All Streets, expressed his displeasure by saying, “Something like this would drive people insane.”

“This is what I have been preparing myself for since the drop 10 days ago. I would prefer Up Only, so let’s hope that’s what we get.”

Others had predicted that the current period of sluggish price action would end in 2021, but on-chain measures predicted a return to strength for markets in the following year.

According to trader and analyst Rekt Capital, Bitcoin may be experiencing a consolidation period similar to the one it experienced following its meltdown in May 2021 on the day in question.

As Bitcoin plummeted, the outlook for altcoins grew gloomier, raising the possibility that the return of “altseason” might have to wait.

Despite the fact that bitcoin market capitalization domination is hanging near six-month lows, it has managed to climb back above 40% following a minor dip on December 9.

Recent price movements in alternative cryptocurrencies, especially the exchange rate of Ether (ETH) against Bitcoin (BTC), which reversed from three-year highs to challenge fresh support, were further threatened by the latest move.